Rhys McClenaghan Attitude Should Inspire All After Olympic Heartbreak

There was disappointment for Rhys McClenaghan in the pommel horse at the Olympic Games on Sunday. Ireland's big gymnastics medal hope finished seventh in the final after a slip early in his routine.

The 22-year-old scored 13.100, well below the 15.266 which he had managed in qualifying. That is a score which would have been good enough for the bronze medal in the final.

Newtownards man McClenaghan had already made history at the Games by becoming the first Irish gymnast to qualify for an Olympic final.

"I know that I'll feel disappointment with this performance but that's OK," he told RTÉ.

"I feel like that when I do feel disappointment, that's when I'm more motivated than ever, more hungry than ever. I'm definitely the type of person to turn a negative into positive. That's exactly what I'm going to do.

"I'm going to leave this arena with this incredible experience: Becoming an Olympian, becoming the first Irish gymnast to be an Olympic finalist. That's something that is very special to me. That's my achievement that I've made here at these Olympic Games.

"I will be more hungry. This is a very early chapter in my gymnastics career.

"It didn't go my way today; one finger placement is all it took to knock me off the horse. That's the fine margins that are in this game - it's brutal." 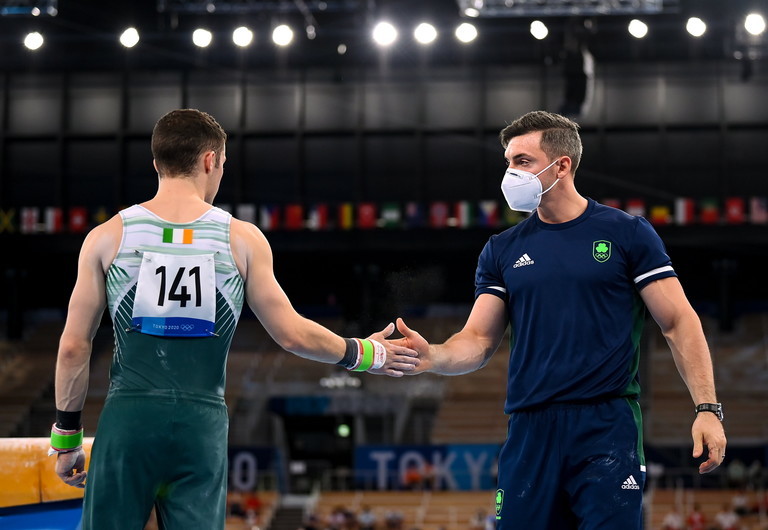 He explained that his finger got caught under the pommel horse's handle, causing him to lose momentum.

"That was the only the second time in this whole competition build-up that I've fallen off the horse. That's an incredible statistic, and something I should take pride in.

"I've enjoyed the journey, and that's a victory for me. It's definitely not the end of the journey by any means.

"My finger got caught under the handle. It throws off your whole momentum - what can you do?

Rhys McClenaghan says "it didn't go my way" after his seventh-place finish in the #olympics pommel horse final but vows that "this is not the end of the journey".#tokyo2020 #RTESport #gymnastics 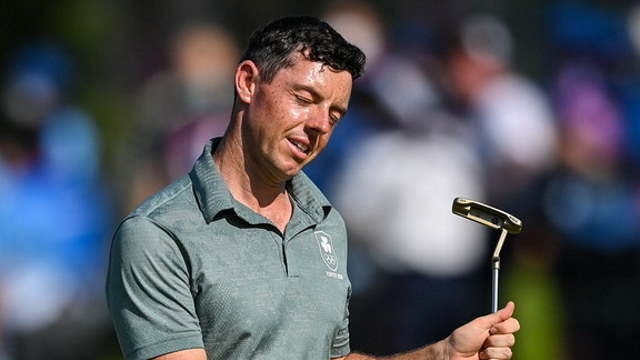