Rory McIlroy was eliminated on the third hole of a playoff for the men's golf bronze medal at the Olympic Games on Sunday. CT Pan eventually won the bronze.

Xander Schauffele won the gold medal on 18-under, while Rory Sabbatini - who shot a 10-under final round - won the silver on 17-under.

McIlroy was in the second group of the playoff with Hideki Matsuyama and Paul Casey. The first group featured CT Pan, Collin Morikawa, Mito Pereira, and Sebastian Munoz. On the final hole of the fourth round, both Casey and Matsuyama missed birdie putts which would have won them the bronze medal.

McIlroy ended up in the bunker off his tee-shot on the first playoff hole, and laid up with his second shot. His third landed within eight feet, and he then sunk an eight-foot putt for par.

All four players in the first group had parred the first. Paul Casey and Hideki Matsuyama were both eliminated after the first playoff hole.

On the second playoff hole - the par-three 10th - McIlroy's tee-shot landed on the fringe of the green. His birdie putt came up short. Just like all four others left in the playoff, McIlroy parred the hole.

McIlroy's tee-shot on the third playoff hole - the par-four 11th - was a beauty, and left him with a wedge shot to the green. His approach gave him a chance of a birdie, but Pereira, Morikawa, and Pan also hit fine shots.

Pereira's birdie putt lipped out and McIlroy's caught the hole but did not drop. It meant Pan and Morikawa were left fighting for the bronze medal. 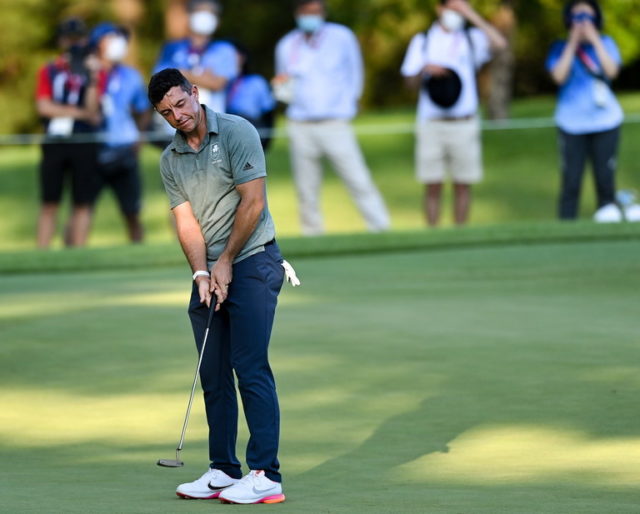 1 August 2021; Rory McIlroy of Ireland reacts to a missed putt on the 11th during the bronze medal play-off at the 2020 Tokyo Olympic Games. Photo by Ramsey Cardy/Sportsfile

On the fourth playoff hole, which saw the two return to the 18th, Morikawa ended up with a tough lie in the bunker, and Pan held his nerve to win the bronze.

"I never tried so hard in my life to finish third," McIlroy told RTÉ.

"I gave it my all out there today. I played the last two holes in regulation really well. I thought I played well in the playoff, had a good part on 18 to keep it going. I had a good chance there on the third playoff hole. It just slid by on the right.

"I'm proud of how I played this week, and how I competed. I'll look back at this week with nothing but great memories.

"It's not just another golf tournament - I'll put it that way. You're a part of something that's much bigger. I'm really looking forward to Paris in three years time. It's been really good. Hopefully, Shane and I make the team again because I really enjoyed his company this week. I keep saying that it's a throwback to our amateur days. I really enjoyed that."

Asked if he would like to play with Lowry at the upcoming Ryder Cup, McIlroy said:

"I wouldn't mind that. I think Shane and I would both like that. This is going to be my sixth Ryder Cup. Obviously, it will be Shane's first. If Padraig (Harrington) is looking for someone to take rookie around, I would't mind."

'I never tried so hard in my life to finish third' - @McIlroyRory on his 'brilliant' Olympic experience, which just came up short of a medal.#tokyo2020 #RTESport #golf #olympics

See Also: 'People Will Know My Name After These Olympics' 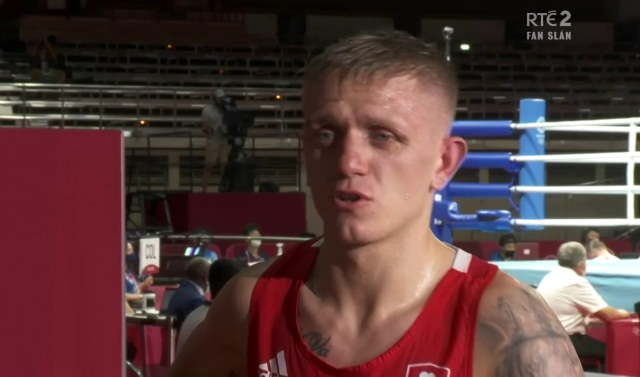