'She Likes To Run For Australia, But She Would Love To Run For Ireland'

Sinead Diver finished 10th in the marathon at the Olympic Games on Friday. Diver was born in Ireland but runs for Australia, where she has lived for nearly 20 years.

The now 44-year-old only took up running 11 years ago. In 2014, she set a marathon qualifying time for the World Championships in Beijing, but Athletics Ireland subsequently raised their own standard for the championships, meaning Diver could not run for Ireland. Instead, the Mayo native took up an offer from Athletics Australia.

Speaking on RTÉ, Sonia O'Sullivan - whose husband Nic Bideau coaches Diver - said Diver would have loved to run for Ireland.

"I know she had massive support in Belmullet," said O'Sullivan.

"There were massive posters over there, and signs in all the shop windows. Her mother and father, Bridie and Eddie, were up late last night watching the race amongst many others.

"I know in Sinead's heart - because I know Sinead quite well - she would dearly love to run for Ireland. Through circumstances out of her control, she was unable to. She always wears a shamrock on her fingernails.

"In 2014, she ran 2:34:15 for the marathon, which qualified her for the World Championships in 2015. Athletics Ireland changed the standard by just 15 seconds to 2:34, which meant she wasn't able to qualify to run for Ireland.

"At the time, she had two children, Eddie and Darragh. She was 37-years-old, had just discovered that she could run pretty fast, and she was thinking 'This could be my only chance to run at a World Championships'.

"Six years later, and she's running in the Olympic Games, and finishing 10th. She likes to run for Australia, but she would love to run for Ireland. Due to the circumstances, she took her opportunity. She's built on that, and improved out of sight.

"Sinead's performance was fantastic to finish in 10th place. It would be one of our top performances in Ireland. We have and eighth, a ninth, and a 10th at the moment. We'll take Sinead's as well." 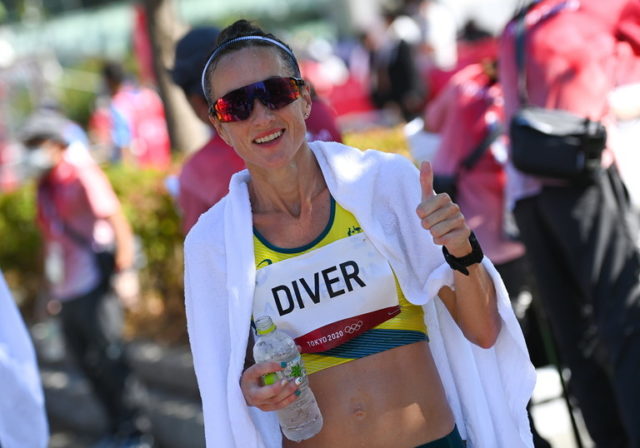 7 August 2021; Sinead Diver of Australia after finishing in 10th place in the women's marathon at Sapporo Odori Park on day 15 during the 2020 Tokyo Summer Olympic Games in Sapporo, Japan. Photo by Ramsey Cardy/Sportsfile

"When these times were changed in 2014, I don't think it was personal to Sinead. The IAAF set times, and then the Irish federation put in their own times. If you have a proper high performance manager, who is in touch with all of the athletes, you go and speak to Sinead, and you realise this girl has only taken up running late. You realise her potential for growth is massive.

"Every case is individual. A lot of athletes - say like me or Sonia - you get to 37, and you're flogged. But, if you haven't got all those years behind you... Her body is young, her motivation is young, and it's really, really sad because she is 100 per cent Irish. Belmullet is hopping, and we were buzzing for her last night."

The Belmullet-born Sinead Diver, who moved to Melbourne in 2002, secured a top-10 position in the marathon on her Olympic debut #Tokyo2020 #athletics #marathon #rtesport 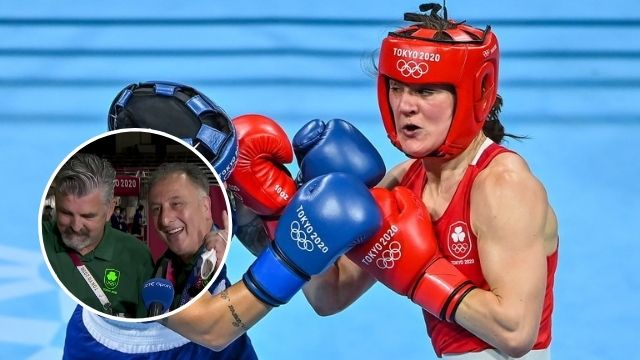