This isn't something you expect to see at an Olympic games.

Considering how much organisation goes into every single event at the Olympic games, you would have assumed that television crews would know where to position themselves at a given sport.

However, someone clearly didn't get the memo at the men's triathlon in Tokyo.

The event took place overnight, with a speed boat ensuring that there was a bit of chaos at the start of the race.

A boat carrying TV cameras was parked directly in front of the area where the competitors would jump into the water, blocking about one-third of them from doing so. What's more, it would then attempt to reverse out of the way, putting the athletes in danger of being hit by the vehicle.

An absolutely WILD start to the men's triathlon.

A TV boat with twin outboard motors was sitting in the way as the starting gun was fired, then tried to reverse out as the athletes dove into the water.

It caused a race restart, but luckily no one was injured. pic.twitter.com/TKkPbaWNSK

It was a miracle that nobody was injured.

The incident would cause a restart in the race, with it presumably being ensured that the boat was not an issue this time around.

Speaking after the race, Austria's Kristian Blummenfelt, who would go on to win gold in the event, said it was a very strange incident.

I saw the boat on the left side and found it quite strange that the starting bell came.

I felt that the boat was still in front of the left side of the pontoon, so when I jumped in, I thought that this would most likely be pulled back and go for another start.

I just tried not to go too slow but keep a little bit left and look at it in a positive way that I actually got a little pre warm up before the start.

Ireland's Russell White would finish 48th in the race, 9 minutes and 36 seconds behind the gold medallist. 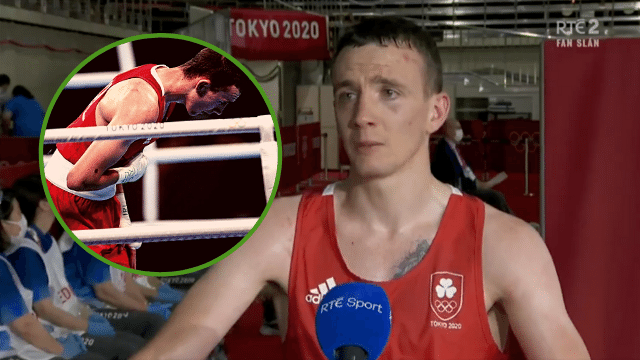