'To Be Honest, I Didn't Think I'd Still Be In The Sport At This Point'

Today is a significant one for Thomas Barr. He turns 27. It's also a year until the Tokyo Olympics - what would be his second Games should he travel.

Three years ago at the 2016 Games in Rio, Barr finished fourth in the 400m hurdles. Though he missed out on a medal by five hundredths of a second, the race ignited an athletics career which had been slowly burning.

That run - 47.97 - remains his personal best. On the surface, it may appear he has not made advances but dig a little deeper and you'll spot it.

"In a way, I feel like I'm not progressing but last year I progressed in that my baseline level was a lot faster than Rio," Barr told Balls at the offices of Indeed on Tuesday.

I have hit a plateau where I need to kick on from here to the next level and that's where I am finding the small percentages.

For the 400m hurdles, a lot of it is experience, technical ability. For me, I need to work on my speed.

The main focus for Barr this year is the World Championships which take place in Doha. The starter's gun for the Waterford man will sound on September 28th.

The lateness of this year's championships has seen his training delayed. While others in his training group - younger athletes aiming for underage championships - were getting on with their speed work, Barr was still slogging it out with winter sessions.

Despite that, already this year he's run in four Diamond League meetings: Shanghai, Rome, Stockholm and Oslo. He finished in the top three in three of those races. Invites came following his bronze medal win at last year's European Championships in Berlin. 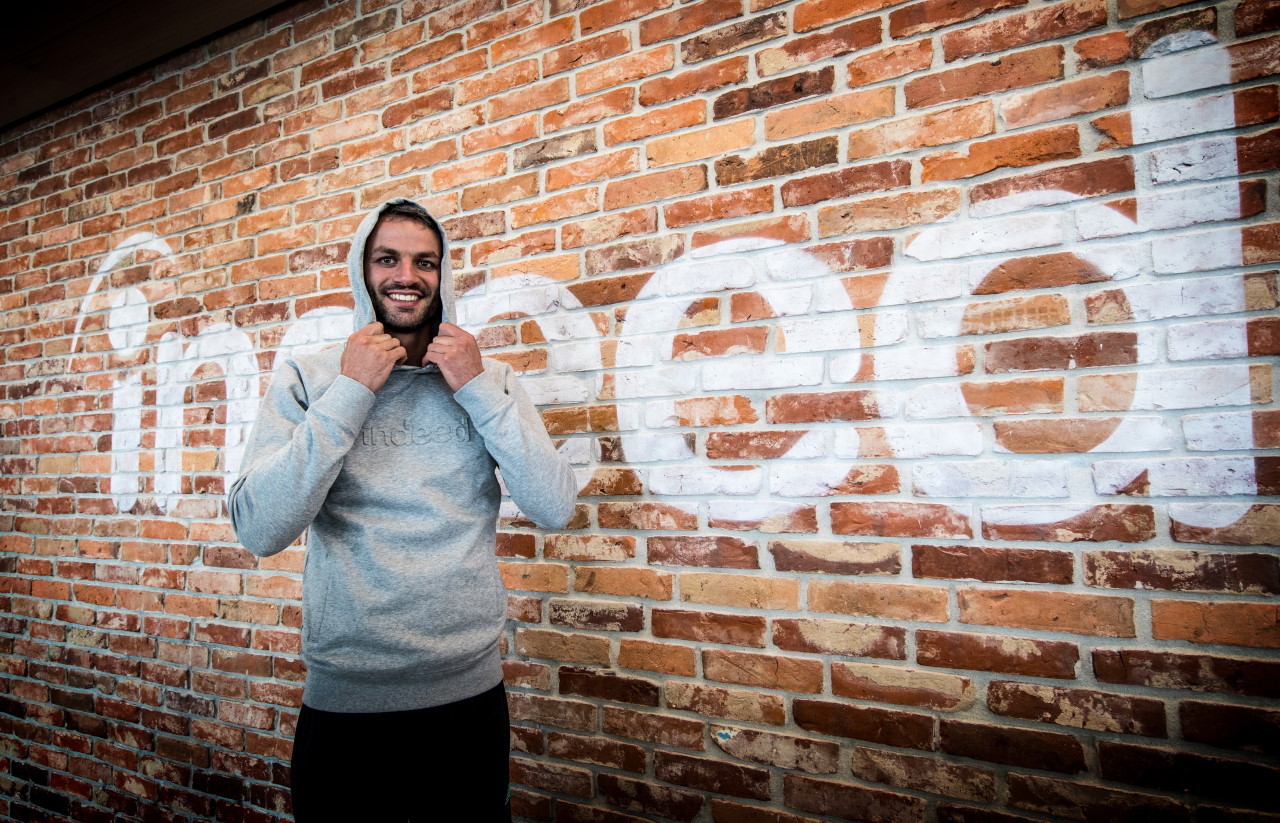 Olympic hurdler and Indeed ambassador Thomas Barr launches #TalentUnleashed to celebrate one year to the day until the Tokyo 2020 Olympics. Over the next 12 months, proud Team Ireland partner Indeed will champion Irish athletes as they unleash their talents in hope of qualifying for the Games. Picture credit: Billy Stickland/INPHO

At the Bislett Games in Oslo, Barr finished second as world and European champion Karsten Warholm broke the European record, running 47.33. (Warholm lowered it further to 47.12 in London at the weekend.)

Though Barr was 1.78 seconds behind the Norwegian in Oslo, he's not panicking. He was happy to have that front row seat, to see someone he's beaten in the past at the head of the pack and also run a World Championship qualifying standard.

"There was a bit of a lull for a few years where there was a lot of people in and around the 48s," said Barr.

"Now people are running 47s for fun.  I wouldn't be surprised if the world record went this year or next. That would be incredible. I would love to be in that race."

Ahead of the 2016 Olympics, the jigsaw pieces slotted together late. He was injured until six weeks before the flame was lit in Rio; head over and have a bit of craic was the attitude.

Unintentionally, he hit upon a formula which extracts the most him: run relaxed. It is a headspace in which he wants to live.

I wasn't expected to do well. Then when I started doing well.

I was on such a high anyway because I'd been injured for so long and in the depths of depression - well, I wasn't actually depressed, that's not fair for me to say - I was at a real low where I saw no way out of the injury and I thought, 'This Olympic dream of mine is slipping away'.

Then to go out there and be able to race, I got through the heats into the semi-final and then I won the semi-final and I was on an absolute high. Whatever happened in the final, I didn't care. I went out, ran free and ended up coming through for a new PB, a new Irish record and fourth place.

This weekend, he will run in the National Championships in Santry looking to win his ninth straight Irish title. Runs at the Birmingham and Zurich Diamond League meetings will follow before he heads back into another block of training before leaving for Doha.

"To be honest," reflected Barr, "I didn't think I'd still be in the sport at this point when I started out in athletics.

"I never thought I'd see myself in this position but it's a nice position to be in. It's all been a bonus. "

See Also: How Olympic Dreams Were Crushed For One Of Ireland's Most Exciting Athletes

Tennis
4 weeks ago
By Eoin Harrington
Roger Federer Says Athletes Need More Clarity On The Tokyo Olympics
Olympics
1 month ago
By Michael McCarthy
19-Year-Old Tanya Watson Becomes First Irish Female Diver To EVER Qualify For Olympics
Athletics
4 months ago
By Eoin Harrington
"It's Really Unusual, In That World, For Someone To Be So Generous"
Previous Next