Kellie Harrington and Emmett Brennan were sitting high on an open top bus as thousands of fans came out to get a glimpse of Ireland's third ever boxing gold medal.

There was no doubt Harrington's native Portland Row were going to be out in their droves, but the bunting and signs went on for streets and streets.

The scenes outside Portland Row were incredible. A community who supported her to the very end.

The hoards of tricolours, flags and happy faces painted the picture of an area beaming with pride.

Many people took to Twitter to share videos of the bus passing them by and the reactions were great.

The parade comes after Kellie and the Irish boxing team arrived into Dublin Airport this afternoon.

Her family had said they'd take a relaxed approach to her homecoming, after being through so much over the past few weeks.

It's likely Dublin City Council and Olympic Federation of Ireland were at the reigns and they did a stellar job.

We can't wait to watch it back on the 2021 version of Reeling in the Years.

See Also: 'What Is Fame? I'm All About Humility': Sublime Kellie Harrington Touches Down In Dublin 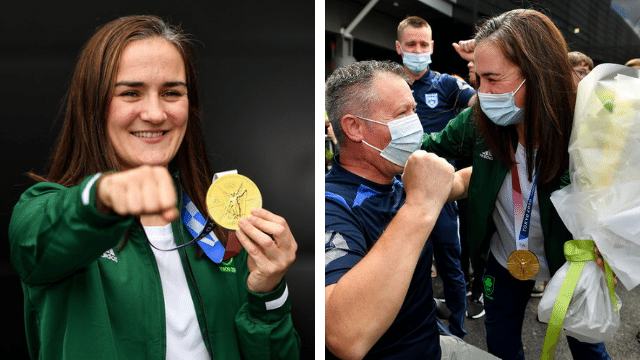