Ireland recorded their second medal of the Olympics, and their first gold, with Fintan McCarthy and Paul O'Donovan taking gold in the rowing. There's a chance for medal number three overnight, so we have you covered with all of the Irish in action on day seven at Tokyo 2020.

Who are the Irish in action on day seven at Tokyo 2020?

The first Irish involvement comes with Rory McIlroy and Shane Lowry teeing off one after another in the second round of the golf. Both had solid if unspectacular starts in round one, with McIlroy six shots off the lead, and Lowry one shot further back.

The track and field events get underway on day seven in Tokyo, and there are Irish runners competing through the night and morning. Nadia Power, Louise Shanahan and Siofra Cleirigh Buttner are first up in the 800m heats, while Thomas Barr (who finished fourth in Rio) runs in the 400m hurdles at 3:41am. 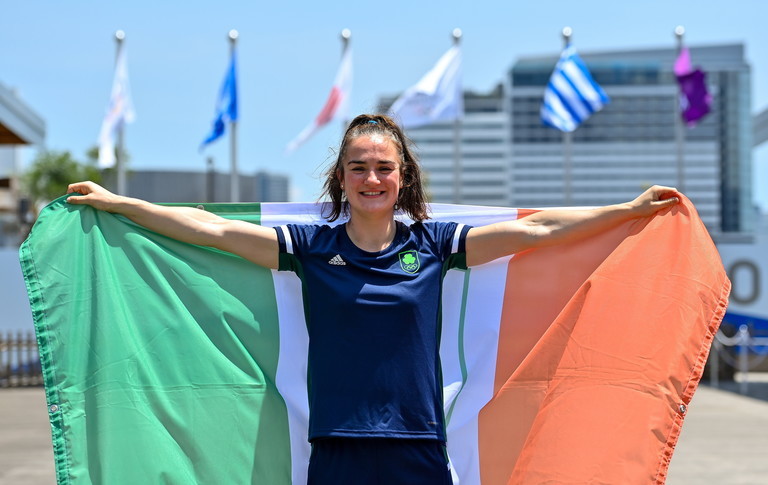 Boxer Kellie Harrington, who carried the Irish flag at the Opening Ceremony, gets her Olympic campaign underway at 3am. Photo by Brendan Moran/Sportsfile

Medal hope Kellie Harrington has her first preliminary fight against Rebecca Nicoli at 3am, but all boxing eyes will be on Aidan Walsh at 4:51am. He takes on Merven Clair of Mauritius in the quarter-finals, knowing a win will guarantee at least a bronze medal.

Elsewhere, there's Irish involvement in 3 day eventing with the Irish set to complete their dressage sets today, as well as in the late morning's swimming heats.

RTÉ once again get underway at 1am, and they'll go all the way through to 3:30pm on RTÉ 2 to catch all of the Irish involvement.

Eurosport have a wealth of sports across their channels, while BBC's coverage begins at 11:50pm on Thursday night and runs through to 3pm on Friday afternoon.

What else to look out for on day seven in Tokyo?

The big event on day seven at the Olympics is the arrival of the track and field athletes. There's action in both throughout the day, with the highlight being the men's 10,000m final at 12:30pm Irish time.

Ireland has a new found love for badminton and, even if Nhat Nguyen's involvement has sadly come to an end, Irish fans can get their badminton fix with the mixed doubles final at 7:30am.

Elsewhere, the women's football quarter-finals get underway, and there's a repeat of the 2019 World Cup final at 12pm, as the United States face the Netherlands.

SEE ALSO: Here's Every Gold Medal Won By Ireland At The Olympics 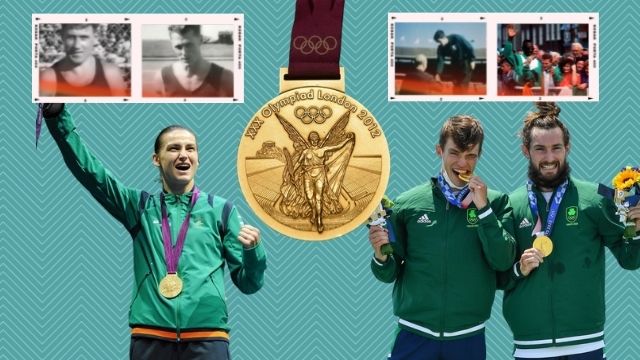 Olympics
4 weeks ago
By Michael McCarthy
After 11 Olympic Games, George Hamilton Finally Had His Irish Golden Moment
Boxing
4 months ago
By Andrew Dempsey
'Less Stress, More Success': Kellie Harrington On Staying Amateur
Boxing
5 months ago
By Eoin Harrington
Kellie Harrington: Fair City In Tokyo, Tourism In Portland Row, And Going Pro?
Popular on Balls
Rugby
2 days ago
By Colman Stanley
Keith Earls Shares Story That Captures Andy Farrell's Decency
Football
2 days ago
By PJ Browne
'If He Continues With Performances And Goals Like That, Stephen Kenny Will See It'
Football
2 days ago
By Eoin Harrington
Quiz: Name Every Player To Score In A Champions League Final
Football
20 hours ago
By Gary Connaughton
Portsmouth Likely To Retain Gavin Bazunu This Month Despite Championship Interest