Ireland have two medals on the board at Tokyo 2020, after Katie-George Dunlevy and Eve McCrystal took a silver in the velodrome on Saturday morning. One of Ireland's best medal hopes arrives on day five of the Paralympics, and we have all of the info on when to catch the Irish involvement.

Who are the Irish in action on day five of the Paralympics?

The fastest Paralympian of all time, Derryman Jason Smyth, arrives on day five of the Tokyo Paralympics. He is undefeated in the 100m at this level since Beijing 2008, and goes for his fourth Paralympic gold in the event on Sunday morning. His heat in the T13 100m is at 4:35am and his likely final participation will be at 11:53am Irish time.

There's more action from the athletics later in the morning, with Jordan Lee taking on the T47 high jump final at 11:28am. 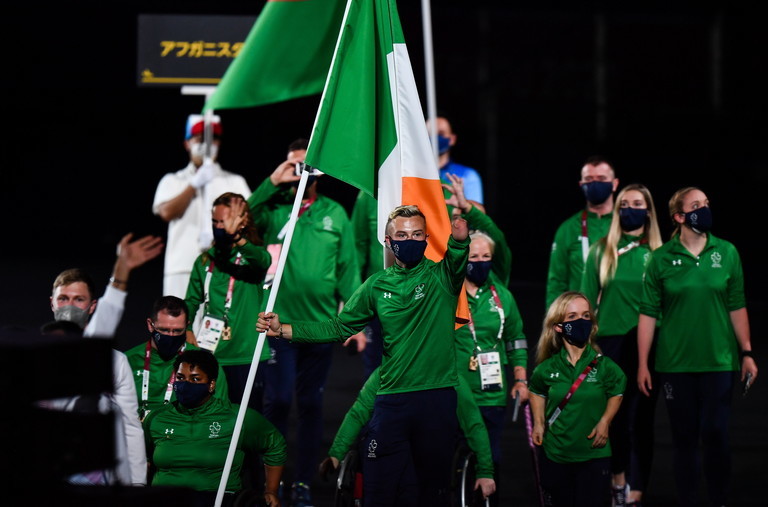 Ireland flagbearers Jordan Lee, right, and Britney Arendse carry the Irish tri-colour during the Opening Ceremony of the Tokyo 2020 Paralympic Games at the Olympic Stadium in Tokyo, Japan. Photo by Sam Barnes/Sportsfile

Róisín Ní Riain will take to the pool once more at 2:09am, as she takes on the 50m freestyle - with a potential final following at 10:17am.

There's also Irish involvement in the archery on day five, with Kerrie-Louise Leonard taking on Jyoti Jyoti of India in the 1/16 elimination round of the individual compound.

RTÉ will carry another four hours of live coverage on RTÉ 2 tomorrow morning, with coverage starting at 9:30am and running through to 1:30pm. More events will also be available on the RTÉ Player throughout the morning.

Alternatively, Channel 4 will run through the night and early hours of the morning, as they kick off their coverage at 11:05pm and run through to 2:25pm. 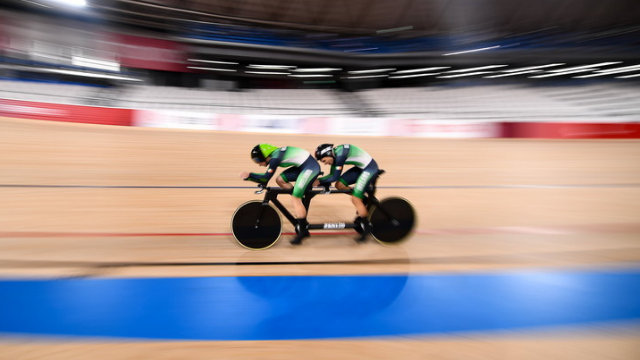