Ireland had a strong start to the Tokyo Paralympics on day one, with finals in swimming for both Nicole Turner and Róisín Ní Riain. Day two brings real medal hopes for Team Ireland, and we have all the info you need on when they're in action at the Paralympics.

Who are the Irish in action on day two of the Paralympics?

Day two at the Paralympics begins with track cycling, with both Katie-George Dunlevy and Eve McCrystal competing in the B3 1000m time trial at 2am. Ronan Grimes runs in the C4-5 men's equivalent at 6am.

One of Ireland's biggest medal hopes for the Paralympics, Ellen Keane, has her first event on Thursday morning, as she takes on the SB8 100m breaststroke. The Dubliner won a bronze in this event in Rio in 2016, and hopes are high she could go even better in Tokyo. If she progresses from her heat at 3:05am, she'll go in the final at 11:40.

As well as those events, there's potential for a second final for 16-year-old Róisín Ní Riain, who impressed many by reaching the final of the S13 100m butterfly on day one. Her second event is the 100m backstroke heats at 2:49am, and her final will be at 11:12am if she progresses.

There is also Irish involvement in the equestrian and table tennis on day two, with Colin Judge hoping to get a first win on the board in the C3 men's singles against Welder Knaf of Brazil.

RTÉ once again carry the Irish baton from Tokyo, and their coverage kicks off at 9am on RTÉ 2. They will also have the day's highlights at the later than usual time of 10pm, also on RTÉ 2.

If you're looking for through-the-night coverage, Channel 4 get started at 12:10am, running all the way through to 3:10pm.

SEE ALSO: Paul Walsh Explains How He Got To Hang Out With Ronaldinho In Rio 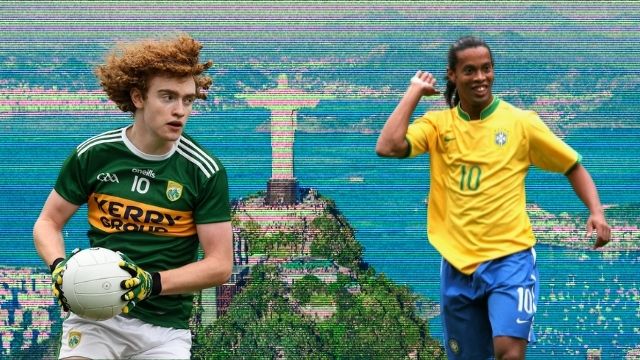 Olympics
8 months ago
By Donny Mahoney
'I Left My Spikes Out On The Track': Devastated Michael McKillop On Paralympics Heartbreak
69