Team Ireland have their first medal of the Olympics on the board after Eimear Lambe, Aifric Keogh, Emily Hegarty and Fiona Murtagh took bronze in the women's four rowing. There's a strong chance we'll see more medals tomorrow - so here's where and when you can watch the Irish in action on day six at Tokyo 2020.

Ireland's prime medal hope coming into these Olympics were the lightweight men's double sculls rowing duo of Paul O'Donovan and Fintan McCarthy. O'Donovan is looking to go one better than the silver he took home from Rio, and it's gone well so far. They go in the final at 1:50am, as favourites for a gold medal. 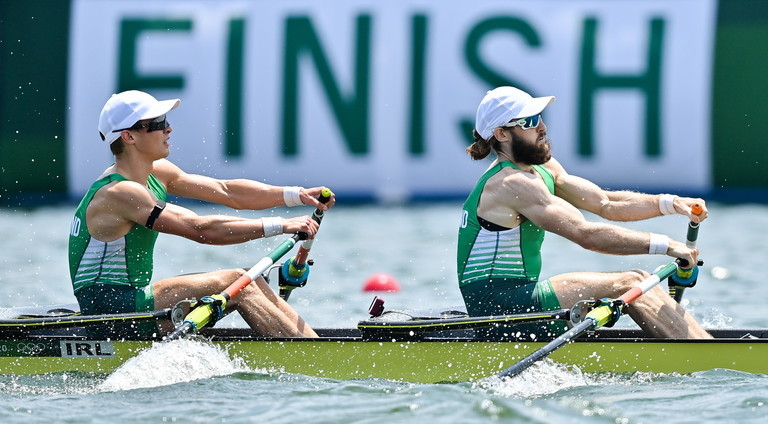 Fintan McCarthy and Paul O'Donovan of Ireland in action during the Men's Lightweight Double Sculls semi-final at Tokyo 2020. Photo by Seb Daly/Sportsfile

Several Irish athletes get their games underway on Thursday, with the most high-profile arrivals being major winners Rory McIlroy and Shane Lowry. The two get their first round of the men's golf underway in the early hours of Thursday morning, with McIlroy teeing off at 2:25am Irish time, and Lowry following at 2:36am. 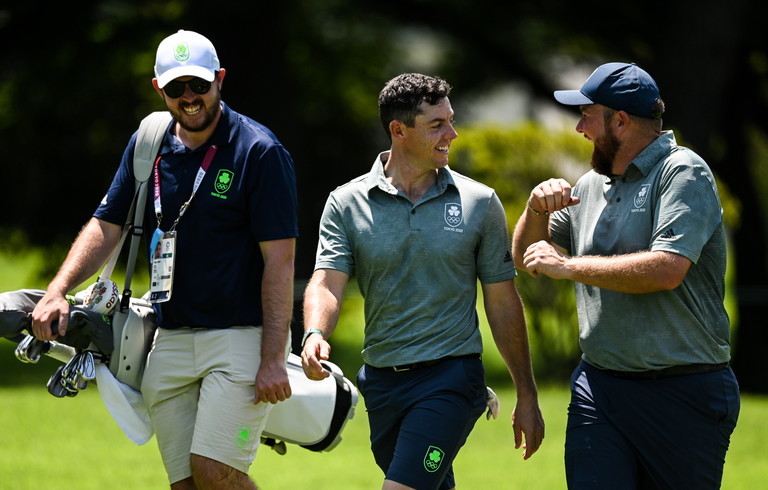 Rory McIlroy and Shane Lowry of Ireland during a practice round at the Kasumigaseki Country Club for Tokyo 2020. Photo by Ramsey Cardy/Sportsfile

Most of the Irish action takes place before any sane person would naturally wake up, with Sanita Puspure gunning for another rowing final at 2:30am. Ben Fletcher gets his judo campaign underway at 3am against Uzbekh Mukhammadkarim Khurramov.

RTÉ's coverage begins at 1am on RTÉ 2 and runs all the way through to 3:30pm. If that wasn't enough for you, you can recap with their two-hour highlights programme at 7pm on Thursday evening.

Alternatively, you can track the BBC's coverage from 12:10am through to 6pm.

What else to look out for on day six in Tokyo?

After the disappointment of home favourite Naomi Osaka's early elimination, the Japanese crowd will hope to see success in the men's golf. This year's Masters champion Hideki Matsuyama represents Japan, and he tees off at 12:41am Irish time.

Elsewhere, the women's rugby sevens gets underway, and there's semi-final action in the women's singles, doubles, and men's doubles tennis. 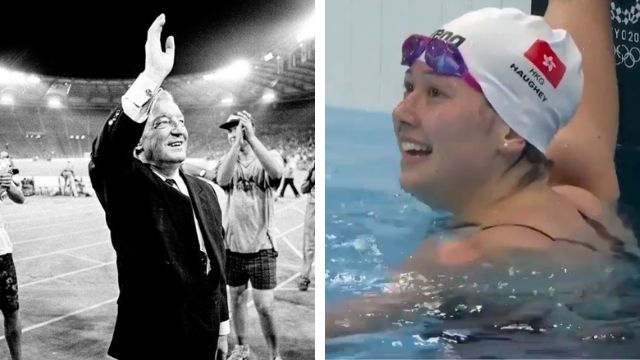