The Olympics is the peak of track and field events, so it is always special to see an athlete break a world record on the biggest stage.

There have been countless examples of that down through the years, with another arriving this afternoon.

Venezuela's Yulimar Rojas entered the women's triple jump event as the red hot favourite, having dominated the sport in recent years. The 25-year old has won gold in both the indoor and outdoor world championships over the last five years.

Many fancied her to challenge the long standing world record in Tokyo.

Rojas came close on a couple of occasions during this afternoon's final, but she would finally manage it on her sixth and final attempt.

The previous record of 15.50m from Ukranian Inessa Kravets had stood for 26 years, but Rojas would better that by a massive 17cm with a jump of 15.67m.

Her reaction after the jump told you everything you needed to know.

Speaking before the games, Rojas admitted that the world record was an aim for her, even if her main focus was to win a medal.

It is something that I desire with all my heart, but my focus is on the Olympic medal.

I came here to do the best I can and I am hoping that everything will go well on Sunday, that there will be good results and it will be a real spectacle.

Having won silver in Rio in 2016, she has made remarkable progress over the last five years. To perform like this on the biggest stage must be a remarkable feeling.

This also delivered Venezuela's first gold of the games and only their fourth in the nation's history. Prior to this, their last gold came in London in 2012. 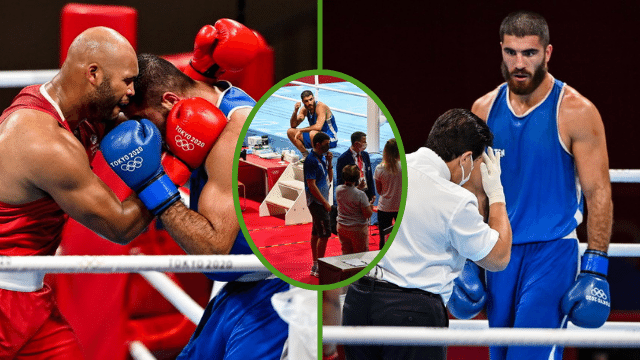