5 New Olympic Sports That Will Feature At Tokyo 2020

It hasn't been the easiest run up to an Olympics. Tokyo 2020 is almost here and organisers will breathe a sigh of relief once it's over.

The 2020 Olympics will see five new sports added to the competition. If you thought beach volleyball or archery was prime day-time viewing, these are bound to give them a run for their money.

The Olympic debut of skateboarding will surely be one of the many highlights of #Tokyo2020! 🛹#StrongerTogether

Possibly one of the most hipster Olympic sports in history, skateboarders will grace Olympic competition for the very first time. Skateboarding is judged on two separate categories; street and park, and will contribute four medals in men's and women's competitions.

The Japanese sport of Karate will also be getting it's first run in the Olympics. This will be split into two competitions; kata and kumite. Kata is an individual discipline where athletes perform a series of choreographed moves. Kumite is the combat arm of Karate.

Competitors will appear in three different weight classes in the 'Kumite' category, consisting of one three minute rounds. A total of 80 athletes are set to compete in the two Karate disciplines over the course of the Olympics.

Who's excited for surfing at #Tokyo2020? #StrongerTogether

As the Beach Boys infamous line goes, "everybody loves surfing." The surfing arm of this year's Olympics will consist of 30 minute heats whereby surfers will try to surf as many waves as they can under the time limit.

The surfers are assessed by judges who base their scores using a five-point system. The judges will take into account aspects such as speed, flow, difficulty and power. 20 men and 20 women will represent countries in surfing this year.

We all have a friend who for once in their life was obsessed with wall climbing. Well, ramp that up a notch and it's basically an Olympic sport. Sport climbing is divided into three categories - speed climbing, bouldering and lead climbing.

Speed climbing will see athletes go head-to-head to be first to the top. Bouldering will be a complicated course where climbers will navigate through awkward terrain and steep walls. Lead climbing is similar to the standard wall climbing with a time limit.

Most people are aware of baseball and softball, despite being played more frequently in Japan and the U.S. The sports last appeared in Beijing 2008 and are making a comeback. It's like a more complicated version of rounders.

The difference between baseball and softball is the bats and balls used and the pitching. The pitcher, or the person who throws the ball essentially, throws underarm in softball and overarm in baseball. 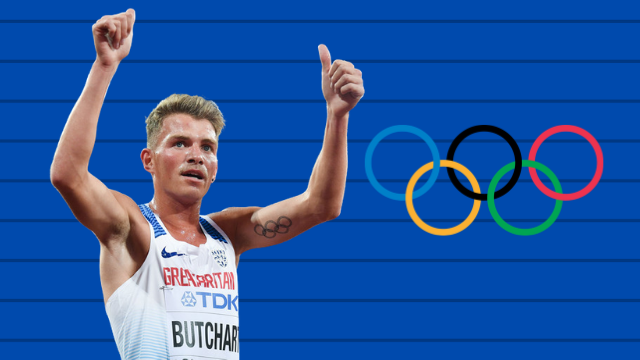 Other Sports
1 year ago
By Aonghus Ó Maicín
The Unheralded Story Of The Irishman Who Discovered Baseball's First Superstar
Other Sports
3 years ago
By Eoin Lyons
Baseball Player Makes Eejit Of Umpire With Fiendishly Opportunistic Play
Boxing
6 years ago
By Conor O'Leary
The Best And Most Emotional Stories Of The Week
Popular on Balls
Football
1 day ago
By Gary Connaughton
Hargreaves Thinks United Are Overlooking The Obvious Candidate For Next Manager
Football
1 day ago
By Gary Connaughton
Roy Keane Once Tipped Off Ronan O'Gara About Oncoming All Blacks Onslaught
Football
12 hours ago
By Gary Connaughton
Frank Lampard Has Weighed In On That Old Gerrard & Scholes Debate
Football
14 hours ago
By Eoin Harrington
Just Who Is Ralf Rangnick And Why Did Manchester United Want Him?