Mind games are a big part of darts. Every top player has their own method of either instigating or avoiding that aspect of the sport, although some are more brazen about it than others.

Gerwyn Price is probably the most obvious example in the game at the moment, with the reigning world champion not afraid to push the boundaries when it comes to getting into the heads of his opponents.

He is far from the only player to employ such tactics down through the years, with Peter Manley perhaps the most well-known advocate of this tactic.

The Englishman was known for his absolute best to put his opponents off in anyway possible. That often rubbed both the crowd and those on the stage up the wrong way.

The most famous example came in the 2006 World Championships quarter-final, with Manley actually forcing Adrian Lewis off the stage in the middle of their match so that he could regain his composure.

Lewis was seen as the biggest up and coming star in the game at this point having been taken under the wing of Phil Taylor. While that relationship would sour in the years that followed, Lewis would of course go on to win two World Championships of his own.

However, he certainly struggled to deal with Manley's gamesmanship on this occasion.

With his opponent continually speaking to him while he was attempting to throw, he would eventually make his way off the stage before the end of the fifth set.

Manley's mind games worked in the end, eventually securing a 5-3 victory and a place in the semi-final. Ironically, he would go on to lose 7-0 to Lewis' mentor Phil Taylor in that year's final. It was his third final loss in the event and the second time he had been whitewashed by 'The Power' at that stage.

He insisted at the time that he had done nothing wrong and had no idea why Lewis reacted the way he did, an opinion he still holds to this day.

Speaking on the Weekly Dartscast earlier this year, Manley insisted that he had done little to try and put off his opponent.

I wasn't particularly bothered really. I had absolutely no idea why he walked off. They say I was muttering behind him, he wasn't throwing the dart.

At the time Sid Waddell actually said and called it cheating. He was basically doing things behind me and denied it and I just got on with the game but he wouldn't leave it. All I said to him was you're having a laugh just get on with it.

The next thing I know he's walking off. We both got fined but I ended up with £50,000 in the bank so I was alright at the time.

Adrian probably made the mistake and he actually said in one of his interviews that Phil (Taylor) had already warned him about playing me and what to expect and if I play up to walk off. I'm happy to admit if I played up but that wasn't playing up, that was get on with the game.

I was playing well, I was in front. There was no need for me to worry about any of my offputting tactics. But most of the players were just fearful of that and lost to me because they were expecting something which 90% of the time, I never even done anything.

We're not really buying that answer.

Lewis does have a short fuse, something Manley certainly looked to be attempting to exploit on this occasion.

In any case, Lewis will point to his pair of world titles as perhaps getting the last laugh between the pair. 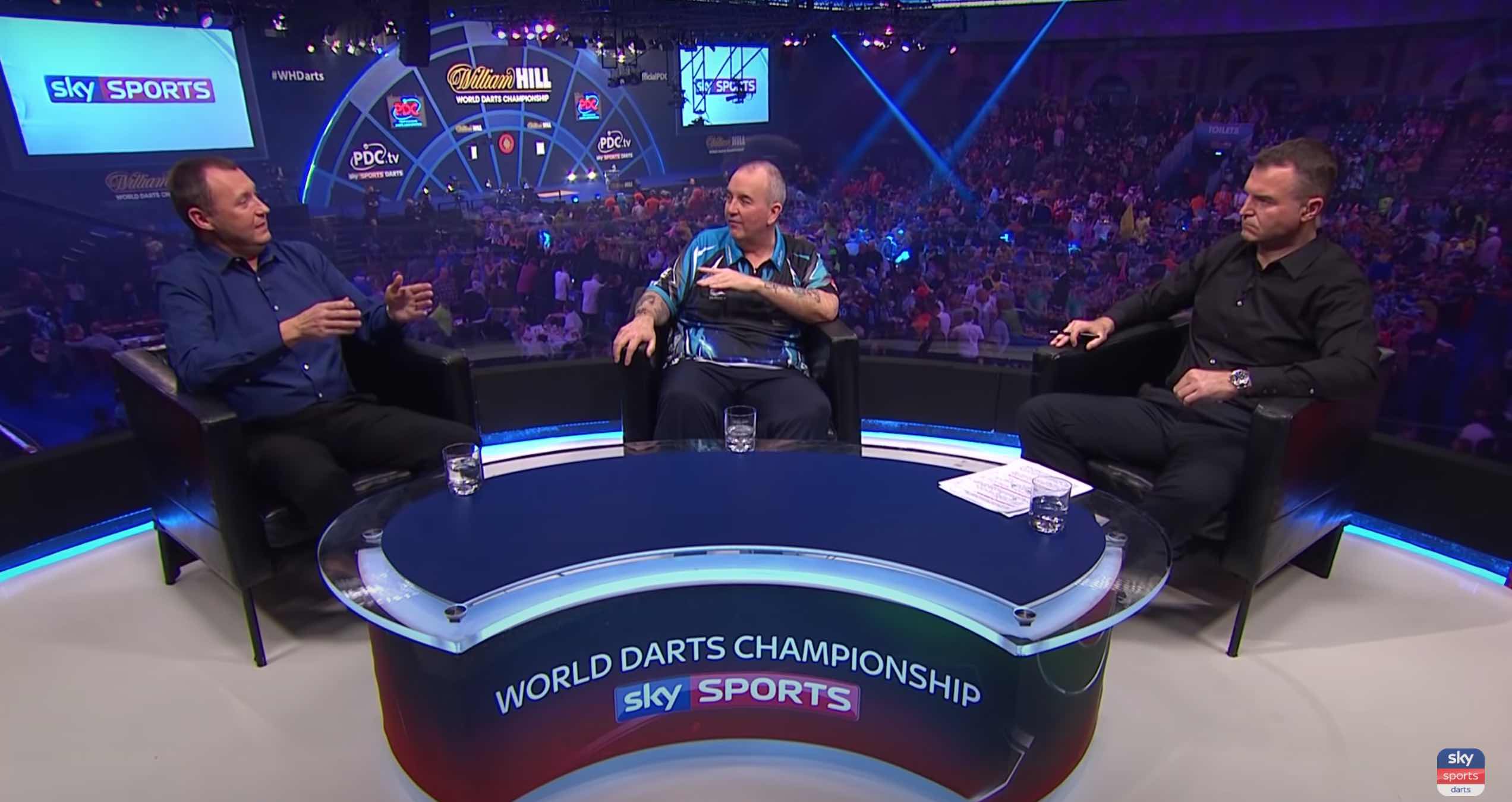