Destiny can have an air of stubbornness about it, a bitch itching to spoil the most uplifting of tales. Brian Hughes was beginning to strut with the confidence of a guy on a procession to Sandown, to collect the spoils of a lifetime's work. Destiny, the old sod, had very different ideas.

As a young lad in the yard Brian Hughes will have dreamt of the day he'd be champion, of the cacophony raining down from the stands, of the jubilant greeting in the awaiting ring, of the back-slapping and trophies and all the jazz that goes with the seasonal climax in the common man's sport.

Alas, the experiences of the South Armagh jockey will have been significantly less boisterous than he would have imagined, the 34-year-old becoming champion jockey for the first time away from the familiarity of the racecourse: he sat at home, you would have thought, like most other parents in the UK and Ireland, struggling to devise ways to occupy the housebound nippers. Cabin fever has long set in, ringlets and trinkets ornamented with spaghetti hoops and the admirable attempts at Jackson Pollock remakes not quite the social media gold of a fortnight ago. 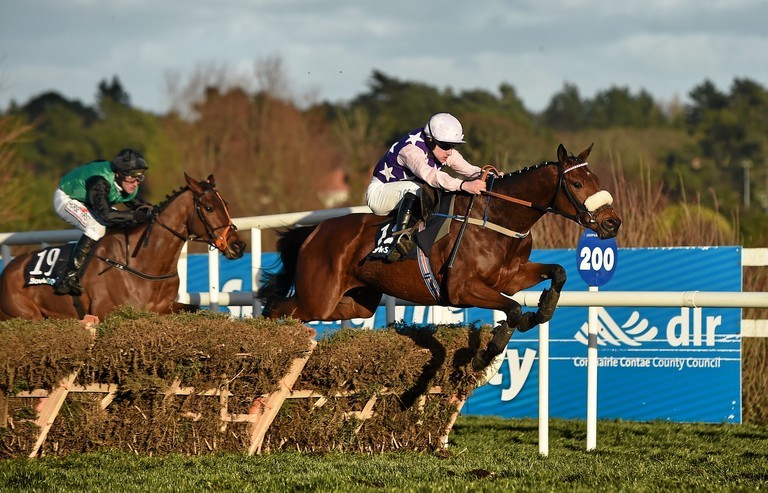 When the official word finally came through to jockeys, instead of facing into a long drive home from whatever venue in the UK they had travelled to on that particular day, most will have been sunk in that wholly unrecognisable habitat for a professional jockey - across the length of a couch.

Hughes is loath to admit that though, telling the BBC that he was "out in a tractor rolling the fields on the farm" when the call came through.

A champion he is, nevertheless - and his has been a journey along a similar theme to Robert Frost and his jaunt down an overgrown path. For Hughes' path to becoming champion jockey has been one that hasn't been experienced since Jonjo O'Neill claimed the prize for the North of England in 1980. Hughes wasn't even born. The North, as it's disparagingly referred to, doesn't produce champions; it produces passion and a dogged edge to the personality, enabling its core of racing people to survive in the shadows of their counterparts in the south.

Few garner the mettle to rise above the steel parapet that has always divided the country, thus the absence of a champion jockey for four decades and the migration of so many talents to more fertile southern grounds.

Winning at Hexham and Kelso and Sedgefield, in the heavy mist-drenched turf, muck on the face, fog in the air, doesn't exactly hold the same allure as riding up in front of the rollicking stands of Cheltenham or Ascot, or any southern venue for that matter. We await a peer-reviewed psycho-analysis of note on the subject, but it's safe to assume that a jockey that says they grew up dreaming of winners on a Monday afternoon card at some ramshackle Yorkshire venue must suffer from an inexplicable lack of reason or insanity. Everybody craves a dash of pizzazz, the glamour and fame it duly brings; and the North of England brings a dearth of anything resembling glory to the extent of life a few hundred kilometres to the south.

It's great to be joined by the red-hot Brian Hughes who is having a quite simply magnificent season! 🌟

Having begun his career as an apprentice with Kevin Prendergast at the Curragh, it soon became apparent that if there was to be a future for the young Newtownhamilton man in the game it would be over hurdles and fences in the depths of winter. And so he made the move to James Lambe, taking his first ride over jumps at Down Royal on St Stephen's Day, 2003 aboard Boleys Pride.

There may have been little on that occasion to suggest a champion in the making almost two decades later, Boleys Pride sauntering past the post at the tail of the field - but it was a start. And he now had what so many others never found - a place from which to build. It began the construction of a gently sloping learning curve that would eventually bring him to England where he would ply his trade across a number of yards, watching his fellow countryman, AP McCoy, garlanded with the type of honours Hughes dared not imagine.

When the Moneyglass man retired from the saddle, Richard Johnson enacted his own hegemony on the championship, employing his relentless desire for winners in every corner of the country. That he broke his arm in a fall at Exeter in January, a day after he hiked to Newcastle for a book of rides, just the 600 kilometres further north, sums up the commitment Hughes was facing. These journeys were no rarity for the four-time champion jockey who'd drive all the way to Hell if Lucifer promised him the leg up on a prospect.

But Hughes, too, was a familiar face at fuel stations around England and when the reigning champion fell out with Lady Luck three months ago, the Armagh man pounced, creating a near-insurmountable lead in the race for the title. 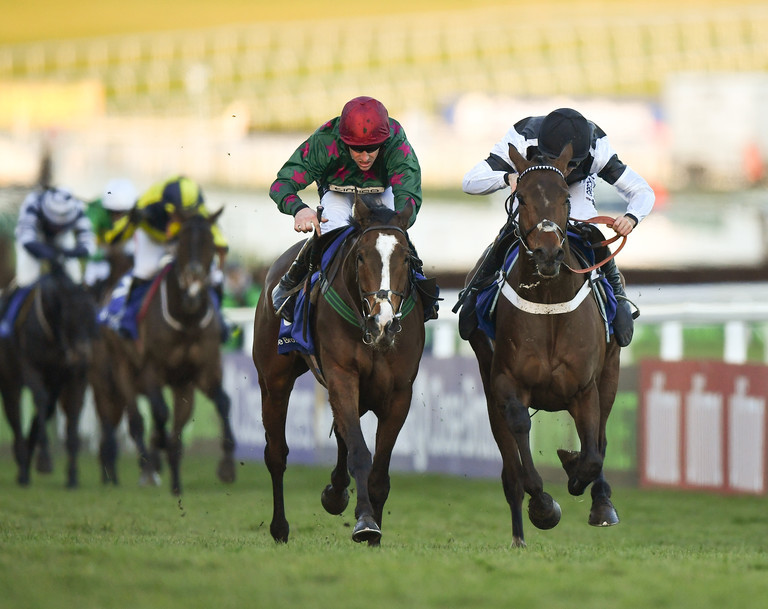 This commitment was illustrated on the day of his second child's birth last year when, as the Grand National took centre stage at Aintree, his wife was in Middlesbrough hospital. Hughes, however, was in neither location, bed-ridden instead in a hospital on Tyneside after he was injured in a fall at Newcastle. Winners are winners, and if you're to keep up with the peloton, not to mention ahead of it, the intrinsic desire must be relentless.

While he may have won the conditional title in 2008, buttressing his resume with a few Cheltenham wins, a jump jockey's true currency, Hughes had become a forgotten man for some. For many, perhaps. When you spend so much of your career looking up at success, a hefty portion of truculence is required to fend your own corner. The man from Armagh has it. He always had.

The intrinsic desire he has consistently conveyed was matched by these similar levels of defiance which may just have saved his life as an 18-month-old infant, the future horseman having been given the Last Rites. Diagnosed with meningitis and without an abundance of hope from doctors, he pulled through and surged forward, that same surge continuing for another 32 years and to glory in the midst of a pandemic.

Already though, he's guaranteed to be funnelling those necessary traits for a jockey, the varied assortment that has been nurtured since he first starting riding out for Lambe, into an onslaught on next year's championship where an injury-free Johnson will be seeking a return to the top. And yet it's clear that Hughes is an improving jockey, his levels of intelligence on horseback and off introducing a subtler edge to his arsenal.

He spoke of taking a more sensible approach recently with the Yorkshire Post which has in turn contributed to his greatest success to date from a racing perspective.

“I didn’t take rides for the sake of it," he explained. "I could have gone further afield more often, but I tried not to be busy so I could stay fresh for as long as possible.

By this time last year, I had had 888 rides and I was absolutely wrecked. I remember just being shattered and that just has not been the case this time around.

Indeed. This year he got the leg up on 716 rides, picking and choosing and keeping enough in the tank to finish in front. It's what all the best do and  the name Hughes is finally, at the absolute least, being uttered in the conversation as the best in the business. As a champion, less is an injustice.

His day spraying champagne beneath the famous Sandown canopy is put on hold for now, though that, in perspective, is a matter of insignificance.

He'll be back chasing winners in the autumn.

SEE ALSO: Provinces Are Split On What Sporting Event They'll Miss Most This Year