Controversial Change To Cheltenham Festival Could Be On The Horizon

When the Cheltenham Festival was extended to a four-day festival from a three-day festival it didn't prove to be a universally popular decision. And it remains that way to this very day, many believing the extra day dilutes the standard of racing.

However, speaking at today's racing from Prestbury Park, the new Cheltenham racecourse chairman, Martin St Quinton, revealed that he was open to the idea of extending the meeting to a five-day event. 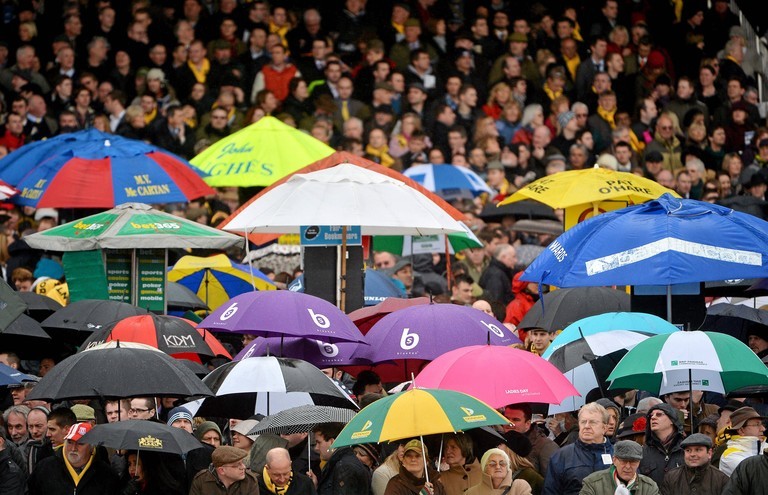 St Quinton made the comments while speaking to ITV Racing during coverage at the venue's New Years Day meeting.

We’re very happy with our four-day Festival at the moment, but we’re always keen to look at ways of innovating and improving things and widening the appeal of racing.

Royal Ascot was very similar with the Heath meeting on the Saturday and now that is their most popular day, so you’ve got to be open-minded about these things.

Meanwhile, back in August it was announced that a new mares' chase would be introduced at the Festival in 2021, though that means another race must be dropped from the programme. During the same interview, the new chairman explained that a decision regarding which race would be dropped wouldn't be made until after this year's Festival.

SEE ALSO: Bonkers Finish To Big Race At Leopardstown Gets Commentary It Deserves

Horse Racing
6 months ago
By Gary Connaughton
Watch: Rachael Blackmore Pulls Off Miraculous Recovery To Win At Cheltenham
Horse Racing
1 year ago
By Sean Meehan
Watch: Tiger Rolls Back The Years To Win The Glenfarclas At Cheltenham
Horse Racing
1 year ago
By Sean Meehan
Watch: Brilliant Post-Race Interviews As 33/1 Shot Wins The Coral Cup
Popular on Balls
Football
4 hours ago
By Eoin Harrington
Juan Mata Questions Manchester United Management After Dire Season
Golf
2 days ago
By Gary Connaughton
Padraig Harrington Glad He Didn't Have To 'Make A Decision' On Saudi Golf League
Football
1 day ago
By Gary Connaughton
The Frank Lampard Love-In After Everton's Survival Was Downright Bizarre
GAA
2 days ago
By PJ Browne
'It Came At An Awkward Time. I Didn't Think It Would Be So Bad'