Ireland’s Emma Slevin made history again on Tuesday becoming the first Irish gymnast to qualify for the coveted All Around finals of the World Gymnastics Championships in Japan.

The Galway teenager placed 21st in the qualifiers with a score of 50.165. The top 24 gymnasts in the world progress through to the All Around final which will take place on Thursday 21st October at 6.30am Irish time.

Slevin already made history in May of this year by becoming the first Irish gymnast to qualify for All Around Finals in a European Gymnastics Championships. This competition is the first in her Paris 2024 Olympics campaign.

Emma Slevin qualifies for All Around final at World Gymnastics Championships

"I’m very happy with my performance today and it was actually a very enjoyable experience as well," she said.

"I felt confident out there and despite a few small mistakes I’m very proud of how I did. I have a great team around me that support me all the way and helped me prepare for this competition.

"Overall it was a great experience and I’m super excited for the final."

Rhys McClenaghan, who also made history for Ireland this year by becoming the first Irish gymnast to compete at an Olympic final, will compete at the qualifiers on Pommel Horse tomorrow, Wednesday 20th October at 3.10pm local time, 7.10am Irish time. 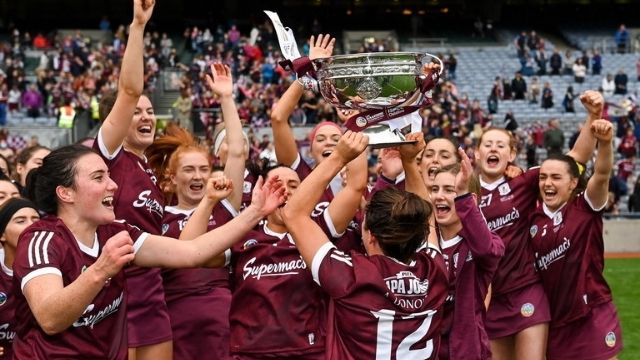