Have We Just Witnessed The Next Star Of The Cheltenham Festival?

Take out your 2020 calendar, skip ahead to March and write the name across pilgrimage week - Envoi Allen looks poised to become the latest darling of the Cheltenham Festival.

Victory for the Gordon Elliot-trained runner in today's Royal Bond Novice Hurdle was a first Irish Grade One for last year's Cheltenham Champion Bumper winner, but it also means the five-year-old has stretched his unbeaten record at the track to six. Under Davy Russell Envoi Allen won by two lengths after making all, but he gave the impression that he had plenty left and could go on to become the star of the sport for the next couple of years.

Envoi Allen - a horse with the world at his feet!

The Cheveley Park-owned gelding is likely to be aimed at the Supreme Novice Hurdle, the first race of the Festival in March, though there have been some that feel the talent is ready to step up and take on the Champion Hurdle straight away. It would certainly be a bold move by the Cullentra House operation, though Ruby Walsh claims he would still aim the nascent Royal Bond winner at the Festival opener.

I think they can do what they want and go where the want with him. If he was mine, with that much talent in a week that's as big as [Cheltenham], I'd be running him in the Supreme.

By winning the Fairyhouse Grade One Envoi Allen joins illustrious company, Hurricane Fly just one of a number of high-profile previous winners in the race. The Willie Mullins-trained superstar also recorded his first Grade One win in the Royal Bond before going on to record a world record 22 Grade Ones over the course of his career, including two Champion Hurdles at Cheltenham and a record five Irish Champion Hurdles at Leopardstown. 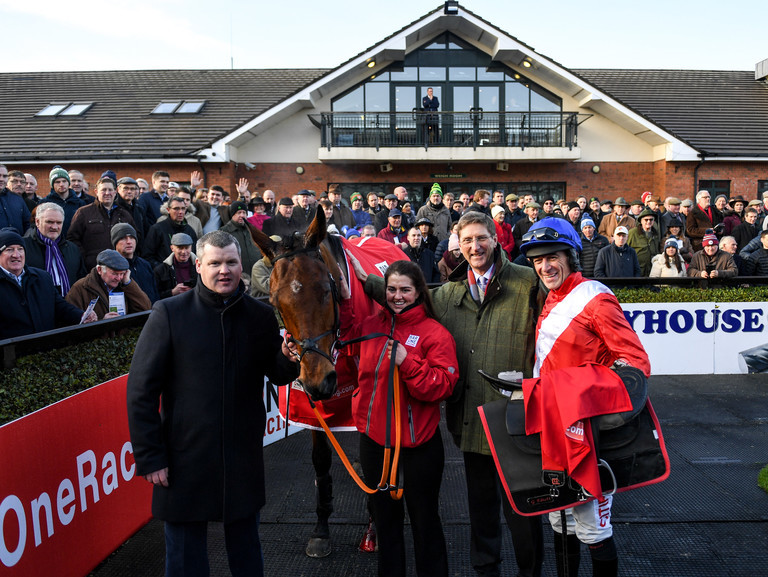 Can Envoi Allen, who cost an astonishing £400,000 last year, achieve anything close to the achievements of one of the greatest the sport has ever seen. It's still early days, but he's shown enough to get his Cheveley Park owners very excited.

Today proved that he is potentially a really exciting horse for the future. This was a very special race, probably one of the strongest Royal Bonds for some years. Gordon [Elliott] has just raved about the horse all along.

It's nice to come here today and to win in such a style. We really can look forward to the future.