Darts is a sport played by all types that brings great joy at Christmas time. It's as reliable entertainment as one will get during the festive period.

After a lack of Irish success at the tournament for the majority of the 21st century, there remains a strong Irish presence throwing at this year's PDC World Championships. Four players from the island still standing at this stage of the competition.

No Irish player has ever won the event, though both Daryl Gurney and Brendan Dolan have got to the quarter final stages, in 2017 and 2019 respectively.

Brendan Dolan is up against Japanese player Edward Foulkes at approximately 12:15 pm tomorrow, in his first game of the competition. Dolan is a native of Fermanagh and is seeded 30th in the competition.

He is expected to overcome Foulkes, although he will very likely face a daunting task of facing Gerwyn Price if he does come out on top in that one.

Known as the history maker, Dolan famously hit the first ever nine-dart finish at the 2011 World Grand Prix in Dublin.

Carlow's Steve Lennon is another Irishman throwing tomorrow. He faces 29th seed Devon Petersen tomorrow at approximately 7:00 pm, in the second game of the evening session. Lennon comes into this game off the back of a 3-1 victory over Daniel Larsson on Saturday.

Along with William O'Connor, Lennon was part of the Ireland team that got to the final of the World Cup of Darts in 2019. He was also a special guest at the Premier League event in Dublin last year.

What a walk-on... Introducing “The Shamrock” Steve Lennon ☘️ pic.twitter.com/b8Og6pXTxN

Then in Wednesday's opening game of the afternoon. Tyrone's Mickey Mansell is up against Ricky Evans, with the winner facing tournament favourite Michael Van Gerwen in the third round.

Mansell is from Clonoe in Tyrone and is known as the Clonoe Cyclone and won his first round match against Haupai Puha.

Great scenes today at the World Darts Championship as Tyrone's Mickey Mansell records his first win on the Ally Pally stage with a 9 straight leg win over Haupai Puha. Not to be for Cork's Ciaran Teehan as he loses out to Wayne Jones 3-2
📹 @SkySportsDarts @C10noeCyclone #Darts pic.twitter.com/Wq8wKd2PV6

Derry's Daryl Gurney has already booked his place in round three and he will face Chris Dobey on December 27th. Gurney is seeded 11th and is the highest seeded Irish player in the competition. He overcame Limerick's William O'Connor last week and will fancy his chances against Dobey.

Gurney, nicknamed Superchin, has played in the Premier League of Darts before and has won two PDC premier events, the World Grand Prix in 2017 and the Players Championship in 2018. He represents Ireland's best hope of a World Championship winner.

Stand up if you love the darts!

SEE ALSO: The Story Of How There Came To Be Two World Darts Championships 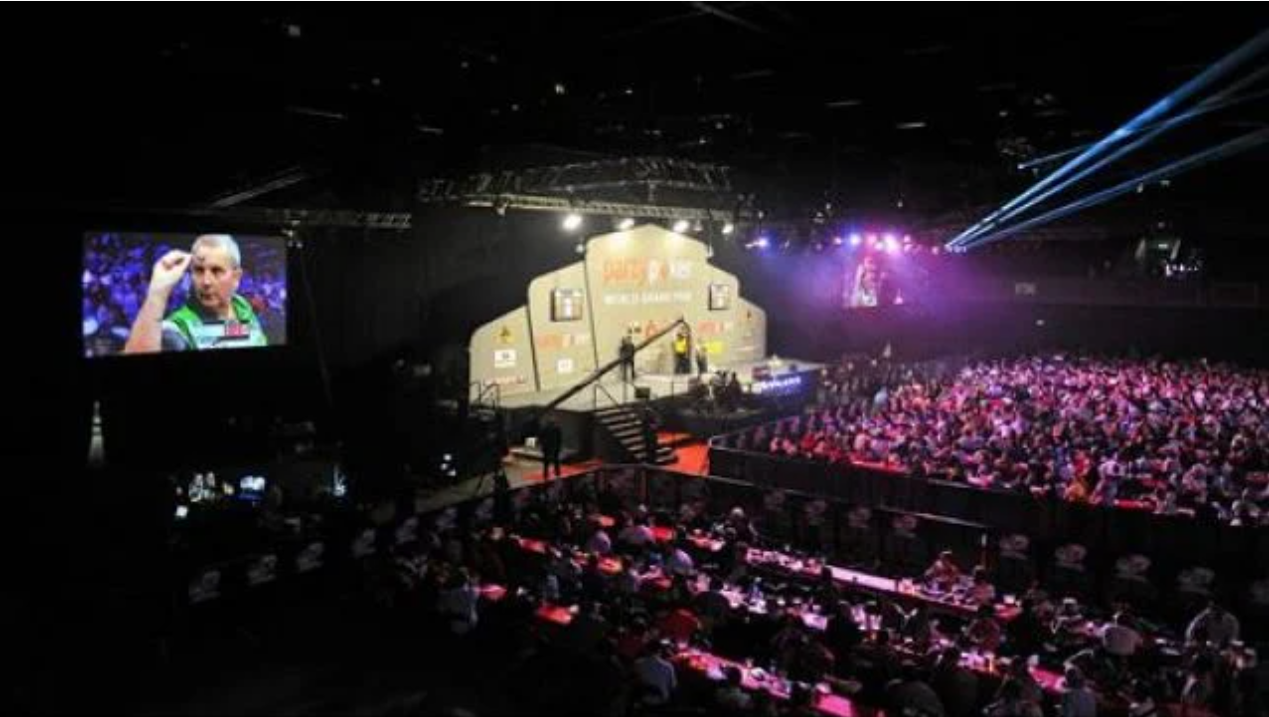 Other Sports
1 year ago
By Conor McKenna
Festive Dolan Continues Irish Darting Fairytale At Ally Pally
Other Sports
3 years ago
By Gary Connaughton
Watch: Fermanagh's Brendan Dolan Advances To Last 16 Of World Championship
Other Sports
3 years ago
By PJ Browne
Fermanagh Man Rips It Up To Make Third Round At The Darts
Popular on Balls
Football
1 day ago
By Eoin Harrington
'Ronaldo Is A Cod' - Remembering Eamon Dunphy's Infamous 2008 Rant
GAA
17 hours ago
By PJ Browne
The Draw Has Been Made For Tailteann Cup Opening Rounds
GAA
1 day ago
By PJ Browne
Donal Óg Cusack Defends Dublin Hurlers After John Mullane Criticism
The Rewind
2 days ago
By Eoin Harrington
Watch: Brilliant Dermot Morgan Dublin Segment From 'The Travel Show' Resurfaces