Gary Anderson has been known to give some very entertaining interview in the past, but this one has to be right up there with them.

The Scot was in action in the Grand Slam of darts this afternoon, securing a 5-3 win over Czech player Adam Gawlas. However, he was not in a jovial mood after the contest despite his victory.

Speaking to Sky Sports, he accused his opponent of sniffing on stage just as Anderson was about to throw in order to put him off, saying it was a form of cheating.

You know what, it's nice to play darts. You get players that snark in your ear every time you throw. It always seems to come from the same team, then it gets on your nerves a bit.

Would I pull out? Yeah because darts isn't darts anymore.

You need to have a word with everyone that watches darts. They call it gamesmanship, I call it cheating. I'll see them through there when I go through...

It's not upset me. You ask a lot of players and they don't say anything, I'll say something. If they're all sniffing, they better get the test again. That's the way I look at it.

When asked to describe how tough of an opponent Gawlas was, he replied "they're all tough players", before ending the interview abruptly.

The lack of crowds at events has certainly brought a new dynamic to darts. Many players have accused their opponents of trying to put them off with the use of underhanded tactics, making noise as they are about to throw in what is an otherwise very quiet environment.

Anderson certainly wasn't happy on this occasion and clearly believes there are a number of players on tour who are consistently guilty of this offence.

SEE ALSO: It's Six Years Since The Ill-Tempered Clash Of Wright & MVG In Dublin 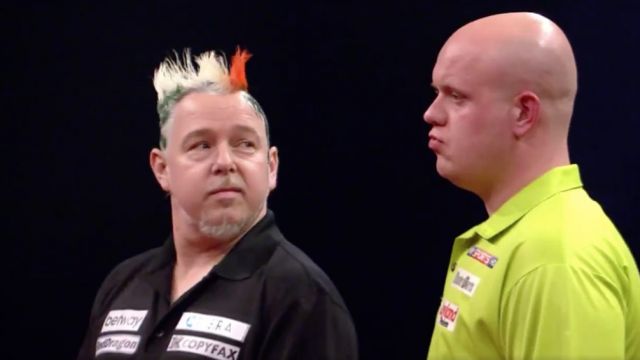