Nearly five years on from winning silver at the Olympic Games and Gary O'Donovan is no longer his brother Paul's partner in the Irish lightweight men's double sculls.

On Sunday, Paul was partnered by Fintan McCarthy as the Irish boat won gold at the European Championships in Italy. The pair previously won gold in the event at the 2019 World Championships.

Gary O'Donovan also competed this weekend, rowing in the lightweight single, where he finished just outside the medals in fourth.

When the Olympics swing around later this year, it will - barring some unforeseen circumstances - be Paul O'Donovan and McCarthy in the Irish men's double. 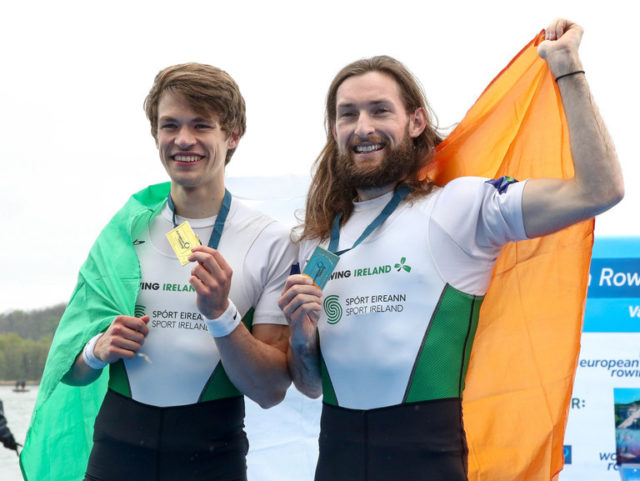 11 April 2021; Fintan McCarthy and Paul O'Donovan celebrate with their gold medals after the Lightweight Men's Double Sculls A Final at the European Rowing Championships 2021 at Varese in Italy. Photo by Roberto Bregani/Sportsfile

"In my mind, I'll just be trying to make the single go as fast as I can," Gary O'Donovan told RTÉ on Sunday when asked about his next step following the European Championships.

"I don't think there will be much of an opportunity for me to get back in the double because the guys are going so well. That opportunity is probably gone at this stage.

"If something goes wrong, I'll be there as a backup and reserve. I can hopefully do a good job if that happens.

"It's just about being the best athlete that I can be at the moment.

"I enjoy rowing. I like racing and I want to do as well as I can no matter what race I am in. I'm here competing in international regattas. If I can get my act together, row a little bit better, then hopefully I'll be able to compete for gold medals.

"We've been doing this forever. We've been trying to get faster our whole lives. I don't think that just because I'm not in the double, I should stop trying to get any faster."

O'Donovan thought he had an "alright race" on Sunday. He finished two seconds behind third-placed Artur Mikolajczewski of Poland. Gabriel Soares of Italy took silver and Peter Galambos of Hungary won gold.

"It wasn't my best race ever," said the Corkman.

"It's a step in the right direction compared to my previous international races in the single. I'm much closer to the top guys than I have before.

"My rowing down the middle of the race isn't great. I'm not finding that rhythm and good connection with the water that I'd like to find. I think if I get that right, there's more physiology in me. I think I can go faster. 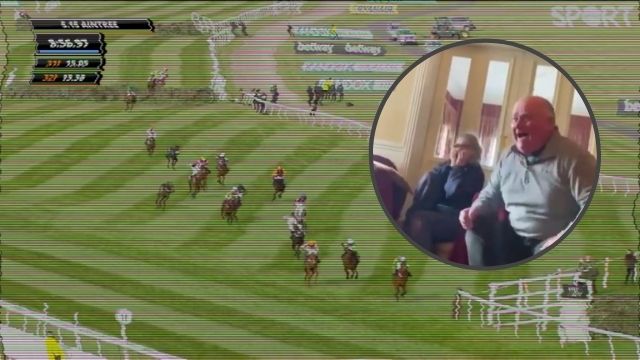