Other Sports
Oct 8, 2021
By Gary Connaughton

Darts needs a villain, and there is certainly no better example in the game at the moment than Gerwyn Price.

The Welshman is a hell of a player, winning the 2021 World Championships and currently sitting top of the world rankings.

He is also a very prickly character, one that rub opponents and spectators up the wrong way. There have been no shortage of examples down through the years, with another arriving last night.

Price booked his place in the semi-finals of the World Grand Prix in Leicester, defeating Dave Chisnall on a 3-0 scoreline.

❄️ Gerwyn Price turns it on and this 104 finish brings about a two-set lead. He's now in the driving seat in this crucial clash.

This event normally takes place in Dublin, but was moved due to the current covid restrictions in Ireland. It's fair to say Price was not impressed with the crowd in the new venue.

Speaking to Sky Sports after his win, he labelled the Leicester spectators as 'pathetic' for the way they treated him throughout the match.

There's a lot more in the tank for me, it was a difficult game. Obviously the crowd was a but rubbish again, as you can hear.

But I won, so no matter what they do I will keep winning...

The crowd are absolutely pathetic... There is a little bit (of support)...

They can boo me or do what they want but I keep winning, so happy days.

It's fair to say that those in attendance didn't take too kindly to those comments.

Price will now take on Stephen Bunting in the semi-finals, hoping to retain the title he won for the first time in 2020.

We imagine the crowd will be fully behind on his quest to do so. 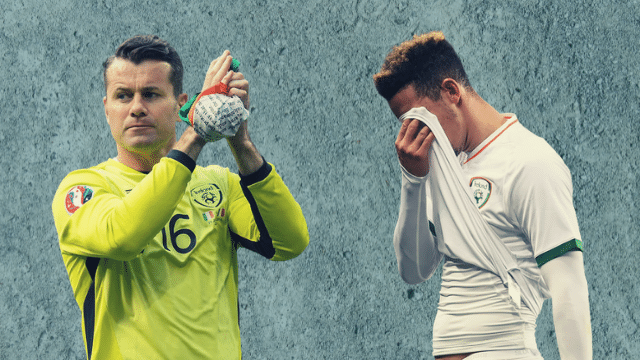 Other Sports
1 month ago
By Eoin Harrington
Joe Cullen Claims Gary Anderson Called Him A "Cheat" During Premier League Bust Up
Other Sports
2 months ago
By PJ Browne
How To Watch UK Open Darts On ITV4 In Ireland
Other Sports
2 months ago
By Gary Connaughton
Gerwyn Price Reveals Dublin Crowd Antics Made Him Question His Future In Darts
Popular on Balls
Football
4 hours ago
By Eoin Harrington
Juan Mata Questions Manchester United Management After Dire Season
Golf
2 days ago
By Gary Connaughton
Padraig Harrington Glad He Didn't Have To 'Make A Decision' On Saudi Golf League
Football
1 day ago
By Gary Connaughton
The Frank Lampard Love-In After Everton's Survival Was Downright Bizarre
GAA
2 days ago
By PJ Browne
'It Came At An Awkward Time. I Didn't Think It Would Be So Bad'