Other Sports
Oct 1, 2018
By Paul Fitzpatrick

What must surely rank as the greatest rivalry in Irish female sport threw up another epic at Croke Park on Saturday night. In a thrilling classic, Limerick’s Martina McMahon defeated Cork’s Catriona Casey 14-21, 21-20, 21-20 in the All-Ireland 60x30 Senior Singles handball final.

The duo have now met in two All-Ireland finals this season, as well as the final of the World Championships in Minnesota in August, and their rivalry just keeps on giving. While McMahon has won all three of their encounters, two were by wafer-thin margins and Casey – once described by a leading American handball promoter as the greatest female to ever play the game – had the upper hand previously.

At this point, for non-handball fans, we should point something out. The closest possible match there is in the sport is when a game goes to a 21-20 third game. That’s a rare thing; in singles and doubles at senior level, it has happened maybe five times in the last 20 years.

Two of those were this year - in the 40x20 and 60x30 All-Ireland senior finals – and involved the same two players: McMahon and Casey. 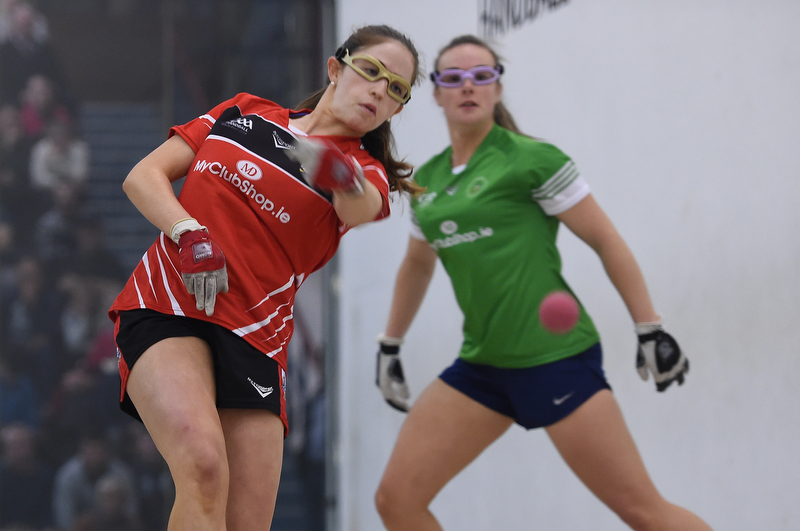 “What makes this rivalry so enthralling is that their styles cancel each other out to a degree,” stated GAA Handball’s National Development Officer Darragh Daly.

Martina is very aggressive and likes to shoot the ball from deep in the court. Catriona can do that too at times but probably plays more of a percentage game. They are two amazing players and what makes it even better is we have other magnificent players like Aisling Reilly who are on a similar level, too.

On Saturday, McMahon, the Broadford woman who was a former underage and intermediate camogie player with Limerick who hung up her camán to concentrate on handball – just about edged it. In the third game, the duo were level an astonishing nine times, with both playing aggressively and the crowd on their feet.

McMahon went 20-17 up with an unreturned serve but 2017 champ Casey wasn’t going away and drew level at 20-all.

She had two chances to win it but eventually McMahon closed it out with a right-corner kill. The players were awarded a rare standing ovation from the attendance after another astonishingly close battle.

I wasn’t too happy with my performance throughout but when things don’t go your way you have to dig deep and that’s what I did. That’s not taking anything away from Catriona, she definitely changed her 60x30 game since last year, off the back wall for example she was killing which she didn’t do before and that caught me on the hop a few times.

We have met a lot and in previous years Catriona was on top so I suppose it’s nice to have one over her this year.

For a rivalry, you need two players so it’s not all me and it’s not all Catriona. We are pushing each other on and you can see over the past two years how both our games have improved.

With the 40x20 season just around the corner, handball fans are sure of another couple of thrilling clashes between their leading ladies. McMahon has been awesome all year but the brilliant Casey – who admits to being extremely competitive by nature – is certain to be back.

Last week, Casey was contacted by a journo who asked her how long it had taken to get over losing to McMahon in the final of the Worlds in August. Her answer, delivered with a wry smile, summed it up.

I’ll let you know when I do.

This is going to get better and better. 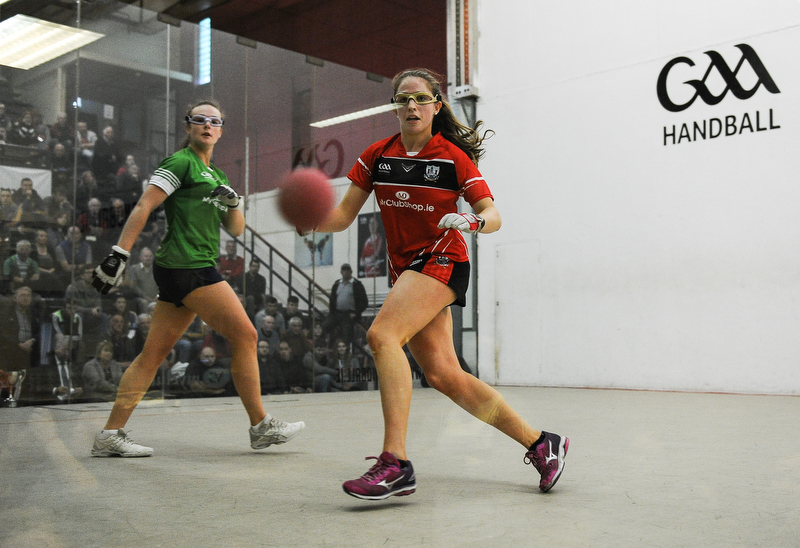