As we approach the end of another year and another decade, the debates inevitably begin.

Who is the Irish sportsperson of the year?

Who is the Irish sportsperson of the decade?

Where do they rank among the greatest Irish sportspeople of all time?

Behind all the great sportspeople, however, are great ambassadors, the men and women so often starved of the spotlight.

These are the people behind the stars, those that have been resolutely committed to the growth of their sport, whose achievements have set platforms for others to flourish.

How does Northern Ireland continue to punch above its weight in boxing? The answer is multi-faceted but make no mistake about Gerry Storey's role in putting the province on the map in world boxing. While both sides of the community - loyalists and nationalists - have spent decades warring on the streets, Storey has dedicated his life to bringing the communities together within the gym. 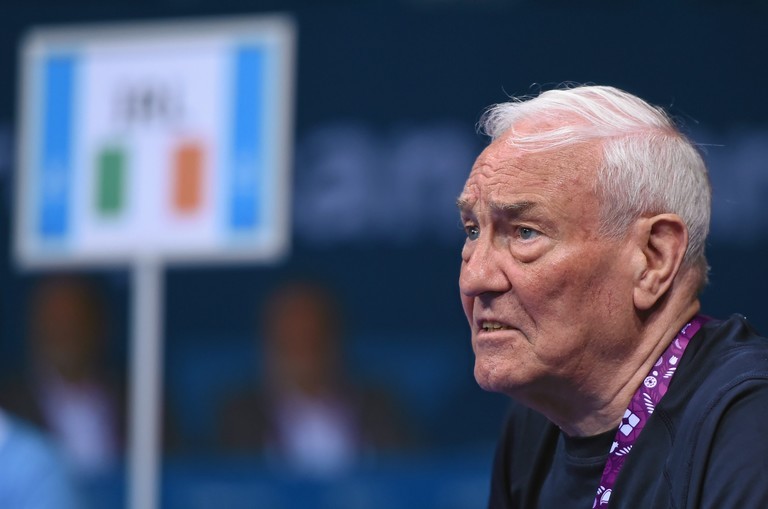 Some may question his inclusion in this list, given so many are already aware of his legacy, but few know the some of the significant details from his life - there have be assassination attempts, summonses by paramilitary organisations, and numerous other incidents, many of which have been documented in the recent book by Donald McRae, In Sunshine or In Shadow.

The octogenarian continues his work to this day, helping boxers reach their potential when the external climate may be attempting to pull them in other directions. No figure has had Storey's impact on boxing on this island; no future figure probably ever will.

The race-walking career of Pierce O'Callaghan came to an end just after the turn of millennium, but it has been his efforts on the world stage since then that has him cement a peerless legacy. That's not to take away from his achievements in competitions - being a 16-time Irish champion and qualifying for the Olympics speaks for itself. 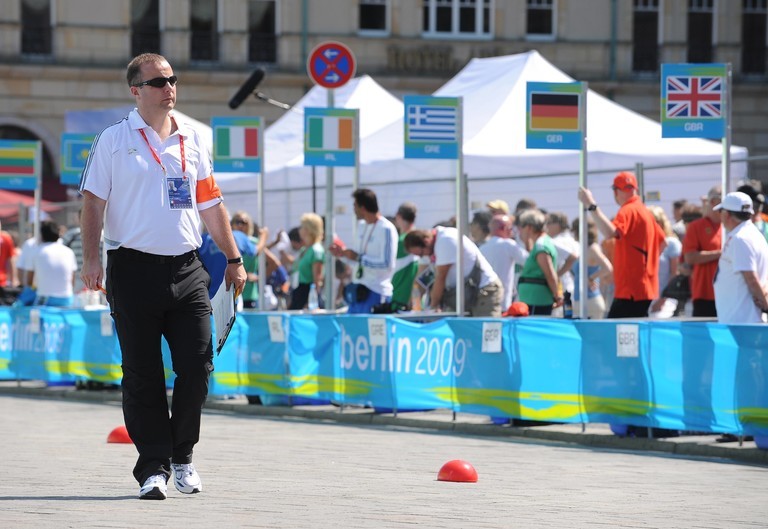 Since his retirement from competition, he has been a Director of Communications for the European Athletics Association, brought in as a special adviser for the inaugural European Games in Baku in 2015, and has been appointed as Head of Operations for the 2017 World Championships in London. Earlier this year, he was appointed Director of Readiness ahead of the World Championships in Doha.

Away from the track, he is a constant presence in the ongoing promotion of the sport. He is an unofficial authority on Irish records and in 2017 he began a campaign to radically retire old world records, starting a clean slate in the hope of cleaning athletics' notorious reputation.

Not that it needed to be repeated, GAA coverage is a 12-month cyclical pursuit. Away from the glamour of All-Ireland finals and high-profile summer fixtures, the show must go on. The GAA Beo team never seem to take a break and while it is certainly a team effort, Micheál Ó Domhnaill is the face of the operation. 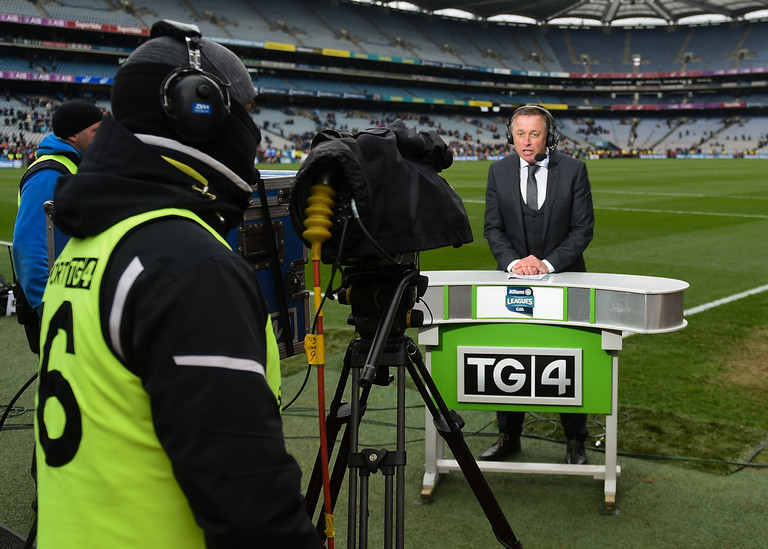 Over the years there is no corner of the country Ó Domhnaill and the team haven't been to. For those with no interest in sport outside the realms of Gaelic Games, the Sligo man is a welcome visitor to the living room every weekend as he fronts coverage of league, club and underage action.

With the presenter steering the ship, TG4 has become a GAA institution, providing top quality coverage on a weekly basis - anathema to the controversy-strewn broadcasts that can dominate the build-up to big summer games.

With Connacht heading to Gloucester this Sunday for a Champions Cup clash with Gloucester you'd be forgiven for forgetting things weren't always so rosy for the Westerners. Gerry Kelly became the CEO of Connacht Rugby as the the sport was in the process of heading into a new professional era. But there were more pressing issues for the men out West. 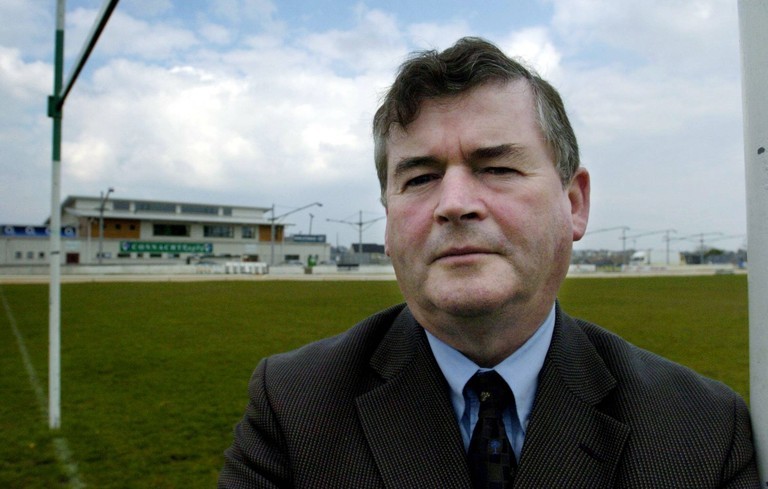 As the province slipped behind their provincial rivals the IRFU threatened to scrap the region's professional outfit. Kelly continues to stay involved with Garbally College's distinguished rugby outfit that won yet another Connacht Senior Cup this year, their 47th win in the competition.

The former CEO also presided over redevelopments of the Sportsground at the beginning of the decade, most notably the Clan Terrace, before retiring from the gig in 2012. Whatever success followed, he was pivotal in laying the foundations that are still felt right throughout the five counties. Without Kelly, Connacht may have simply been resigned to a chapter in the history books.

There was an immense sense of relief recently when word trickled through that a photographer who had been trampled on by a runner at Navan last month had not sustained serious injuries. That's because in the extended racing family Pat Healy is a ubiquitous presence. 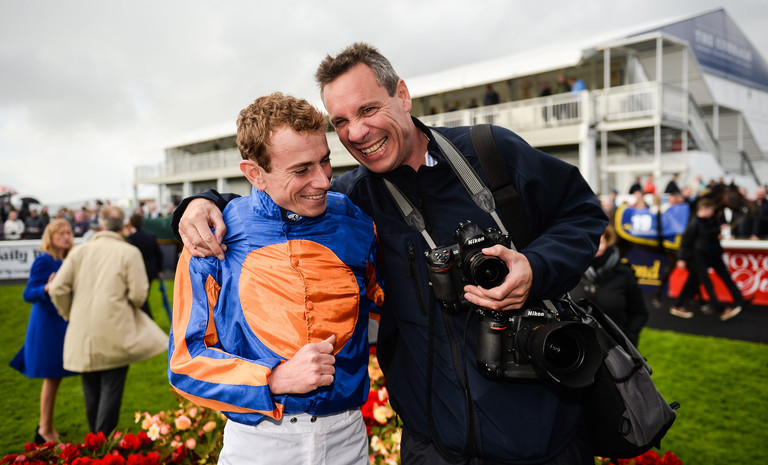 The Listowel man's odometer has taken a fair battering over the decades as he travelled the country to crouch behind the rail at a fence or a winning post, all for the sake of the perfect shot. He's become one of the characters of the game, adored by jockeys, punters and enthusiasts alike - few command the respect of those in the industry like the Kerryman,

Thankfully, he is returning to the front line and made an appearance at Fairyhouse at the weekend for the big Winter Festival. Whenever you are attending a race meeting in future, wherever in the the country, keep an eye out for the affable man on a stool down the back straight or that figure fearlessly taking cover behind a fence or hurdle with a camera in hand.

One of the standout moments in Paul O'Connell's autobiography, The Battle, was an encounter with an enthusiastic sports psychologist student in Limerick. She was expecting to learn from one of the greatest rugby players in the world but instead became the tutor, handing him the tools to become one of the best Irish players of all time. 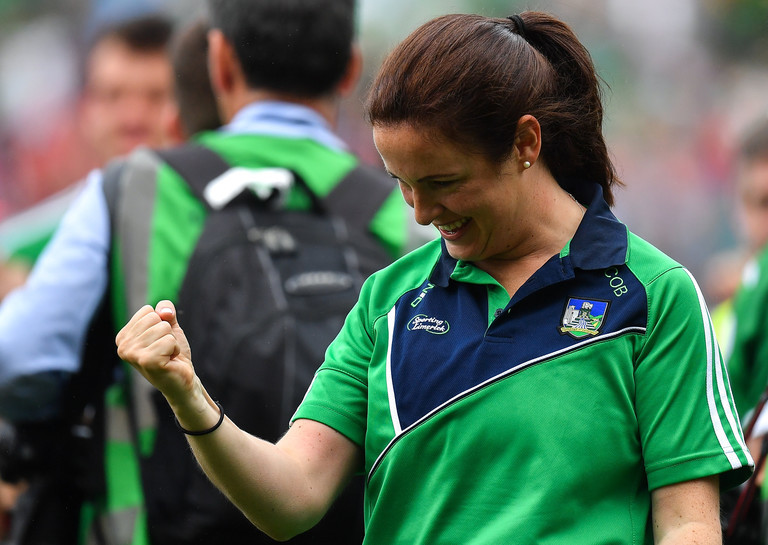 Caroline Currid would eventually switch her focus back to GAA, never staying long with a team but always providing a lasting impact in her role as a sports psychologist. She helped Tyrone and Dublin to All-Ireland football glory, as well as helping the Tipperary and Limerick hurlers to their own slices of All-Ireland success.

When the Sligo native started out in her current profession there were plenty of skeptics - indeed there still is - but there's no denying her impact once you take a brief glance through her résumé. There's no doubt that she has worked with a slew of high-profile athletes we may never be made aware of, too. With what we do know, she deserves her place on the pedestal as doyenne of sports psychology.

How does a small town like Skibbereen become such a powerful hub for rowing? Everybody has heard of the town's famous rowers, the O'Donovan brothers et al, but driving it all in the background is Dominic Casey. 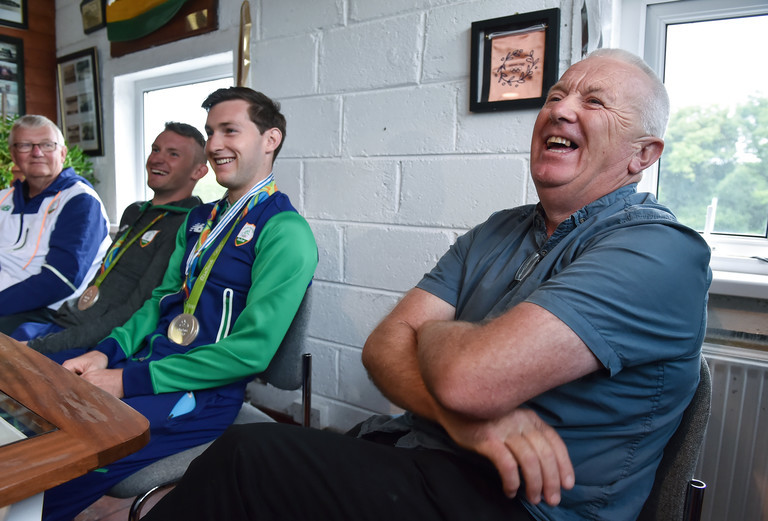 The rise of the local club and Irish rowing in general saw Casey named as 2018 World Rowing Coach of the Year, but he's been dedicated to the cause for decades before Gary and Paul O'Donovan became darlings of the nations in 2016 with the first medals won for Ireland in rowing at the Olympic Games.

In a former life, Casey was also a committed competitor on the water but once he hung up the oars he was straight back into coaching with the club he has been a member at since 1979. After years of dedication only now is the sport reaping the rewards, and Casey is content staying out of the spotlight.

SEE ALSO: Have We Just Witnessed The Next Star Of The Cheltenham Festival?

Other Sports
3 years ago
By Maurice Brosnan
Quiz: Match The Sports Star With The Memorable Quote
Other Sports
6 years ago
By Gary Reilly
Watch: We Guarantee You Won't See A Better Irish Hockey Goal Today
239

Other Sports
6 years ago
By Conor O'Leary
Video: Ireland's Youngest Special Olympian Wins Gold Live On Air, And It's Magical
Previous Next