Turner has been a member of Ireland’s elite Paralympic swimming team since the age of 12 and Tokyo will be her second Paralympic games. She spoke on Tuesday at a media event to promote Paralympics Ireland’s new fundraising campaign, The Next Level. The impact of the pandemic on para-sport in Ireland cannot be underestimated, with estimates suggesting it may have cost Paralympics Ireland upwards of €500,000. Turner is obviously passionate about the fundraiser and said that the impact of it will be felt for years to come.

“Obviously sport can be very expensive and between athletes, between every athlete, like, they do see the tiredness and the amount of effort that goes in. And obviously people do get great satisfaction watching the Olympics and Paralympic Games and we’re just asking people to go to Paralympics.ie and donate – even a Euro, there’s so many people across Ireland, donate as little or as much as they can.

And it won’t obviously just have an effect on us, it’ll have an effect on upcoming Paralympians going to Paris in 24 and LA in 28 and obviously a lot of work went into it and there’s a few athletes involved in it, so we’re just trying to ask people to get behind us and give us that little bit of support.”

Turner is fresh from an appearance on The Late Late Show last Friday, where she launched the fundraising campaign alongside some of her Paralympics Ireland teammates. You can donate to the fundraiser at Paralympics.ie.

For her age, Turner has had a remarkable amount of success - perhaps the highlight was taking a silver medal on home soil in the 2018 European Championships. She was Ireland’s flag-bearer at the closing ceremony at the 2016 Rio Paralympics, where she was the youngest team member at just 14 years old. Her performances in Rio were impressive, bringing home a 5th place finish in the S6 50m butterfly final – and she’s eager to get even better results this summer in Tokyo.

“To be honest, I'm hoping to get on the podium. As I said on Friday night, at the time, I didn't realise how big Rio was. Now going into my second Paralympic Games, I wouldn't say that I have expectation but I have a drive that I want to get on that podium.” 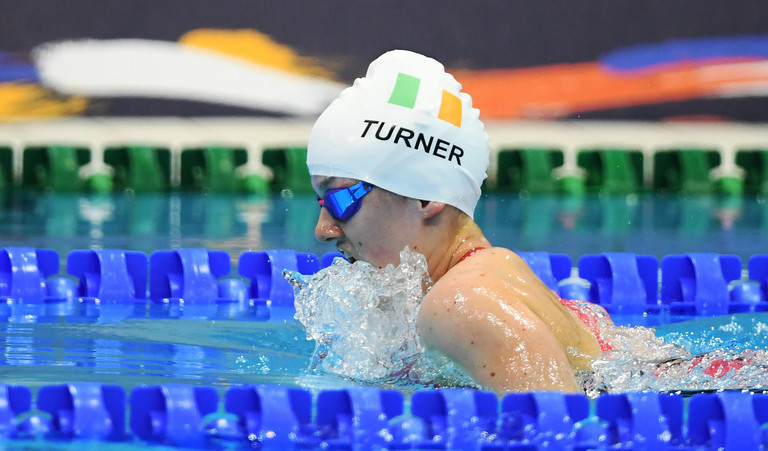 The year has been filled with challenges for elite athletes in Ireland. Not to mention the cloud of uncertainty surrounding the Tokyo Games and whether or not they will be going ahead, the yo-yoing in and out of lockdown on Irish soil has presented challenges accessing training facilities. Turner gave an insight into how different her current training routine is to what it would have been in pre-COVID times:

A massive change. Even though we swim for Ireland, we'd all swim for clubs with different groups of people. We went to be in a squad of 18, there can only be 18 of us in the pool every day. Now at the minute, there's only four. Obviously it is nice having plenty of space but it can be very quiet sometimes, the atmosphere.  Between the four of us, we obviously try to build each other up, but that's the main thing that's affected us. You don't realise how much of a team you have behind you until they're gone here.

Turner is from Portarlington in Laois and commutes to the National Aquatic Centre in Dublin for training. The drive up to Dublin can take a while – so the changes necessitated by lockdown have had at least one pleasant knock-on effect for her.

The way training's working at the minute is quite nice. With the NAC, we train 5-7 every weekday but then on a Saturday morning we're in the pool for 7am. Obviously because I live an hour away, I'd be up at 20 past five on a Saturday morning, whereas now we're training bang in the middle of the day so I get a bit of a lie-in every morning!

Turner made headlines last year when she revealed she was taking a year out of school to focus on her training for Tokyo. When the games were postponed last March, that became two years instead. Though the additional year out of school was not in Turner’s original plans, she has no regrets about her decision and says it has allowed her to give her all to her training for the Paralympics.

Obviously education is important but swimming isn’t going to last forever and I’m in my youth now and I want to excel in my sport. So that’s why I decided to put a hold on my education and focus on swimming.

Obviously education is a massive thing and I did get a huge amount of support from the Sport Ireland institute and my coaching staff that are still working with me around education, but obviously just not in school. So, it was a big decision but it’s a decision I don’t regret.

Representing your country at the Paralympics is a hugely exciting moment for any sportsperson and Turner is clearly determined to go one better and bring home silverware from Tokyo. If she can, it will certainly make returning to her Leaving Cert that little bit easier. 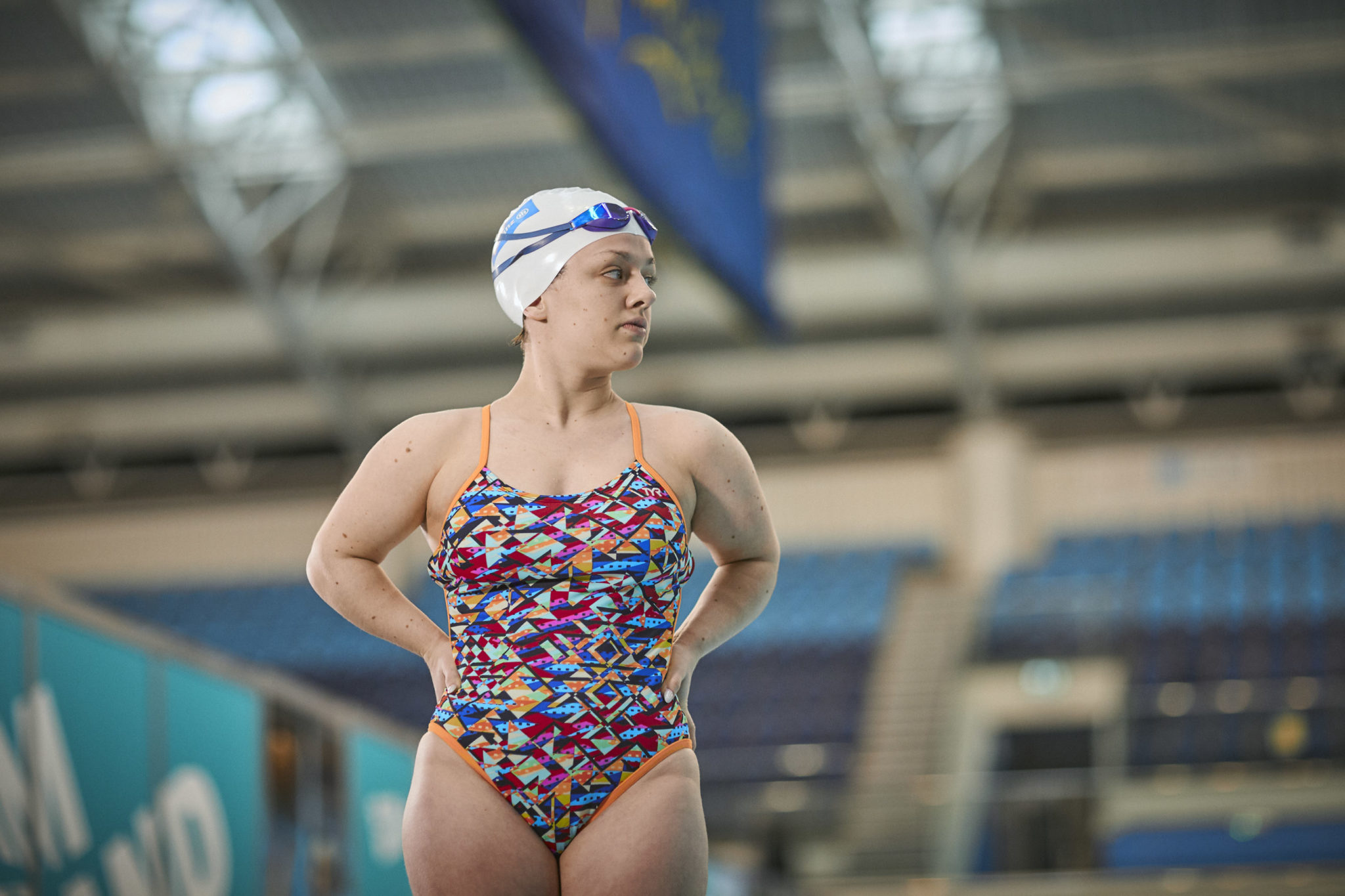 Irish Paralympic swimmer, Nicole Turner, pictured following the announcement of Paralympics Ireland’s new fundraising campaign ‘The Next Level’. Ireland’s elite para-athletes are constantly striving to achieve the next level of their sport through dedication, commitment, and perseverance. The new campaign aims to raise vital funds for para-athletes in Ireland and help to support Team Ireland’s journey to Tokyo 2021 and beyond. You can get behind the team now at: https://paralympics.ie (Photo: Simon Burch)

SEE ALSO: 'When Tokyo Was Postponed, It Was A Blessing In Disguise' 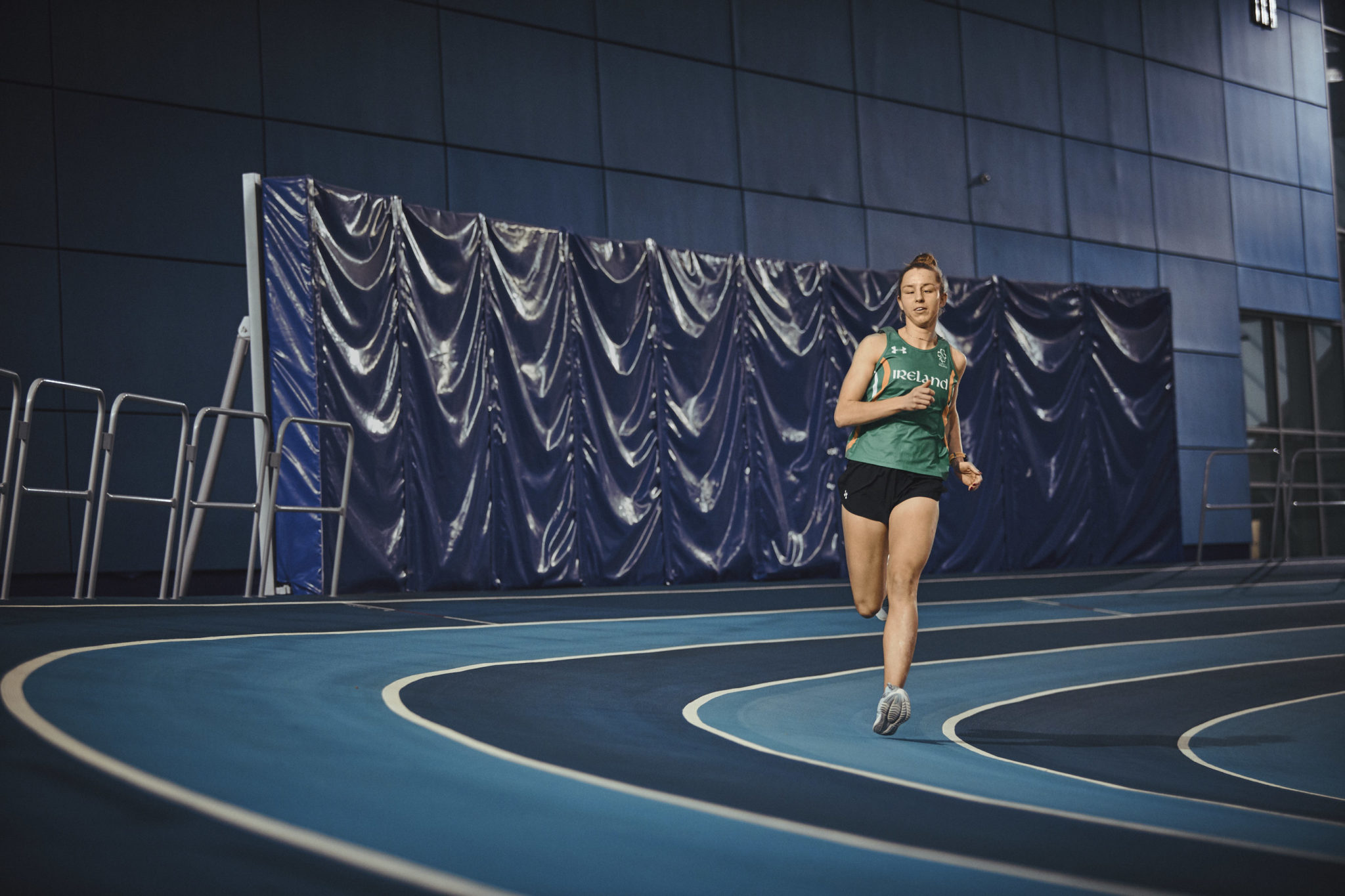