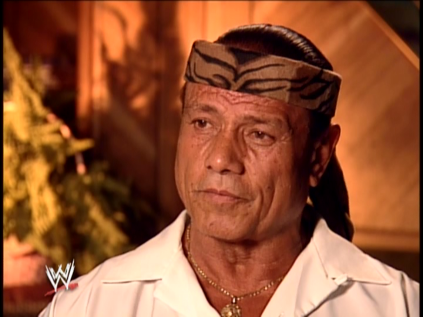 Balls.ie's official wrestling podcast, 'Low Blows', is back after two weeks off where shit hit the fan in the wrestling world. On the agenda - as told via Billy Joel song - Jimmy Snuka has been charged with murder, WWE World Champion Seth Rollins' girlfriend is released after being found with Nazi memorabilia, several instances of fans attempting to attack WWE stars, is Kurt Angle coming back to WWE and more.

As Jade Costello fills in for a USA-bound Don this week, her and Rick also cover the Raw season premiere in fast forward, give their picks and Honest Trailer for Night of Champions plus, in the wake of Jonathan Rachel Clynch's revelations at the weekend, what wrestlers could be gender fluid?

Other Sports
5 years ago
By Rick Nash
Finn Balor The Next Cena, HBK In Ireland And More On This Week's 'Low Blows'

Other Sports
5 years ago
By Rick Nash
Finn Balor The Next Cena, HBK In Ireland And More On This Week's 'Low Blows'
Popular on Balls
The Rewind
15 hours ago
By Donny Mahoney
Tonight's Famine Documentary On RTÉ Is Required Viewing
13