Mark O'Donovan and Shane O'Driscoll won gold at the European Rowing Championships in the Czech Republic.

The Skibbereen pair took an early lead in the lightweight men's pair final and maintained it with a dominant performance. 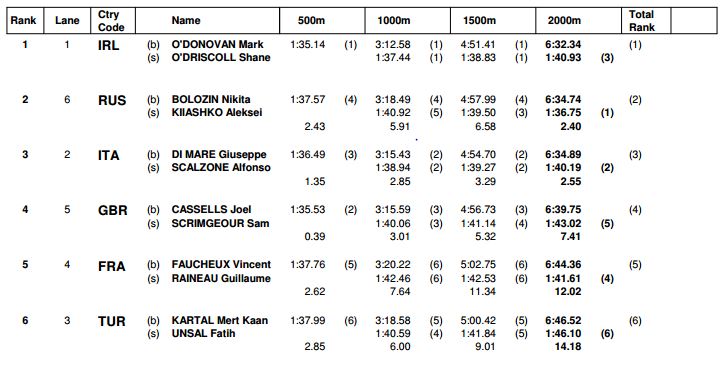 Speaking on RTÉ after the race, Neville Maxwell called it the best performance he has ever seen the in the lightweight pair from any crew.

A brilliant start to the morning for Ireland and Skibbereen was following up by another medal, silver for Denise Walsh in the lightweight's women's single sculls.

Earlier this month, O'Donovan and O'Driscoll also won gold at the World Rowing Cup in Belgrade.