Sherrock, the first female finalist in a teelvised PDC event, led 6-3 before the Dutch star roared back to win 11-7.

Michael van Gerwen ended his long wait for a first PDC title of 2021 as he survived a major scare from Fallon Sherrock to win 11-7 in the final of the Nordic Masters in Copenhagen.

The three-time world champion overcame Madars Razma 10-4 in his quarter-final earlier in the day before seeing off Premier League winner Jonny Clayton 11-7 in the semi-finals.

Sherrock had reached her first PDC final by producing a thrilling comeback to beat former World Matchplay champion Dimitri Van den Bergh 11-10 in the last four, having faced deficits of 8-2 and 10-6.

Fallon Sherrock is into the final of the 2021 Viaplay Nordic Darts Masters after coming from 7-1 and 8-2 down to defeat former World Matchplay champion Dimitri Van den Bergh in a deciding leg!

Having produced finishes of 101 and 100 in the last two legs of that match, she looked capable of causing another stunning upset as she led 6-3 during the early stages of the final but Van Gerwen reeled off six straight legs to clinch the crown.

“I had to wait a long time to win a trophy,” said Van Gerwen in an emotional on-stage interview.

“Fallon played a phenomenal tournament and I think she played one of her best games in her life in the final and I want to give her all the credit because she made it really difficult.

“I think I deserved it this weekend. I played really well overall but also the crowd has been absolutely phenomenal. It’s been too long since we had crowds like this, especially on a televised tournament, all I can say is thank you very much.

“I’ve been through a really tough period, this means so much to me. I’ve been working really hard on my game and then it finally pays off and I think I played really well over here.”

An emotional Michael van Gerwen opens up about dealing with the immense pressure on his shoulders as he picks up his first title of 2021. pic.twitter.com/ySajpQlMwE 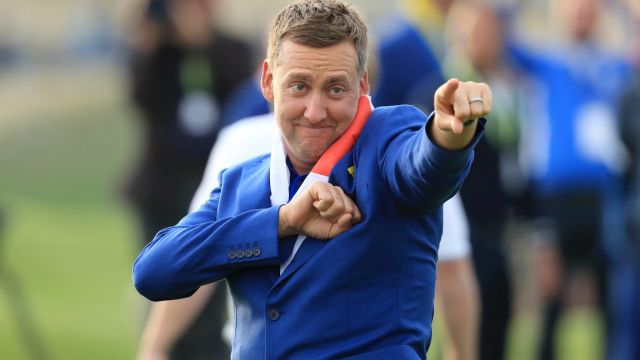