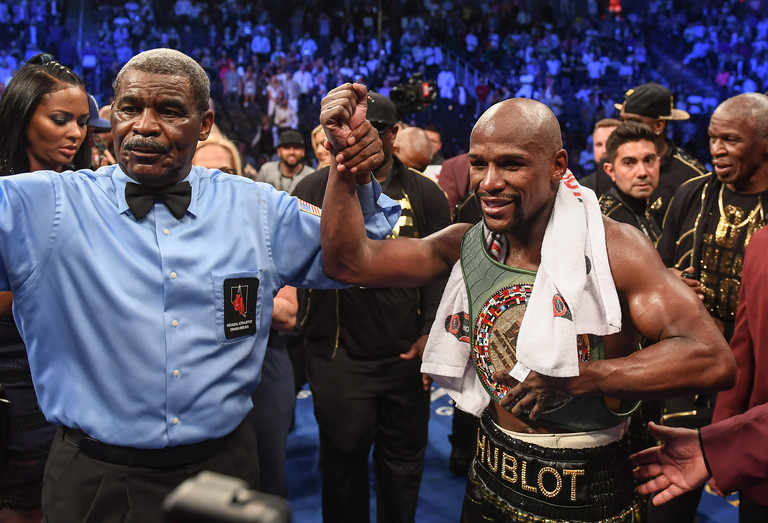 Conor McGregor also benefitted from the historic fight last August, as the Irish MMA athlete jumped to fourth spot with a reported $99 million earnings of which $85 million came in winnings/salary.

Ronaldo has been the highest paid athlete the two previous years but fell to third. Forbes used salary and bonus data between June 1, 2017 and June 1, 2018 to create the list. For the first time, a woman does not make the top 100.

In 26th place is golfer Rory McIlroy, who amassed the bulk of his earnings through endorsements as $34 Million of $37.7 million reportedly came from that.  Two American football players make the top ten, coming in ninth and tenth.

Other Sports
1 year ago
By Aonghus Ó Maicín
How Realistic Is A Conor McGregor UFC Event In Dublin This December?
12

Other Sports
1 year ago
By Aonghus Ó Maicín
How Realistic Is A Conor McGregor UFC Event In Dublin This December?
MMA
1 year ago
By Balls Team
John Kavanagh Claims McGregor 'Regrets' Mistakes And Is Trying To Move On
MMA
4 years ago
By John Balfe
Dana White Isn't Very Optimistic About Diaz-McGregor Ever Happening
Popular on Balls
The Rewind
8 hours ago
By Mark Farrelly
A Beginner's Guide On How To Speak Like A Cavan Person
15