The Unheralded Story Of The Irishman Who Discovered Baseball's First Superstar

It was midway through the 19th century when the Donovan family set sail for North America; like so many other Irish families of the time, their sights set on a better life. Jeremiah and Nora Donovan embarked the emigrant ship at Queenstown, their seven children and dreams in toe, knowing little of the awaiting life on the other side of the pond but probably knowing it will never be the same.

This was common. What wasn't common was the life one of their youngest would go on to experience.

Among the Donovan party on that day was three-year-old Patsy, a toddler who would grow up to have quite the distinguished career playing baseball before leaving a post-career legacy that continues to be felt. The name may have dissipated into the ether of bygone generations but his contribution is, without question, a monument in the sport. The name isn't widely-lauded, it isn't widely-recorded, but the remnants of its contribution is by no means inconsequential. For Donovan's legacy must be one of the most mysteriously unheralded in the long history of the game.

Once the Donovan family arrived in the New World, they would come to settle in Lawrence, Massachusetts, 30 miles north of Boston, where young Patsy would grow up to develop an insatiable taste for the game known as America's Pastime. 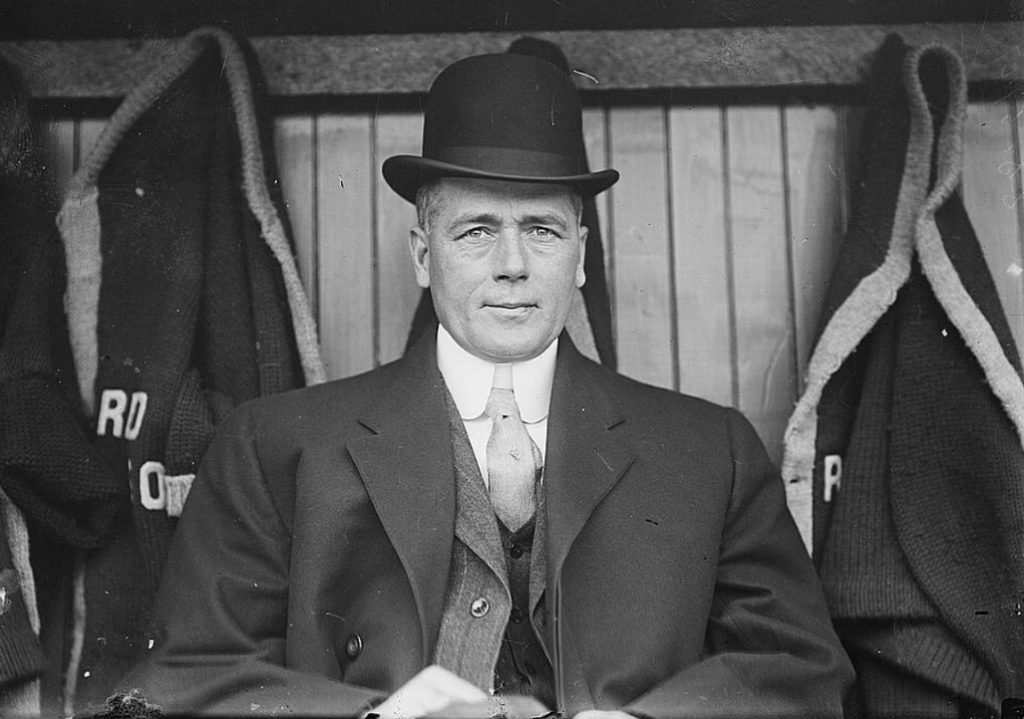 During a playing career that saw Donovan take to the Diamond in Boston, Brooklyn, Pittsburgh, St Louis and Washington, he boasted a batting average of .300 across a number of seasons, constructing a hefty reputation for consistency despite his well-travelled ways. Giving him the tag of journeyman would probably be an injustice given the numerous calls that have been made for him to be inducted into baseball's iconic Hall of Fame, and among those who have called for his induction was a past pupil who may not have realised his ambitions on the Diamond but who went on to realise fairly lofty ambitions in a very different realm - George Bush Snr.

The former US President was just one who wrote to the noble institution in Cooperstown to nominate his former teacher as an inductee, referring to his former mentor as a man "of the highest character." Alas, Donovan remains an absentee.

After the Irish immigrant's retirement from a long playing career, he immediately dived into the world of management, taking charge of the Boston Red Sox for the duration of the 1910 and 1911 seasons though hardly setting the world alight. It didn't matter. The Red Sox won the World Series in 1912 when Jake Stahl was handed the torch, and it could be thus argued that Donovan played a major part in laying the foundations for that breakthrough success.

They would land three more titles over the course of the following decade in advance of a certain hex clouding the team's progress for the best part of a century - or so goes the Curse of the Bambino.

Not to be deterred by his lack of success spearheading the Red Sox, Donovan's true calling as a scout had yet to be realised. And it was in this role that he would produce his magnum opus: discovering the Bambino, the very man around which the aforementioned curse revolved. 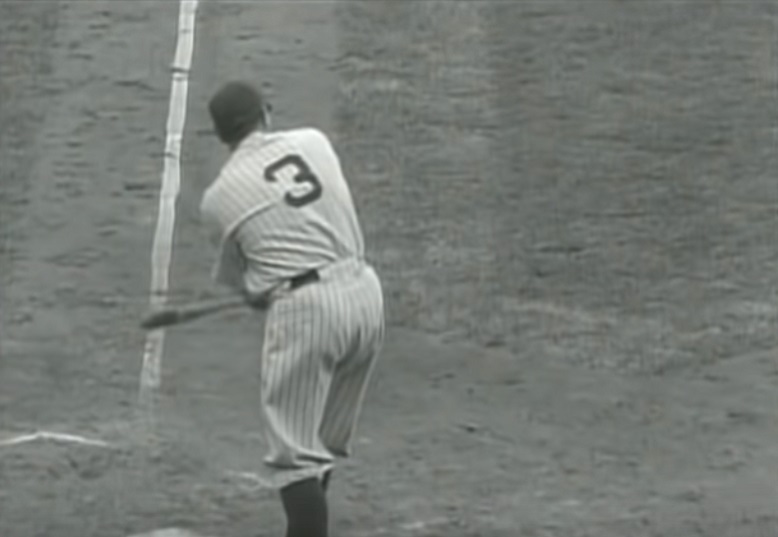 The Cork native was on a tour of the minor leagues when he spotted a young George Ruth with the Baltimore Orioles, and from the moment he set his eyes on the precocious young player he was eager to get him back to the newly-built Fenway Park, whatever the cost and by whatever means necessary. Donovan knew what he saw was special, and he didn't need time to consider the next move. He moved both promptly and effectively, meaning Ruth was in a Red Sox uniform in no time at all.

At the same time, the scout remained a man with a distinct lack of hubris, the Society for American Baseball Research noting:

Donovan never claimed to have discovered Ruth - 'the young lefthander was too talented for his exploits to go unnoticed' - but after watching the pitcher belt a grand slam against the Montreal Royals, Patsy immediately rushed back to Boston to recommend Ruth's purchase 'at any price.'

Making Ruth a Red Sox player became a priority of the tour and so Donovan made contact with an old acquaintance, a Xaverian Brother at St Mary's Industrial School in Maryland - where Ruth has his potential nurtured as a schoolboy - in a ploy to complete the acquisition. The methods of the eagle-eyed scout bore fruit and the services of the brightest new talent in the game were secured.

According to the tome of Brother Gilbert, one of the Xaverian Brothers credited with mentoring Ruth towards his first professional contract, Donovan could call on a peerless knowledge when it came to scouting talent, which meant Donovan's stealthy actions in acquiring Ruth will have come as little surprise to those who knew both men.

"All things considered, Patsy Donovan was a veritable fountain of baseball knowledge," Brother Gilbert said in Young Babe Ruth, His Early Life and Baseball Career, From the Memoirs Of A Xaverian Brother.

That Ruth would go on to win the World Series on seven occasions, hit a record 714 career home runs and become a name more synonymous than any other in the sport only backs up Brother Gilbert's assertion. He spotted the potential at a time when statistics weren't the ubiquitous force they are today and had the nous to attain the Bambino's signature before any other possible suitors came knocking. 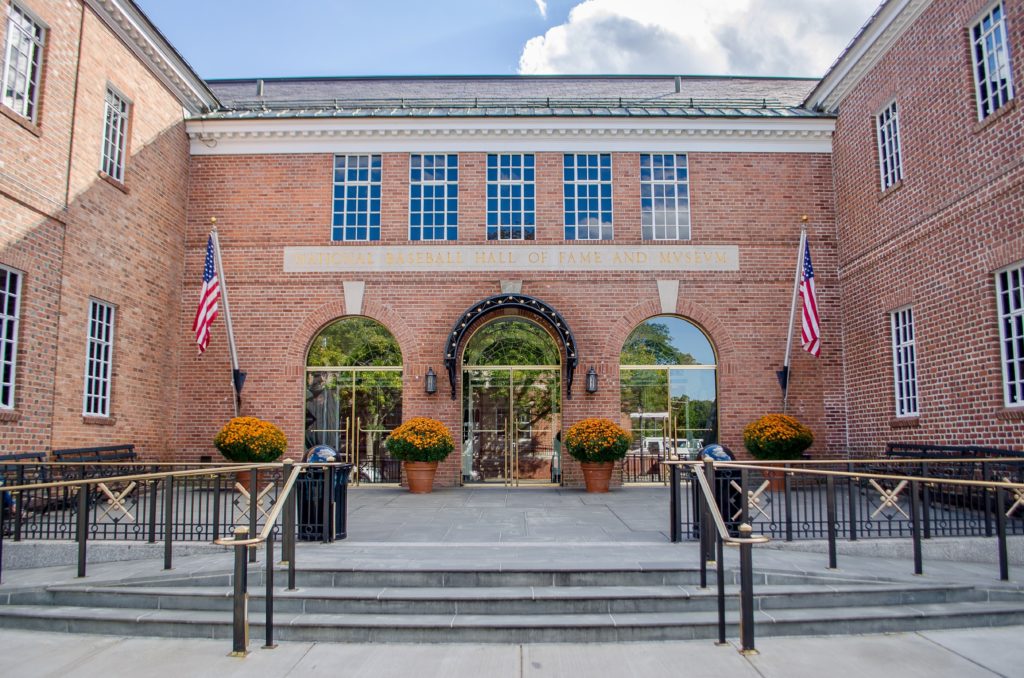 For that very reason it remains a mystery that Donovan's achievements remain relatively unheralded, his name remaining a noticeable absentee in Cooperstown, New York.

His name may not have disappeared completely, Baseball Ireland presenting the 'Patsy Donovan' Batting Champion Award to one of its standout players every season, but given his contribution to the baseball fraternity it's bizarre his name isn't one that has been more widely acclaimed.

On Christmas Day 1953, as he creeped towards his 90th year, Patsy Donovan passed away in the same city his parents had made his home back in the 1860s, without any fanfare and five years after the superstar he discovered died young.

Nearly seven decades later his name balances on the edge of the history books, almost in danger of falling into the depths of obscurity and rarely spoken of in the esteem he certainly deserves. But that doesn't deprive him of his almost mythical status to those who dig deep enough to care. A hard-working Cork man discovered baseball's first true superstar - a feat deserving of its place in the annals.

SEE ALSO: Is This The Greatest Rivalry In The History Of Sport?