Just over two weeks after winning an Olympic silver medal Paul O'Donovan claimed gold in the lightweight sculls at the World Rowing Championships in Rotterdam.

After a slow start, which left O'Donovan in sixth at the 500m mark, he powered back in the remainder of the race.

He eventually won by 4.11 seconds from Peter Galambos of Hungary in second and Lukas Babac of Slovakia in third. 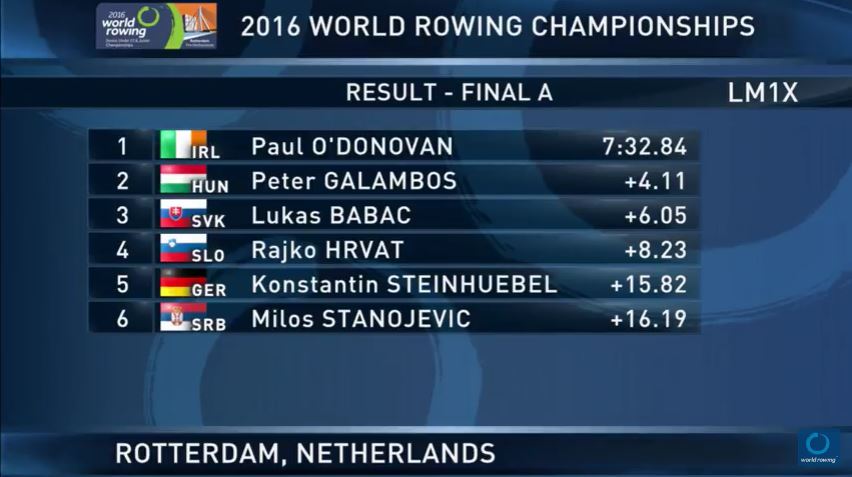 On commentary, O'Donovan was described as 'the celebrity from Skibbereen'.

You can watch the race below.