On a summer Saturday afternoon at Fairyhouse over the course of Irish Grand National weekend in 2001, Michael O'Leary and his Gigginstown operation were guests of the winners enclosure for the very first time. And thus began the dynasty.

It was only a few weeks after the Cheltenham Festival had been devastatingly cancelled due to the outbreak of foot-and-mouth disease, meaning fans of the sport were still reeling from withdrawals when Mark Grant steered Tuco past the post in what would become famous maroon-and-white silks.

The most seasoned observers will have witnessed a star in the making from the outset. For following Tuco home in third in the Land Rover Bumper was Beef Or Salmon, the Michael Hourihan-trained runner who would go on to win multiple Grade Ones in a career that saw the name extend beyond the confines of the track, recognisable even to those hard-pushed to tell the difference between a banker and a cheekpiece. But it wasn't to be for the nascent star on his first visit to the track, Tuco cruising to a reasonably facile win.

Sadly, as it turned out, the early success would be short-lived for Tuco who, despite winning every race he finished, fatally fell less than 12 months later back at the same venue. Gigginstown's first winner, nevertheless, remains the humble beginning to their story, one which, if we're to believe Michael O'Leary, is sadly entering its very final chapter. 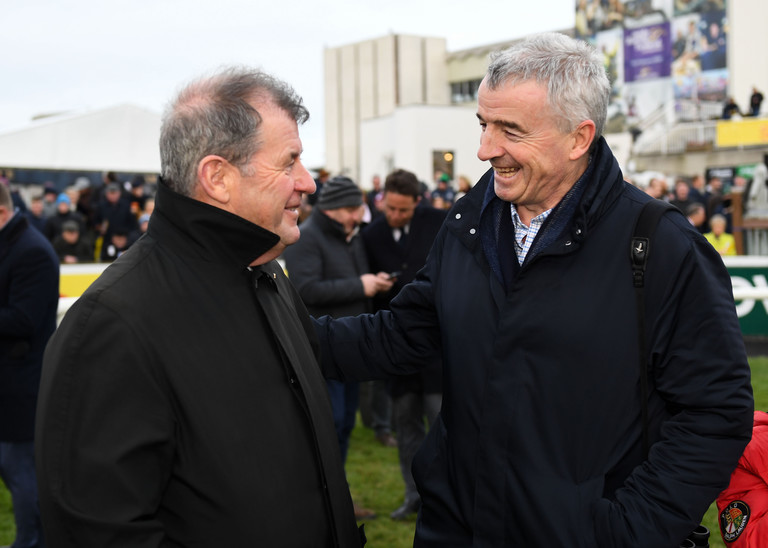 The Gigginstown rise has been both brisk and spectacular, breaking the JP McManus monopoly on the Irish National Hunt owners' title in 2010 before going on to win another six, including the last five. Now that they're on the brink of their greatest achievement in the sport, the dream beyond all possibility and contemplation, it's all in danger of evaporating by the middle of next week.

As soon as Tiger Roll won the Aintree Grand National for the second year in a row last April, O'Leary was quick to instigate what many felt were some cunning public statements, manipulating public discourse to his will in the way only he can. He knew that the unprecedented success of the Gordon Elliott-trained star would cause his ratings to soar ahead of a third tilt at the most famous steeplechase in the world, thus increasing the weight he would be compelled to carry on his back. O'Leary still entered the history-maker in this year's renewal but ahead of the British handicapper releasing the weights for the race this Tuesday, the airline tycoon and his brother, Eddie, have insisted that they will not hesitate in retiring the two-time winner of the race before Aintree should they deem he is being forced to carry too much.

Tiger Roll, aiming to become the first three-time winner of the race since Red Rum and with that becoming the only runner in history to do it in consecutive years, is currently on a mark of 172 according to the BHA (British Horseracing Authority) handicapper, a mark Gigginstown believe is ludicrous given another one of their stars, Delta Work, among the favourites for this year's Cheltenham Gold Cup, is rated 171.

"They have him on the rating of a Gold Cup winner and you wouldn’t consider running him in the Gold Cup," Eddie O'Leary, the Gigginstown racing manager, told the Irish Times earlier this week.

You have to give the horse a chance. We know he’ll be top-weight. We understand he’ll be 11.10 – no problem. But it’s about compression. If he’s stuck out there on his own we certainly won’t run.

The compression O'Leary speaks of refers to a policy that offers allowances to some of the high-profile stars in the race by taking weight off them. This, in turn, attracts some of the biggest names in the sport to take on the race that boasts a power capable of captivating those oblivious to the sport for 364 days a year.

But there are two sides to the argument, and the Grand National handicapper, Martin Greenwood, can hardly allow the possibility of history to enter the fray when assigning his ratings. To do that would be simply unfair, even if he does become a villain to some in the process. Alas, that's the fate of the handicapper: always the villain, never the hero.

The intricacies of it all leaves the casual fan in the ha'penny place, just hoping that Tuesday's announcement will see everyone satisfied with the outcome, enabling Tiger Roll once again to set the example in the ultimate test of equine endurance. That being said, Gigginstown's comments shouldn't be taken as empty threats.

The O'Leary brothers have been regularly castigated for their decision-making over the last number of years, despite their largesse in the industry, and one wonders if this reality has even had a minor influence on their decision to pack it all in over the coming years. Only last year there was a public outcry for Apple's Jade to be entered into the Champion Hurdle, when Gigginstown's preference was to aim for the more attainable Mare's Hurdle at the Cheltenham Festival. Eventually, Gigginstown gave in to public pressure. Apple's Jade was comprehensively beaten. 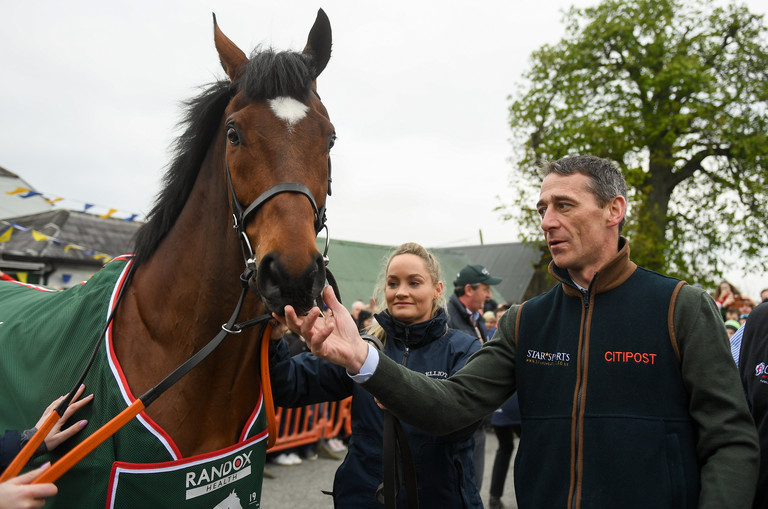 There is no doubt that the sport could be a lot poorer for their absence, and is that something that the operation will take solace in given they've been on the receiving end of some fierce criticism - even if they've been praised in equal measure? It's all the more relevant now as past experiences can forge future decisions. And we can only expect to see Gigginstown become more stubborn as the clock ticks down to their exit from the sport.

So, if there's an assumption that these are mind games and that Tiger Roll will run either way in the Grand National, we could be very disappointed by the time the jockeys line up behind the tape in Liverpool without Cullentra's beloved. Of course Eddie O'Leary has his idea of a reasonable mark - he's admitted that - but he's understandably not sharing it just yet, for fear that the handicapper will use it as a gauge and throw a few pounds extra on for good measure.

“I have a figure in my head but I’m not going to mention it," he told the Racing Post in January. "If he hits that figure, he runs, and if he doesn’t he won’t be running." Comments in numerous outlets since illustrates clear unwillingness to deviate from that viewpoint.

And so we head for Aintree next Tuesday, hoping for a resolution, hoping history remains a possibility, just hoping Tiger Roll gets a chance to make the stands of Liverpudlian crowds shake once more.

Everyone may want the same outcome - fans want to see the legend leap the last in front in that effortless manner of his, Gigginstown want to put the coup de grace on the two-decade dynasty that stretches all the way back to the exploits of Tuco and Greenwood simply wants to avoid being a villain.

That doesn't mean they'll all get their wish.

Snooker
2 days ago
By Gary Connaughton
Watch: Snooker Shoot-Out Is The Ultimate Sporting Drama
Previous Next

Snooker
5 hours ago
By Gary Connaughton
17-Year Old Irishman Upsets World #8 In Snooker Shoot-Out
Other Sports
1 day ago
By Aonghus Ó Maicín
The Unheralded Story Of The Irishman Who Discovered Baseball's First Superstar
Snooker
2 days ago
By Gary Connaughton
Watch: Snooker Shoot-Out Is The Ultimate Sporting Drama
Popular on Balls
Rugby
21 hours ago
By Dylan Ryan
'The Highlight Of The Game Was Keeping England Out At The End'
8