When he's not giving up his wages for the greater good, Barcelona man Gerard Pique is organising niche sporting events.

This past week saw the debut of the first ever Balloon World Cup, which involves a game many would have played as a youngster.

The rules are simple - keep the balloon from touching the floor. That's the premise of the game held in an 8 metre by 8 metre square shaped court.

What could add to the atmosphere? Some sitting room furniture, of course. Which is exactly how it looks, with a car thrown into the mix for good measure.

According to Reuters, Spanish centre-back Pique and 'internet celebrity Ibai Llanos are the masterminds behind the balloon event.

"It's been amazing, it's something totally different," Pique said. "Sometimes you have to get out of your comfort zone and try new things."

The Road To The Balloon d'Or

32 countries were represented at the debut tournament, with American's Antonio and Diego Arredondo playing a bigger role in the event.

Videos of them playing balloon keep-up went viral over lockdown and organisers say it was a big inspiration for setting up the debut venture.

"We just decided to keep playing and played more and more until one of our rounds got the attention of Ibai and Pique," Antonio told Reuters.

The game plays out exactly as you would imagine, with screens covering the court to allow for the perfect bounce back, and to prevent the balloon from drifting out.

Peruvian Francesco De La Cruz was crowned champion after beating German Jan Spiess by 6 points to 2, and was fairly chuffed with the victory.

"I am very, very happy," De La Cruz said after the win. "I thank God that I have been able to achieve this."

So there you have it. If sport couldn't get any whackier, that game you used to play with your cousin with the balloon is now an international sport.

See Also: Donegal's Maguire In A Class Of His Own With 3 Red Bull Surfing Nods 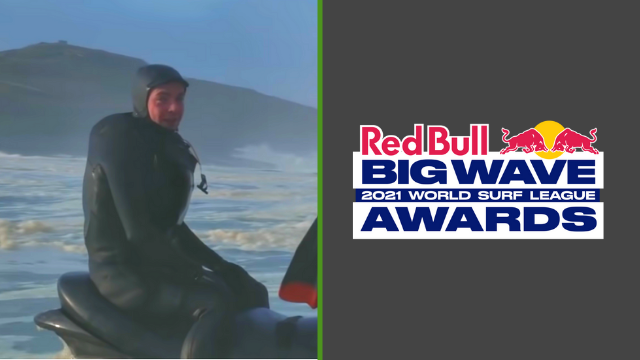 Greyhound Racing
1 week ago
By Ian Fortune
Part Blake The One To Beat In This Year's Irish St Leger
Motorsport
1 week ago
By Eoin Harrington
Lewis Hamilton Goes On Overtaking Bonanza From The Back In Sao Paulo Sprint Race
Horse Racing
2 weeks ago
By Gary Connaughton
Watch: Rachael Blackmore Pulls Off Miraculous Recovery To Win At Cheltenham
Previous Next