What's On In The PDC World Darts Championships Today

It's that time of the year again, the World Darts Championships are back! They got up and running last Wednesday and it's been a joy to watch from Keane Barry's dramatic win to Willie Borland's 9-darter. With many sports in the UK being called off this weekend having the darts to watch has been great and there's even more on tonight.

What's on in the PDC World Darts Championships today?

There's three round 1 matches including the legend that is Raymond van Barneveld. Barney is one the most decorated darts players of all time and even won the PDC World Darts Championships in 2007. He takes on Filipino Lourence Ilagan and the winner of that tie gets a second round matchup against 11th ranked Rob Cross.

Luke Woodhouse and James Wilson go off against each other in one of the other first round ties. Woodhouse is still somewhat a rookie to the PDC as he's competing in the Championships for only third time and will be hoping to go past his personal best third round he reached in 2019. James Wilson on the other hand is no newcomer. He's a veteran of the BDO circuit and is competing in his sixth PDC World Darts Championships.

In the last first round match-up Rusty-Jake Rodriguez of Austria takes on Kiwi Ben Robb. This is Rusty-Jake's first ever PDC World Darts Championships appearance while its only Robb's second as well. Both will be looking to reach new heights in the competition.

In the only second round tie today James Wade takes on Maik Kuivenhoven. Wade is an accomplished veteran of darts. He's won pretty much everything there is to win, from the Grand Prix to the Premier League but the World Darts Championships have eluded him. He's reached the semi-finals three times but has never gone that step further to the final. He'll be looking to get one step closer to that final today when he takes on Dutchman Maik Kuivenhoven.

You can watch all of today's action on Sky Sports this evening from 7pm. 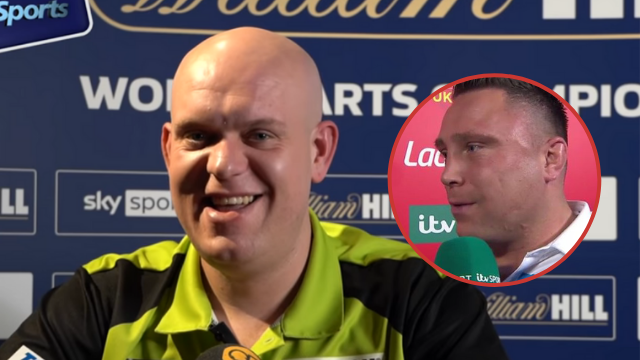