You'd be forgiven for missing it. The weekend of sport brought an embarrassment of riches, and with that the arrival of one of the brightest stars in Japanese sport to South Dublin came without the widespread fanfare you'd expect.

But this particular star's cameo in Leopardstown meant a contingent of Japanese fans made the trek across Eurasia, and just to watch their native talent attempt to claim one of the most competitive races in Europe - the QIPCO Irish Champion Stakes.

Deirdre, a racehorse trained by Japanese trainer Mitsuru Hasida, became the first Japanese-trained horse to run in Ireland when she attempted to claim the €1.25 million highlight of Irish Champions Weekend. But the mare didn't come alone to the famous South Dublin track.

The sport is hugely popular in Japan with in excess of 100,000 spectators regularly filing into Tokyo Racecourse to witness races such as the Japan Cup and the Tokyo Yushun (Japanese Derby). For perspective, Cheltenham Gold Cup Day attracted 71,816 people to Prestbury Park last March while an attendance of 75,316 was the largest attendance of the week at Royal Ascot during the summer. 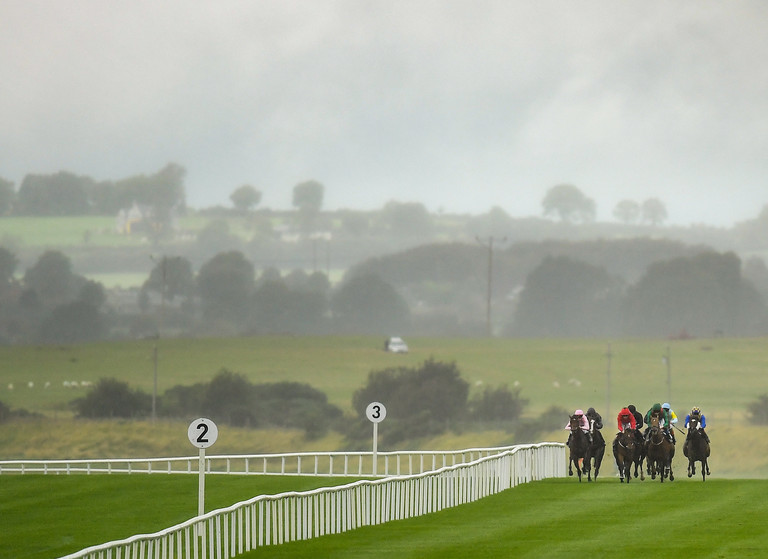 So when the connections of Deirdre opted for a European campaign, fans in the Land of the Rising Sun immediately began to dip into their savings.

After her first appearance at Royal Ascot in the Prince of Wales's Stakes, where she finished sixth, she took the European audience by storm, winning the Qatar Nassau Stakes at Goodwood a fortnight later with Kerry jockey Oisin Murphy steering her to victory.

Hasida soon insisted that Leopardstown was the next port of call for his prized talent and the Japanese arrived in numbers, some of whom even made an appearance on RTÉ's coverage of the event on Saturday afternoon.

The big event involving the five-year-old mare was originally expected to clash with All-Ireland final replay before organisers took the decision to run the race at an earlier time. This, as it happened, also suited the Japan's television audience and pictures from the Irish venue were screened live across the country for those who didn't make the journey across two continents.

Unfortunately there was to be no fairy tale ending for the Asian visitors. Their runner was held up towards the rear during the early stages of the race and although she finished strongly under Murphy, who is well on the way to becoming Champion Jockey across the Irish Sea, she was unable to prevent another impressive 1-2-3 for Aidan O'Brien.

But Japan's European invaders still have another chance to return home for the winter with another major scalp. Blast Onepiece, Fierement and Kiseki could all join Deirdre in next month's Qatar Prix de l'Arc de Triomphe, one of richest races in the world, in Paris where they could face plenty of Irish opposition from O'Brien's Ballydoyle operation as well as Enable, the John Gosden-trained five-year-old aiming to become the first horse to win the race for a third time.

Having a Japanese runner in Leopardstown however has been a resounding success and the result of a lot of hard work from those involved in the industry. Now that they've achieved their ambitions of bringing a horse like Deirdre to Ireland, it could  be the beginning of relationship that sees more equine talent arrive for some of Ireland's richest races.

You can expect more tourists at Irish racecourses in the coming years.

Golf
1 month ago
By Gary Connaughton
The Official Masters App Is Essential For Following This Weekend's Golf
Other
1 year ago
By Balls Team
We're Hiring: Content Creator And Presenter Roles For Balls.ie
55

Golf
1 month ago
By Gary Connaughton
The Official Masters App Is Essential For Following This Weekend's Golf
Other
1 year ago
By Balls Team
We're Hiring: Content Creator And Presenter Roles For Balls.ie
Other
2 years ago
By Maurice Brosnan
World Champions! O'Donovan And McCarthy Secure Dramatic Gold Medal
Popular on Balls
GAA
3 days ago
By PJ Browne
Mayo's Padraig O'Hora Using Football To Promote His Real Passion
Rugby
21 hours ago
By Colman Stanley
'That Pace, That Intensity, That Organisation' All Black Legend Has High Praise For Leinster
GAA
22 hours ago
By PJ Browne
Jim McGuinness's Gut Tells Him Dublin Will Win The All-Ireland
33