At 35, with a 12-0 professional record and a lengthy, stellar amateur career, Kildare's Eric Donovan steps into the ring tomorrow night for the biggest fight of his career, even if it is in Eddie Hearn's back garden.

He fights for the vacant IBF Inter-Continental Super-Featerweight title live on Sky Sports and a win would propel him up the ranks to a genuine world title contender. The problem for Donovan is that the same is true for his British opponent Zelfa Barrett, who is the heavy favourite for the fight.

At the pre-fight press conference, Donovan admitted the task ahead is a seriously tough one, with Barrett tipped to be among Britain's most exciting young fighters, but is adamant he can win the fight.

In life if you want to be successful, you have to take risks. But you also have to back it up, you have to be good enough and you have to prepare well. When this opportunity presented itself, I knew that chances for me are few and far between for where I am at my age and in my career.

Nobody had the balls to fight Zelfa at super-featherweight in Britain, so when Mark put it up to me, I said, 'yes Mark, I’ll take it', because I see it as an opportunity. I believe in myself and I believed that if I could get a good camp, with good preparation, that I could put in a good performance and win this fight.

So far we have done that, and if I can perform to the best of my ability on Friday night, I think I can do enough to win.

On this week's Buildup podcast, we spoke with our regular guest, Irish middleweight and Ladbrokes ambassador Jason Quigley about Donovan's chances and he shares the enthusiasm of the man himself, insisting his experience is being overlooked in the UK.

This is going to be an exciting fight for Irish fans because Eric has really burst back on to the scene in recent years. He's really turned his life around in many ways as well. He did everything right. He's taken all the right paths. And he's at the stage now where this is his chance. This is the one now where all years, all the hard work, everything like that, this can be his breakout fight now. I know that Eric is going to go in for this 110%

Don't get me wrong, he's definitely going to be the underdog. Zelfa Barrett is an unbelievable talent. He worked his way up through the ranks with Frank Warren and just got to that pinnacle, left Frank Warren and is with Matchroom now. And this is his big breakout fight for Matchroom. 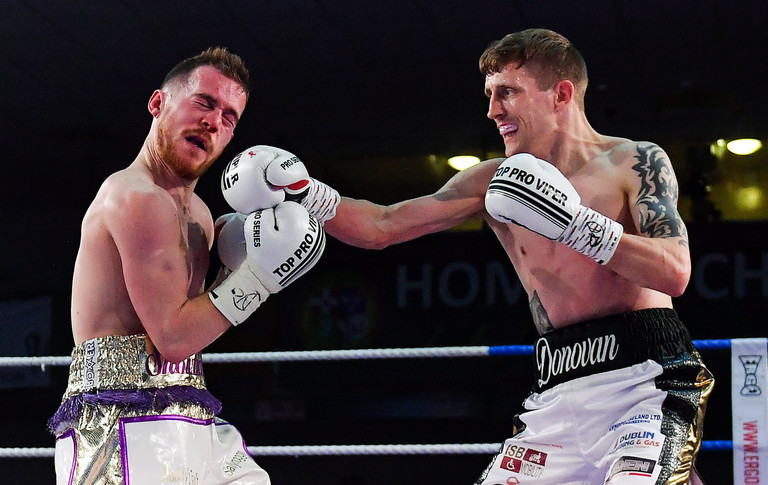 Quigley knows that it's no easy task and that Barrett is a world class fighter. However, with Ladbrokes quoting 4/1 for a Donovan win, the Donegal fighter thinks Donovan's style will be a bad match for the British boxer and is adamant he will cause serious problems.

He's getting into the ring with Zelfa Barrett who is a real boxer. He would remind you of Prince Naseem. He likes to keep the hands low, he's very flashy. It's going to be an interesting fight because Eric has such an instilled amateur style in him through his years of boxing. He's traveled the world, been in Eurpeans, World Championships, he's been up against them all, different styles and everything like that. But I think Zelfa Barrett's style is going to suit Eric more than a come forward, inside type fighter, and I think that's what's going to make the fight interesting.

Everybody that I've heard on the UK side of the water think that Zelfa Barrett is going to win comfortably, but us Irish, we all have a believe in ourselves and our own people, and especially our fighters. I think Eric can get in there and give Barrett a lot of problems because of his experience.

You look at Eric's last fight. He boxed one of the lads that Ryan Burnett boxed in his career. This lad was never stopped before and Eric stopped him. Eric is really got to that stage now where is performing, he is peaking, at his best. He's coming in with a good bit of form. He's coming in hot. But so is Zelfa Barrett. So it's going to be a real mix of skills come fight-night. The two of them are both very technical, very good boxers. It's going to be a great, great fight. I think that Eric will definitely cause him problems.

I want Eric to win 100%. I want Eric to get in there, do the job. Is he able to do it? Do I believe that he can do it? Yes, I do. Will he do it? That's another thing. I don't know what side of the fence I'm on here. Is it because I know Eric and I want him to win so bad? When you're looking on paper, through the rankings, the bookies will favour Barrett but I can't tell anybody enough not to overlook Eric because he will come in and he will definitely cause Zelfa Barrett problems.

It's a fight we genuinely can't wait for. You can listen to the full interview with Jason Quigley, where we also discuss Saturday's return to the ring for Michael Conlan and Carl Frampton on the Buildup podcast below. You can subscribe to the show here, or by searching The Buildup wherever you get your podcasts.

On this week's show we also preview the Champions League quarter-finals, we play 1-2-FREE, get into the weeds on the weekend's GAA, and there's another attempt at The Big Shout.

If you have a Big Shout of  25/1 or over, send it to us at [email protected]balls.ie, and you can win the grand prize of two cakes and a sports biography! 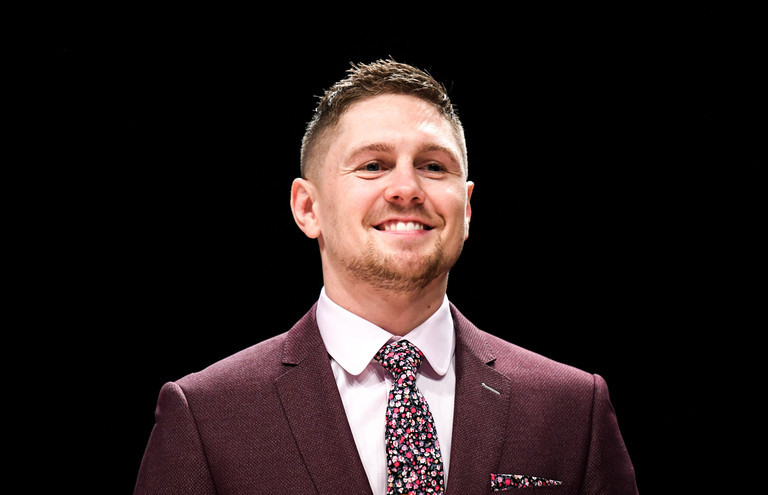 Jason Quigley Has No Doubt That He Can Beat Canelo Alvarez

Boxing
5 months ago
By Gary Connaughton
Donovan Believes Jason Quigley Can Cause World Title Upset After Change In Focus
Popular on Balls
GAA
3 days ago
By PJ Browne
Mayo's Padraig O'Hora Using Football To Promote His Real Passion
Rugby
1 day ago
By Colman Stanley
'That Pace, That Intensity, That Organisation' All Black Legend Has High Praise For Leinster
GAA
1 day ago
By PJ Browne
Jim McGuinness's Gut Tells Him Dublin Will Win The All-Ireland
The Rewind
2 days ago
By Eoin Harrington
Watch: Brilliant Dermot Morgan Dublin Segment From 'The Travel Show' Resurfaces