Stephen Ferris believes action needs to be taken to prevent sports stars from being the subject of online abuse.

Both Peter O'Mahony and Billy Burns were heavily criticised following Ireland's defeat to Wales at the weekend. O'Mahony was sent off early in the game while Burns missed a late kick to touch which would have given Ireland a chance to win the game.

"That's where you get the reaction on Instagram, Twitter - people calling for Pete's head, saying he's the worst player to ever play for Ireland," Ferris told Balls.ie on The Buildup, in association with Ladbrokes.

"It's absolutely disgraceful. I listen to Talksport a lot. I hear footballers talking about Black Lives Matter and the influence of social media and how negative it is towards all these players. They're trying to bring the game forward. (Axel) Tuanzebe, Marcus Rashford, Anthony Martial over the last couple of weeks have received all these crazy threats. The referee Mike Dean received death threats after sending off [Tomas] Soucek of last week.

"In rugby, when there's comments made about Billy Burns, Peter O'Mahony, it just seems to get brushed off. This is having a massive effect on these guys' lives, on their partners, on their kids. It has a detrimental effect on these lads.

"It's about time players took action and do exactly the same thing that the football lads are doing: Trying to speak with the head of Twitter; get rid of these idiots who have never been on the pitch to experience what international rugby is all about but the right opinion.

"These keyboard warriors, standing behind their iPhone, and slating people, it's hugely detrimental to their mental health.

"Maggie Alphonsi, who was doing the England [vs Scotland game], she brought it up about some of the things that were said about female commentators and female pundits. It's just got to be cut out. There needs to be action taken."

Can Ireland bounce back against France? Stephen Ferris joins us on The Buildup. https://t.co/QQsFxLXWEe

Ferris added that he has fallen out with some former teammates over comments which he made.

"From being an ex-pro and doing a good bit of work in the media over the last number of years, there are certain players that have fallen out with me because I've given an opinion about them or I think somebody is playing better rugby than them at a specific time," said Ferris.

"Fergus McFadden is really cold with me now because four or five years ago, I thought Stuart McCloskey deserved a chance ahead of him. I said that in a news article. That hits home for some people and they don't like that.

"At the 2011 World Cup, I built up a really good relationship with Ferg. He's retired and has had time to reflect. I think he's a cracking lad, a great bloke and a tremendous servant to Ireland over the years.

"These crazy comments that have been thrown at Billy Burns, how are they going to affect him? He might be the type of character who just brushes it off. The way he sunk to his knees at the end makes me think it will have an impact on him. Because he wasn't born and bred here in Ireland, it adds fuel to the fire and gives people more reason to get on top of him." 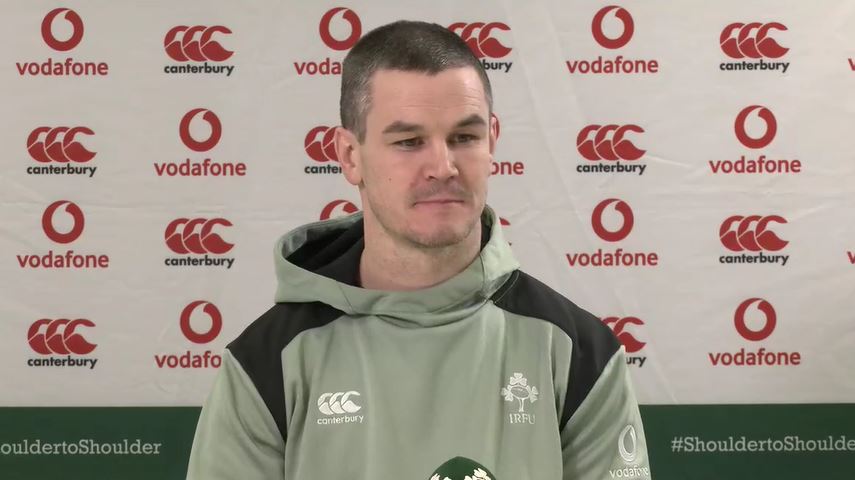