Brentford will play in the Premier League next season after a comfortable play-off final win against Swansea. It will be the first trip to the top flight since 1947 for the "Bees", and we are quite excited to see them make the step up.

Brentford finally make step up to the Premier League

The famous "Brentford curse" was finally lifted on Saturday, with the game against Swansea their tenth attempt at progressing to the Premier League through the play-offs. All nine had been unsuccessful, and the relief from all involved was palpable at the final whistle.

They also broke another play-off curse, becoming the first team in red-and-white stripes to come through the Football League play-offs in 34 attempts. Sunderland fell victim to the stat in last week's League One playoffs.

They've become the first team that traditionally wears red/white stripes and black shorts promoted via the play-offs in the last 34 attempts. #BRESWA

The fact that Brentford have overcome such adverse statistical odds shows how close they have been to breaking through for years. They came closest just last year, when they lost out in the Championship play-off final against Fulham - and their persistence in breaking through has garnered plenty of deserved admiration.

But there is also a fairytale element to Brentford's rise. As recently as 2008-09 they were playing in the fourth division, gaining promotion by winning League 2. They then fought through to the Championship from 2014-15, before grinding it out in the second division for six years - and, finally, they've gotten their just rewards.

Above all else, Brentford are just an immensely likeable club. The personalities in the club, as well as the ethos surrounding their recruitment, have solidified their reputation as fan favourites. They don't have the financial might of other clubs, but they've developed talents such as Ollie Watkins, while nurturing players like Ivan Toney - who scored in the play-off final and could take the Premier League by storm next year.

"I'm a Premier League striker and I can't wait to score some goals!"

Ivan Toney is hungry for more after his record-breaking season with Brentford in the Championship - how many goals will he score in the top flight? ⚽ pic.twitter.com/pWj1VYQ2us

Toney was in buoyant form after the game, coming across as not only excited but also confident about his imminent arrival in the Premier League. He should be confident, as he arrives off the back of a 31-goal season (a Championship record). His positive energy was an example of the energy that surrounds the team as a whole.

Maybe the best example of the feel-good vibe of Brentford came in manager Thomas Frank's post-match interview, during which he was carried away on the shoulders of the team, as they celebrated perhaps the biggest win in the club's history.

Thomas Frank was mid-interview with Sky Sports but his Brentford players had other ideas on the Wembley pitch! 😂🐝 pic.twitter.com/kB90IQCfgc

He finally returned, and his closing line summed up the feeling of all Brentford fans this evening.

Thomas Frank is the mood of every Brentford fan at the moment #EFLPlayOffs #BRESWA pic.twitter.com/kMars33qYk

Celebrations are in order for Brentford, though we imagine most Premier League fans will be delighted to see them arriving in the league next year. A season of exciting football, likeable personalities, and feel-good storylines is surely imminent if Brentford can perform in the top tier as they have on their long journey up through the English football ladder. 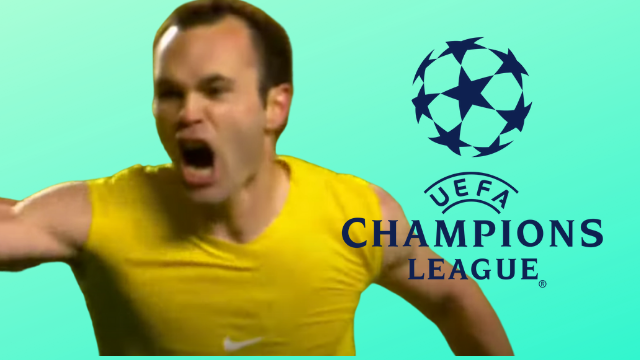