The Red Devils continued their 100 per cent away league away record at the beleaguered Blades, where they found themselves in the all too familiar position of needing to bounce back.

David McGoldrick opened the scoring inside five minutes after Dean Henderson – the former Blades loanee brought in for David De Gea – was caught in possession, but Marcus Rashford and Anthony Martial turned things around.

Rashford ended a superb team move to extend Manchester United’s lead early in the second half, but they had to dig deep at the end as McGoldrick reduced the deficit before Henderson denied substitute Lys Mousset to secure a 3-2 win.

“From when I was playing, we seemed never to make it easy for ourselves,” 1999 treble hero and Manchester United boss Solskjaer said.

Of course the start was so sloppy, slow again and I’m very surprised about that because we’d spoken about it, showed videos. We knew exactly what was going to happen and it happened.

We jogged around the pitch and that’s not good enough. But then the character is fantastic by every single one of us. They just started playing.

It’s a test for Dean, of course making a mistake like this, and he passed it with flying colours because he never went chasing the game, didn’t look for jobs. He just did what he had to do.

I don’t have any frustrations at the moment. We got three points from a difficult game at a difficult place.

Of course it could have been more comfortable at the end, but you don’t expect it to be comfortable.

The goals we scored were excellent and once in a while you have to just accept that the opposition have got weapons and armoury that can harm you and Sheffield United certainly have.”

Nice to be back at the lane!! Well done team for coming back after my mistake. 3 points is all that matters! 🔜🔛🔝 pic.twitter.com/a6NVv0wb64

Solskjaer certainly has the firepower to make a difference, with goalscorer Rashford and Martial complemented in the front three by teenage star Mason Greenwood. 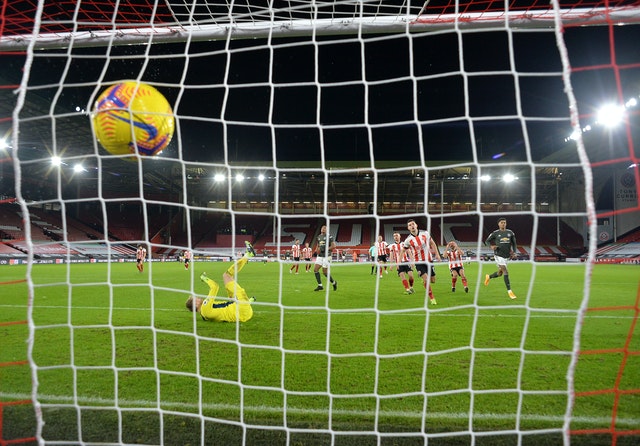 “They’ve all played and I said before the game today that we need them to kick on, start scoring goals.

“We’ve done ok without them really firing and tonight they showed their capabilities. Now we need that consistency. We need it again and again, so very happy with all three of them.”

While Solskjaer leaves South Yorkshire buoyed by another away win, the Blades are stuck on one point from their opening 13 top-flight matches.

"The boys care. If we play like that for the rest of the season, we will pick up points.

Chris Wilder’s men are in a bleak position, but the Sheffield United boss is taking positives from Thursday’s performance.

“We weren’t in a good place Sunday night on the way home and rightly so because I didn’t enjoy that,” the Blades boss said, reflecting on the 3-0 humbling at Southampton.

“I didn’t enjoy watching the team. It’s very unlike us. Passive.

“I think Ole and his coaching staff and the players would accept that we were going to try and make it competitive tonight and show a reaction from not a Sheffield United performance.

“In a lot of way it was (positive). It was front foot, aggressive. 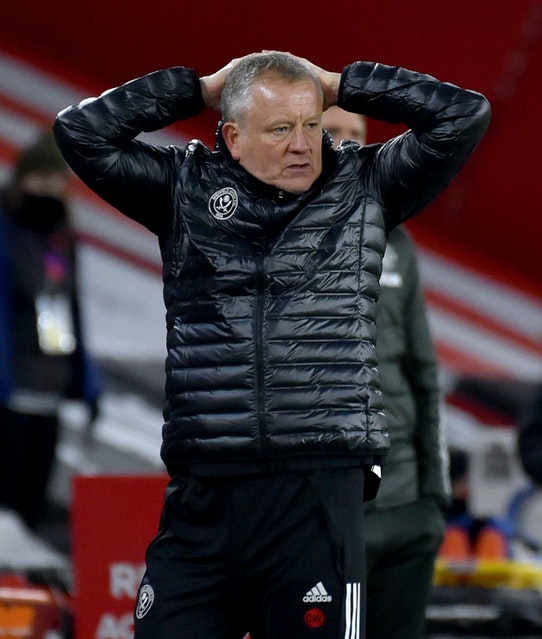 “We are disappointed with the goals that we conceded. A couple of big moments.

“Sander Berge going off has hit us really because it was an important area of the pitch for us tonight with the three of those boys in.

“We had to win first ball, win second balls, we had to try and get amongst their midfield players, so for him go off was disappointing.

“Obviously we had an opportunity – it’s not a brilliant opportunity but one that maybe we have to do better with with John Fleck.

“But the couple of goals that sort of turned the game on its head were really preventable from our point of view.” 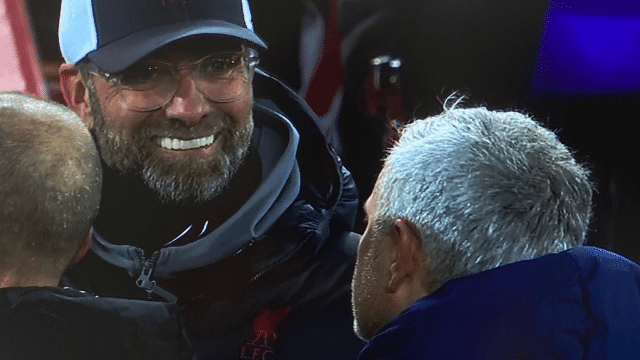 Football
3 weeks ago
By Sean Meehan
Tunnel Bust-Ups To O'Shea's Chip, Arsenal V Man United In 2005 Had It All
Premier League
4 weeks ago
By Gary Connaughton
Gary Pallister Reveals Feguson's Dressing Room Reaction To Cantona Kung-Fu Kick
Football
1 month ago
By Michael McCarthy
Is Frank Lampard In Danger Of Doing A Steve Staunton To His Chelsea Legacy?
Previous Next

Football
3 weeks ago
By Sean Meehan
Tunnel Bust-Ups To O'Shea's Chip, Arsenal V Man United In 2005 Had It All
Premier League
4 weeks ago
By Gary Connaughton
Gary Pallister Reveals Feguson's Dressing Room Reaction To Cantona Kung-Fu Kick
Football
1 month ago
By Michael McCarthy
Is Frank Lampard In Danger Of Doing A Steve Staunton To His Chelsea Legacy?
Popular on Balls
GAA
16 hours ago
By PJ Browne
'I Have Pictures Of Stephen Cluxton All Around My House, It’s A Bit Weird!'
Rugby
17 hours ago
By Balls Team
Son Of Offaly Hurling Legend Set For Super Rugby Debut
The Rewind
15 hours ago
By Sean Meehan
Introducing The Vote For Ireland's Greatest Singalong Song
Rugby
13 hours ago
By Eoin Harrington
Rob Kearney Player Mic Gives Great Insight On Western Force Debut