Diego Godin has appealed to the English FA to overturn the three-game ban and £100,000 fine given to Edinson Cavani, who was recently suspended for a racially offensive term he used on his Instagram page.

The former PSG star was punished for a message from a fan he shared on the social media account after a win over Southampton on November 29th, which included a word which is a common term of affection in his native Uruguay.

However, it was said to be an "aggravated breach" of the FA's rules surrounding such incidents.

The punishment handed out to the player has been criticised in many quarters, with Godin now releasing a statement on behalf of the Uruguayan Footballer Players Association.

In the statement, the Cagliari player said the FA's decision to punish Cavani for using a term that is in common use in his home country was the 'true discriminatory act' on this occasion.

The sanction shows the English Football Association's biased, dogmatic and ethnocentric vision that only allows a subjective interpretation to be made from its particular and excluding conclusion, however flawed it may be.

Edinson Cavani has never committed any conduct that could be interpreted as racist. He merely used a common expression in Latin America to affectionately address a loved one or close friend. To sustain that the only way to obtain a valid interpretation in life is that which lies in the minds of the managers of the English Football Association is actually a true discriminatory act, which is completely reprehensible and against Uruguayan culture.

We would therefore like to publicly defend Edinson Cavani's impeccable character and of course our country's culture.

We are all against any kind of discrimination; however unfortunately, through its sanction, the English Football Association expresses absolute ignorance and disdain for a multicultural vision of the world, respectful of its plurality, by erroneously, unilaterally and rigidly imposing its anti-racist rules, the basis of which we support but are obviously not realistically applicable to the case in question here.

It has not just punished one person, but also our whole culture, our way of life, which is truly a discriminatory and racist act.

Lastly, we urge the English Football Association to review its decision-making processes related to these issues immediately so that it does not commit any similar injustice ever again. Its regulations should take into account the plurality of people's ways of life and cultures. The first rule to fight against racism is to respect such different ways of life and cultures.

By virtue of the foregoing, we request the FA to immediately overturn the sanction imposed on Edinson Cavani and reinstate his good name and honour in the world that has been so unfairly tarnished by this reprehensible decision.

A number of Uruguayan footballers, including Luis Suarez, have since shared the statement online.

Cavani missed Manchester United's Premier League victory over Aston Villa at the weekend and is also set to be suspended for cup ties against Manchester City and Watford.

SEE ALSO: Big Sam Was A Brexiteer, Now It Is Scuppering His Transfer Dealings 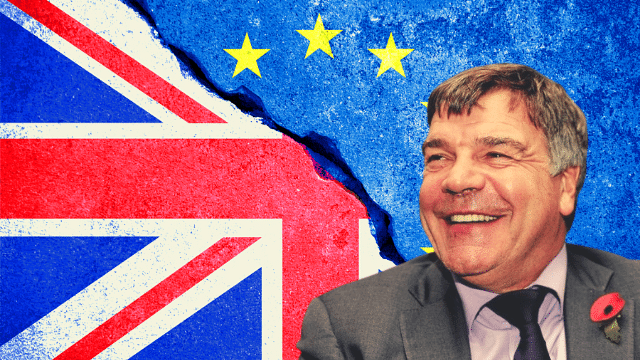 Premier League
3 weeks ago
By PJ Browne
Dubliner Recalls Day Roy Keane Had His Back Against Nicky Butt
Football
1 month ago
By Eoin Harrington
Zlatan Says Manchester United Once Deducted One Pound From His Wages For A Fruit Juice
Football
1 month ago
By Eoin Harrington
David Moyes Has Done Nothing To Dampen Jesse Lingard Rumours With Latest Comments
Popular on Balls
GAA
2 days ago
By PJ Browne
Insane Drama As Late TJ Reid Goal Sends Ballyhale Into All-Ireland Final
Rugby
1 day ago
By Colman Stanley
Yesterday Was Not The First Time Wayne Barnes Sent A Player Off For Getting Lippy
Rugby
23 hours ago
By Colman Stanley
Champions Cup Predictions And Permutations For The Irish Provinces
The Rewind
2 days ago
By Jonathan Byrne
The Definitive Ranking: Deli Items Ranked From Best To Worst