Manchester United boss Ole Gunnar Solskjaer says Edinson Cavani is “really, deeply sorry” about his now deleted social media post and continues to back the Uruguayan amid the Football Association investigation into the matter.

The 33-year-old summer signing produced a match-winning display at Southampton on Sunday, providing an assist for Bruno Fernandes before netting a brace in a stunning 3-2 comeback win.

Cavani posted a social media message on Instagram shortly after the match, replying to a message of congratulations using the Spanish term ‘negrito’, which translates as ‘black’.

The post was swiftly deleted after he was made aware of the connotations, with the player releasing an apologetic statement the following day saying he was “completely opposed to racism”.

The FA has been in contact following the incident that sees Cavani facing a potential three-game ban, which is the minimum for racist and discriminatory language and behaviour offences on social media.

“Of course we’ve communicated with Edinson and he’s really, deeply sorry for the mistake he’s made,” Solskjaer said.

“There was no malicious intent at all. It was just an affectionate greeting to a friend of his.

“But we explained to him, he’s been asked by the FA to explain, so of course he’ll cooperate with them and we’ll support him. 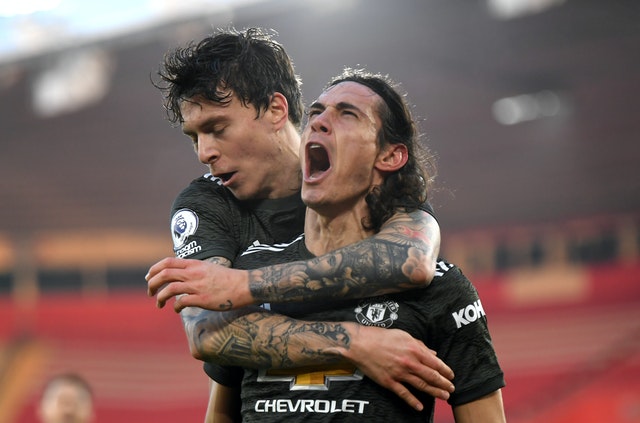 “I think it is one of those unfortunate situations that he’s just come into the country and in Uruguay it’s been used in a different affection than what we have.

“We’ll support him but of course we support the FA. It’s important that the FA have asked him to explain and it’s out there for everyone to see because we want to be in the fight against discrimination with everyone.”

Put to Solskjaer that the incident underlines the need for education across the board, the United boss added: “I think so.

“I saw Gary (Neville) said something on maybe all the players coming from different cultures should be educated and I’m sure Edinson has learnt the hard way.”

The veteran Uruguay international is the French club’s all-time top scorer and now hoping to face them for the first time since departing in the summer.

“Edinson is ready to play,” Solskjaer said as United look to follow-up their 2-1 win at the Parc des Princes with another positive result.

“Of course it’s special for him to play against PSG, his old club where he’s the top scorer, so that’ll affect him mentally.

“But from knowing him, I know that’ll give him energy and he’ll be ready.

“He’s so professional, experienced. Of course he’ll will work on his mindset (on Tuesday and Wednesday) to be ready for the game, which the same goes to the FA (investigation).

“He’s learnt a lesson and it might affect him, but he’ll just have to put it to one side when the game’s on.

“The best players they can put their problems or the other thoughts away for a while and then perform when he has to.”

Solskjaer is a long-standing admirer of Cavani, who he said was “like a viking, like a warrior almost” as the then PSG striker came to Old Trafford in February 2019.

“We never give in, us vikings,” the Norwegian said. “We never give up.  We have got the right attitude, right mentality. That was maybe not fair to Edinson but it was a compliment.

“I always look at players’ mentality and their ability to play and do well even though you don’t have a perfect day, because you know he’s got talent.

“I could’ve spoken about predatory instincts and his movement but what I always saw from him was ability to work for the team and be a team player and we’ve seen it here from the work-rate he puts down. 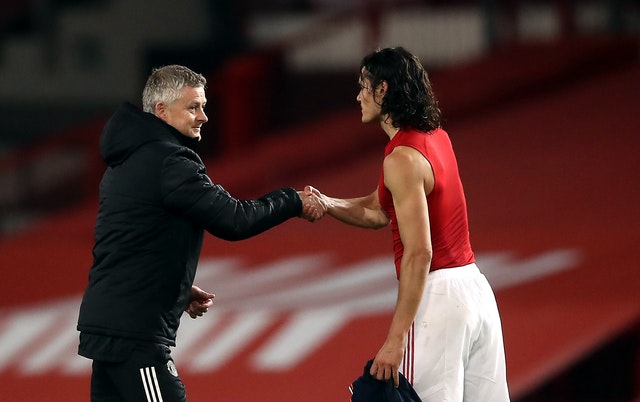 “He’s at the top of the tree if you look at the running stats for strikers in the Premier League and he’s 33, which says everything about his mentality.”

Solskjaer says “everyone’s held their hands up and is available for selection” against PSG, including David De Gea despite coming off at half-time with a knock at Southampton.

United only need a point from their remaining two matches to secure progress to the knockout phase but the Norwegian is only interested in topping Group H.

“The quicker you can qualify the better, of course,” Solskjaer added. “With a win, we’ll win the group, so that’s our intent.

“We want to go out there in our style, attacking intent, defending well against a top team with some top individual players, of course.

“But our mindset is win this game and we’ve won the group.” 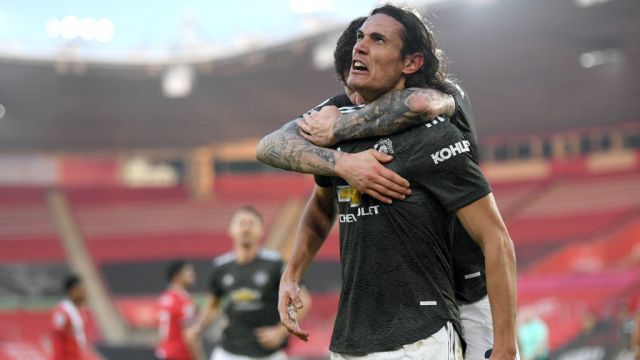