Arsenal midfielder Mohamed Elneny has tested positive for coronavirus as the Premier League recorded its highest number of positive tests this season.

Elneny caught the virus while on international duty with Egypt and, although showing no symptoms, he will now quarantine in Cairo.

The 28-year-old’s positive result is not included in the 16 cases recorded in this week’s round of Premier League checks, in which 1,207 people were tested.

That is an increase of 12 from last week’s results and does not include the players who have tested positive while on international duty, such as Liverpool’s Mohamed Salah, an international team-mate of Elneny, and Tottenham's Matt Doherty, who along with James McClean, was announced as a positive test by the FAI yesterday.

Elneny, who will miss Sunday’s Premier League game at Leeds, also tested positive on Monday after the Gunners midfielder arrived in Togo ahead of an African Cup of Nations qualifier, with the news confirmed by his agent and the Egyptian Football Association.

A statement on the EFA website read: “The results of the medical swabs conducted by the national team upon arrival in Togo showed all negative except for Arsenal player Mohamed Elneny, whose result appeared positive without any symptoms.

“The player immediately began to implement the special medical protocol for people infected with Covid-19.”

The EFA said it was coordinating with Arsenal and that Elneny would return to Cairo to “preserve the safety of the rest of the players from the transmission of infection”.

“Since his arrival from England, the results were negative, most recently after finishing the Togo match on Saturday and before travelling to Togo,” its statement added.

The 16 new cases in the Premier League is a concerning rise, considering there were more than 400 fewer people tested than last week.

The league said in a statement: “The Premier League can today confirm that between Monday 9 November and Sunday 15 November, 1,207 players and club staff were tested for Covid-19. Of these, there were 16 new positive tests.

“Players or club staff who have tested positive will self-isolate for a period of 10 days.”

The rest of the staff & squad tested negative ahead of the flight back to Dublin this morning before the match against Bulgaria on Wednesday#COYBIG pic.twitter.com/dyEMhuft8z

Doherty will now miss Tottenham’s crunch game with Manchester City on Saturday, which has done little to temper Jose Mourinho’s feelings towards the current international break.

Mourinho, who also saw star player Son Heung-min have to quarantine in a hotel room after six South Korea team-mates caught the virus, questioned the sense in players leaving the secure Premier League bubble to travel around the world to play in friendlies.

“Covid test results after matches been played, randomers running on the pitch while team sessions are taking place and much more.

“After another training session with only 6 players, it is now time to take care of myself.” 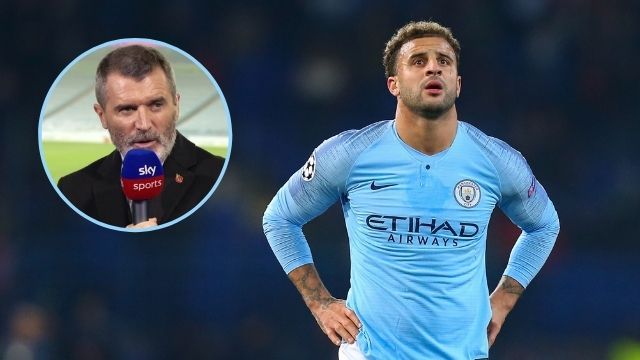 Football
2 months ago
By Balls Team
'Today, He Was Not Matt Doherty Like He Normally Is'
Popular on Balls
GAA
23 hours ago
By Gary Connaughton
Watch: Colin O'Riordan Gives Emotional Interview After Tipp Make History
1