The European Qualification Permutations Going Into The Final Weekend

It's been a mixed bag this season in the Premier League, and there's neither a title battle or a relegation battle to look forward to on the final day. Man City's status as champions was confirmed last Tuesday, while Sheffield United, West Brom, and Fulham have long been doomed. What we do have to look forward to is an incredibly tight race for the European qualification slots.

Chelsea, Liverpool, and Leicester are all in contention for the two remaining Champions League slots, with Tottenham, Everton, West Ham, and Leeds all battling it out for the two Europa League slots.

Here's how the table looks going into the final weekend.

And here are the permutations for every team's potential European qualification going into a mouthwatering final round of games.

Chelsea are sitting pretty in 3rd place, with their destiny firmly in their own hands. They ground out a 2-1 win over rivals Leicester on Tuesday night to ensure that they just need to win on the final day to guarantee Champions League football at Stamford Bridge next season.

It won't be an easy final day though. They face a tricky visit to Aston Villa, who have impressed in large spells this season and will not only have Jack Grealish fit, but will also have fans returning to Villa Park. It's not over yet, but Chelsea know what they need to do on the final day.

It's been an injury-ravaged season for Liverpool, and their supporters may well find it hard to believe they've somehow ended up not only in the hunt for Champions League football, but with their destiny effectively in their own hands. They were helped in no small part by goalkeeper Alisson's stunning injury-time winner at the Hawthorns, and a comfortable victory at Burnley on Wednesday night has left them in control of their own fate.

They host Crystal Palace on the final day, and they just need to match or better Leicester's result to guarantee they will be playing in the Champions League again next season. It will be quite the achievement if they can manage to salvage a top-four finish from a challenging season.

It's been a case of déja-vu for Leicester this season. Having sat comfortably in the top four all season last year, they fell out on the final day of the season and missed out on Champions League football after a disastrous run-in.

One year on, it appears to have happened again, as they now face a scramble to climb back into the top four. They need to better Liverpool and/or Chelsea's results, or match Liverpool's with a higher goal difference to qualify for the Champions League - that will be easier said than done against Tottenham. Europa League qualification is assured at least, but Leicester fans will be desperate to claw their way in with Europe's elite.

West Ham's rise to the European spots has been one of the season's feel-good stories and they control their own destiny on the final day. They welcome fans back to the London Stadium for the visit of Southampton, knowing they only need a draw to guarantee Europa League football next year.

Even if they do not get that point, provided Spurs and Everton do not win, West Ham will be safe. If Everton manage to level them on points, West Ham's superior goal difference should keep them safe.

Tottenham went into the penultimate round of games in the Europa League spots, but now face a scramble to ensure they will be playing in the competition after a surprise home defeat to Aston Villa.

That left West Ham in the ascendancy, but Spurs' superior goal difference means they simply need to beat Leicester and hope West Ham lose. Leicester v Tottenham on the last day is looking like an enticing prospect, with both sides needing a win to aid their European qualification hopes.

Anything other than a win will leave Spurs without Champions League or Europa League football for the first time in over ten years, and the prospect of the newly-founded Europa Conference League will hardly entice the White Hart Lane faithful - or Harry Kane.

Everton's early promise this season petered out, but they are still in with a shot of Europa League qualification. They're tied on points with Spurs and three points behind West Ham, but their habit of picking up tight wins means they've a measly goal difference of 4, so to qualify for the Europa League they'll need a minor miracle.

Everton need to win at Manchester City (a likely story) and hope that both Spurs and West Ham lose, with a nine goal swing in goal difference. In layman's terms, they need something like a 4-0 win at the Etihad and a 5-0 West Ham loss. It seems unlikely, but stranger things have happened on the final day.

A dramatic injury-time double at Crystal Palace on Wednesday put Arsenal right back in the mix for Europa League football next season - before West Ham's late win at West Brom put paid to their hopes.

Arsenal can still qualify for the Europa Conference League, if they finish seventh, but their main aim now will surely be to finish ahead of local rivals Spurs for the first time in five years.

UEFA's newly-added third tier competition is seeing its inaugural season next season and there's one spot for an English team. It was originally planned that this spot would go to the EFL Cup winners but, since Man City have already qualified for the Champions League, that spot will go to the 7th placed team in the Premier League.

It's likely it will be one of the three in contention for the UEFA Europa League - or Arsenal - who will finish in 7th, but an extraordinary combination of results could lead to Leeds taking the Conference League spot.

It won't quite be a normal final day, with no title battle or relegation fight, but there's an intriguing battle for the European qualification spots to look forward to. Have the calculators ready... 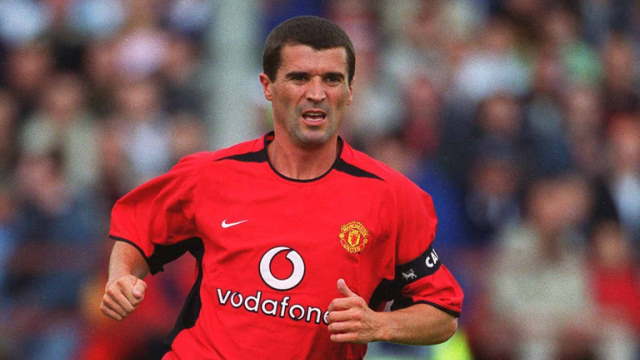