It was a memorable opening weekend to the Premier League - not least because so many of the big FPL hitters delivered. Week 2 will be crucial to many managers' seasons, so we've got the tips you need to answer the burning Fantasy Football questions of the week.

This is the most talked about dilemma as we head into GW2. What makes it tough is that both Salah and Bruno are coming on the back of double digit hauls. I personally favor the Egyptian though. Salah is the bookies' favorite for any time goalscorer odds this week while Liverpool are favored for being the team most likely to score 2.5+ goals.

There's also the fact that Salah is playing at home which gives him the edge. Liverpool would want to put on a show in front of a packed Anfield. It's also worth noting that only Brentford and Norwich conceded more shots in the box than Burnley in GW1, which should boost Salah's prospects ahead of GW2.

Who's the better FPL asset - Mason Greenwood or Paul Pogba?

I prefer Greenwood here. I know that Pogba got four assists at the weekend but his numbers suggest that he highly overperformed. He created five chances for his team mates but just one of them was classified as a big chance by OPTA, yet he managed to register four assists.

Greenwood meanwhile is playing up front and as we have so often seen in the past, is an extremely clinical finisher. He doesn't need too many chances to score, such is his shot power and precision. At £7.5m, he has a higher ceiling for FPL points than Pogba.

Harvey Barnes had a relatively quiet game against Wolves, recording just the single shot in the box and creating no chances. I still think it's far too early to judge a player on the basis of one performance though. I'd only be tempted to sell him in case I had spare money in the bank to afford either Greenwood or Grealish ahead of their fixtures. Else, it's a hold for me.

Is it the right time to buy Romelu Lukaku?

Chelsea started from where they left off last season with a comfortable victory against Palace. I still think Chelsea assets are a wait and see till GW6 though. From now till then, Chelsea are facing Arsenal, Man City, Spurs and Liverpool in four of their games.

Lukaku comes with a premium price tag of £11.5m attached to him and while there is every chance that he can score even in the harder fixtures, I think it's best to invest in him once Chelsea's fixtures easen up after GW6 when you can captain him.

Who is the best Ilkay Gundogan replacement?

Gündoğan returned to training yesterday after a shoulder injury he sustained at the weekend. While all fantasy managers will be eagerly awaiting Pep's press conference to give them more clues on the German's injury, let's for now assume that he isn't risked and is likely to miss GW2.

In that scenario, I prefer jumping to Mason Greenwood for the reasons mentioned above. In case you already own him, then I'd go for West Ham's Saïd Benrahma. West Ham were top among all teams for xG this week while Benrahma being their most advanced player was heavily involved, registering two big chance involvements. 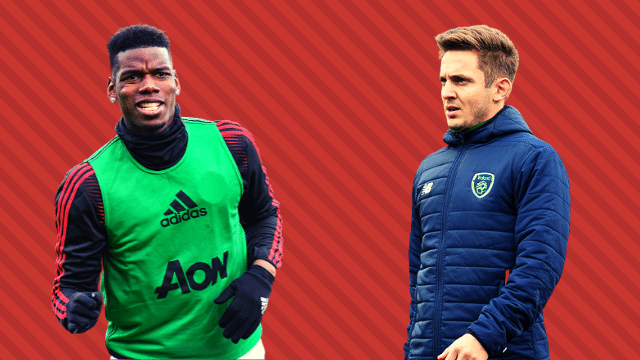 Premier League
8 months ago
By Eoin Harrington
Fantasy Football Team News: Who's Been Ruled Out And Who's Back For GW2
Premier League
8 months ago
By Eoin Harrington
Six Fantasy Premier League Transfer Tips For Gameweek 2
Popular on Balls
Rugby
2 days ago
By Colman Stanley
'That Pace, That Intensity, That Organisation' All Black Legend Has High Praise For Leinster
GAA
2 days ago
By PJ Browne
Cusack Has Little Sympathy For Gearoid Hegarty After Red Card
Football
10 hours ago
By Colman Stanley
Wagatha Christie Trial Sheds New Light On England's Euro 2016 Disaster
GAA
16 hours ago
By PJ Browne
GAA President Explains Why Tailteann Cup Won't Be All-Ireland Curtain Raiser