Right from the moment that Fernando Torres turned Tal Ben Haim inside-out to score on his Anfield debut, the Liverpool fans absolutely adored their new number nine and in Amazon's documentary Fernando Torres: The Last Symbol, the striker offers an intriguing insight into his time at Anfield and how it ended.

After leaving his boyhood club Atletico Madrid for Anfield, the Spanish striker instantly adapted to the Premier League and when El Niño was good, there was nobody better.

The striker matched Ruud Van Nistelrooy's Premier League record of scoring the most goals in a debut season and he also became the fastest player in Liverpool's history to hit 50 league goals. 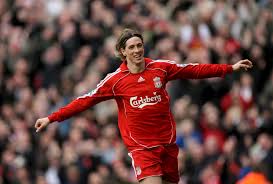 You could argue that 2008 was the year that Torres was at his best for both club and country as he played an integral part in Spain's triumph at Euro 2008 - his deft finish over Jens Lehmann was the only goal in the final too.

In fact, the former Atletico Madrid star finished behind Cristiano Ronaldo and Lionel Messi in the 2008 Ballon d'Or awards ceremony. That's how good he was.

However, in Amazon's new documentary Fernando Torres: The Last Symbol, the striker admits that things began to change behind the scenes when he returned for the 2008/09 season, during the tenure of Hicks and Gillett.

However, the subsequent season saw the start of the decline on the pitch and it was instigated by the departure of Xabi Alonso to Real Madrid.

"There's a moment of contradiction in the club's discourse that we're going to improve, bring in players to complete the squad to the take the last little step to get to the final, and to compete with United...then Xabi Alonso leaves. That summer, another pillar leaves, Mascherano, then the exit of Rafa Benitez later. Now we're really far away, very far from what I was looking for when I left home," he said.

After tearing his meniscus, Torres rushed back to fitness for Spain's World Cup win, however, he pulled up in the final against the Netherlands- something that he's remarkably candid and angry about in the documentary. 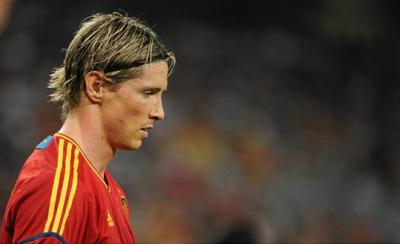 Regarding his future at Anfield, the striker was growing increasingly frustrated at the club's inability to win trophies and after handing in a transfer request, he admits to having one regret.

"I will always regret not having tried to stop the team from falling apart, demanding that they (Hicks and Gillett) sign players. But I don't regret having left because they didn't fulfill the promises and expectations that the club had offered me. What happened during that period was that nobody was bothered about Liverpool or their fans.

During the documentary, Torres is scathing about Liverpool's board and how the club was run.

"On a director's level, the club didn't exist. At the time, there were people in charge as they sold the club who didn't care a bit about Liverpool or any of the players personally. Internally, the club was in ruin and it needed years to recover. I didn't have that kind of time.

When we explained the situation, first to the Director of Football, who was Damien Comolli at the time, I never saw any evidence that they cared about me leaving, rather it started to become an issue of 'How much will we earn and when will we do it?'

I don't know where they came from, but they stabbed me in the back and betrayed me, because minutes later, it was in the press that meaning that somehow, they had to find the guilty party. If I'd listened to what the press said, I would have hated that player that they were writing about too."

Aside from his Anfield departure, the documentary offers some excellent insights into why he couldn't find his best form at Chelsea, how special he valued his playing relationship with Steven Gerrard, why Atletico Madrid will always be his one true love, and his incredible international career with Spain.

Football
1 day ago
By Emmet Bradshaw
Fergie Clarifies United's Decision Not To Sign Jordan Henderson
Football
2 days ago
By Balls Team
Quiz: Name Every Premier League Goalscorer From Liverpool Manchester United Games
Premier League
1 week ago
By Emmet Bradshaw
Jermaine Jenas Doesn't 'Get' Why Arsenal Fans Love Ozil
Popular on Balls
Football
20 hours ago
By PJ Browne
'He Deserved To Wear The Armband Today. Jason Is A Fantastic Player'
Football
15 hours ago
By Gary Connaughton
Roy Keane Feels Liverpool Have Lost Their Spark After United Stalemate
GAA
22 hours ago
By PJ Browne
Subtle Change Helped Turn Gearóid Hegarty Into Hurler Of The Year Contender
Football
21 hours ago
By Gary Connaughton
Mourinho Caught On Camera Asking Bale If He Wants To Go Back To Madrid