It was a difficult opening Premier League night for Arsenal, as they sunk to a 2-0 defeat to Brentford, and Sky pundit Gary Neville had no sympathy for them.

Neville appeared alongside Jamie Carragher on Sky's live coverage of the game, and the two weren't slow to criticise Arsenal's performance.

Newly promoted Brentford had a night to remember, as they strolled to a 2-0 win over Premier League titans Arsenal. In all honesty, Arsenal offered little threat to the Bees, who could surely scarcely believe how easy a ride they had.

Gary Neville chastised Arsenal in his post-match analysis, and he said that their defensive frailties could have huge implications for their season.

I would say from a point of view of centre backs, you know, they've been messed around. A game of football is really difficult when your centre backs are being messed around by the opposition centre forwards - and that's happened from minute one tonight. It's little flick ons, it's little nudges, it's the long throws, it's winning free kicks. All the things that you can control in the game.

So, the things that cost Arsenal the game tonight - now, yes, they didn't score a goal, which is a big problem - but once your centre backs start getting messed around, your goalkeeper's being messed around.

You heard Thomas Frank talk about "we thought we could do Arsenal on set pieces" - there's nothing worse than thinking that your team are a little bit soft, and Arsenal fans will be going away from here tonight thinking, "we've been bullied."

Brentford have looked at them and said, "yeah, we'll have you".

Jamie Carragher was also unimpressed by Arsenal and, during his commentary on the game, when asked what the source of their issues was, his reply summed things up - "it's just Arsenal."

Defensive frailties have been a recurring theme of the past few seasons for Arsenal and, after a strong close to last season, this defeat will have set back the team's morale significantly.

Their next game is hardly the easiest either, as they host Chelsea next Sunday at the Emirates. The prospect of the worrying defensive pairing going up against new Chelsea signing Romelu Lukaku is ominous for Arsenal fans.

It could be a long season for Arsenal fans if Friday night's performance is anything to go by, and Gary Neville's comments about their defence are spot on. 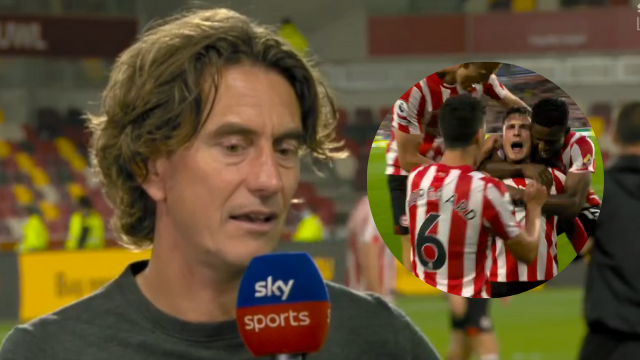