Wijnaldum Slams Everton For Going 'Too Far' In Merseyside Derbies

Gini Wijnaldum believes that Everton players have gone "too far" with the toughness of their tackles in Merseyside derbies.

The Dutch midfielder called Jordan Pickford's tackle on Virgil van Dijk "completely stupid". The Liverpool centre-back suffered a knee ligament injury due to the challenge and faces a long period out of action.

"The way Pickford went in, in the challenge, was completely stupid in my opinion," said Wijnaldum.

"I believe he didn't want to injure Virgil the way he injured him but the way he made the tackle, he didn’t care about what happened after the tackle. I think we've had that a lot in games against Everton.

"In my opinion, they take it too far in the games we play against them.

"We know it’s a derby and everyone wants to win that derby, sometimes it goes a little bit over the top but this was too much."

Late in the weekend's game, which finished 2-2, Everton's Richarlison was sent-off for a challenge on Liverpool's Thiago. Wijnaldum cited that as another example of what he views as recklessness from Everton.

"It was not just Pickford's tackle. The tackle from Richarlison on Thiago was also a nasty one. That’s what bothers me the most and most of the other players.

"Accidents can always happen in football. You can be unlucky and injure someone but the way they were doing it was completely unacceptable.

"It makes it even harder when they don’t get punished, in this case Pickford." 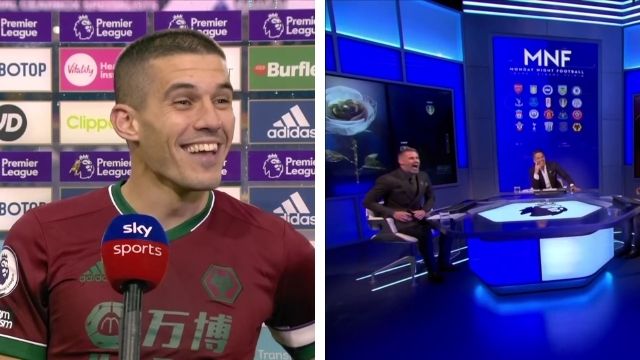 Football
5 days ago
By Sean Meehan
Everton Have Announced A New Strategic Partnership With Sligo Rovers
Football
2 weeks ago
By Balls Team
Man City Bid To Control Covid-19 Outbreak As Postponement Angers Everton
Premier League
2 months ago
By Sean Meehan
Why Does Jordan Pickford Attempt To Save Balls Going Out Of Play?
Popular on Balls
Football
21 hours ago
By PJ Browne
'He Deserved To Wear The Armband Today. Jason Is A Fantastic Player'
Football
16 hours ago
By Gary Connaughton
Roy Keane Feels Liverpool Have Lost Their Spark After United Stalemate
GAA
23 hours ago
By PJ Browne
Subtle Change Helped Turn Gearóid Hegarty Into Hurler Of The Year Contender
Football
21 hours ago
By Gary Connaughton
Richard Keogh Set For 'Unexpected' Move To Championship Club