'He’s Very Self-Critical. Sometimes A Bit Too Much'

"I think he’s very self-critical. Sometimes a bit too much," Potter told The Argus.

"He’s frustrated with where he’s at at the moment because he’s had one or two issues off the field, a few injuries, his form maybe isn’t where he would like it to be and so you can tend to focus on the negatives, and certainly in this world where it is often very negative, you can spiral into a place that isn’t necessarily that good for you.

Connolly played 67 minutes for Ireland in last month's World Cup qualifier defeat to Ireland. He missed the subsequent games against Luxembourg and Qatar due to injury. Potter said that the striker suffered "heavy bruising" to his foot but should be available for Sunday's game against Manchester United.

Potter added it's important to acknowledge that, overall, the 21-year-old is doing well, and that it can be hard for young attacking players to succeed at Premier League level.

"It doesn’t happen very often, he’s in his early 20s and he’s at the start of his career in the most competitive league in the world," said Potter.

"That’s the challenge when you are developing young players.

"They are used to succeeding, they have got to this level because they succeed all the time and then they come to the Premier League and it’s not quite as easy as it was.

"How they manage that and how they deal with that is where the work is.

See Also: St Mirren Boss Calls For Meathman To Be Given Ireland Shot 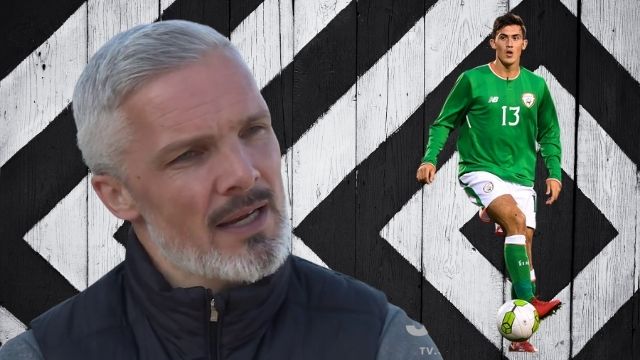