Having entered the season as hot favourites to retain the title, Liverpool have experienced no shortage of difficulties in recent months.

The long-term injuries suffered by Virgil van Dijk and Joe Gomez left many doubting that Jurgen Klopp's side would be capable of performing at the level we have become accustomed to seeing from them.

They've done well to cope thus far. Liverpool currently sit top of the Premier League and look like the best side in the competition. However, their inconsistencies have opened the door for others to make a genuine title push in the coming months.

If they are to push on from here, you get the sense that they may need to sign a centre back this month. Fabinho has deputised well in that position, but Joel Matip's injury concerns has seen them rely on the untested Nat Phillips and Rhys Williams at various stages throughout the campaign.

After the 1-1 draw with West Brom last week, a result that was largely down to some questionable defending, Jamie Carragher said that Liverpool simply had to sign another centre back in the coming weeks.

He has now doubled down on those comments.

Writing in his column in the Daily Telegraph today, Carragher said if Liverpool fail to add a defender in this window, it would only serve to add belief to other teams that they could pip Klopp's side to the title.

The injury to Virgil Van Dijk alone will cost Liverpool between nine and 12 points over the course of this season.

And although Fabinho has proved a fantastic deputy at the back, Joel Matip’s ongoing problems means, to me at least, that it is inconceivable that Liverpool will not sign another centre-half at the earliest opportunity.

I cannot understand the logic of not doing so. The club needed one anyway.

If Matip continues to be in and out of the side, and then Fabinho gets injured, how can Liverpool expect to perform at the highest level with only the inexperienced Rhys Williams and Nat Phillips to step in? That is too big a risk.

The way Liverpool have dealt with the loss of key players so far shows they will still take some stopping, but it will not be as one-sided as last year and failing to sign another defender will only lift the hopes of everyone else.

This makes a lot of sense. Having had an air of invincibility around them over the last couple of years, Liverpool look a lot more exposed without their star players at the back.

Manchester United are one team who have gained a belief that they could win the title this season, and if Liverpool fail to address their issues this month, that belief will only continue to grow. 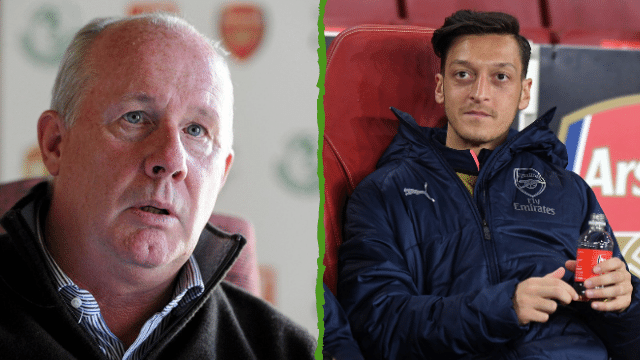