Premier League
May 8, 2022
By Eoin Harrington

Luke Ayling was sent off for a wild tackle in Leeds' defeat at Arsenal on Sunday afternoon, and Jamie Carragher slammed the English right back in his half-time analysis.

Ayling's two footed challenge on Gabriel Martinelli will see him miss Leeds' last three games of the Premier League season. With the club rooted in a tight relegation battle, Carragher suggested that Ayling's red card could mean he has played his last game in the top division.

Carragher slammed Ayling's professionalism for diving in with such a wild tackle and letting down his teammates.

Luke Ayling's tackle on Gabriel Martinelli was an ugly one. Initially, referee Chris Kavanagh only awarded a yellow card. However, a VAR review made clear that Ayling needed to be sent off after leaving the ground and diving in with his studs up on both feet.

It was a shocking challenge, and Jamie Carragher slammed Ayling at half-time on Sky Sports.

I love Luke Ayling as a player but what an idiot. The lack of professionalism for his own teammates and what that could mean going forward.

It's not just down to 10 men - disgusting tackle, coming in two feet there. To do that, put your teammates down to ten men and you miss the rest of the season.

That could be the last ever game Ayling plays in the Premier League.

Ayling will now miss Leeds' final three games against Chelsea, Brighton, and Brentford. The 2-1 loss to Arsenal at the Emirates leaves Leeds in the relegation zone and, with the tricky games they have coming, they will sorely miss Ayling in their battle to stay up.

Ayling was not the only one whose temper flared on Sunday afternoon. Raphinha had to be restrained by his Leeds teammates as he aggressively protested the decision to send Ayling off.

In the opening moments of the game, Leeds goalkeeper Illan Meslier had a nightmare, as a loose touch allowed Eddie Nketiah to tackle the ball into the net for Arsenal's opener.

A howler from Illan Meslier and it's the worst possible start for the away side! 😬

It is hard to predict what will happen next in the Premier League relegation battle.

Leeds, however, seem to be in big trouble. They have let Burnley off the hook after their loss to Aston Villa on Saturday, and Everton's win away to Leicester on Sunday also has them in control of their own destiny.

It seems as though Jamie Carragher's prediction that Luke Ayling has played his final Premier League game may come true.

SEE ALSO: Jurgen Klopp Was Not Impressed With Spurs' Tactics At Anfield 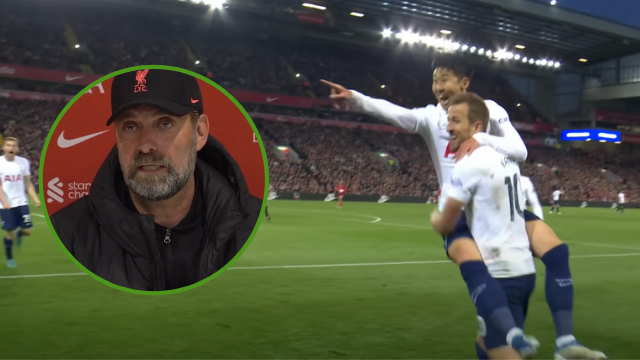