The Frenchman rejoined the Premier League club from Juventus in the summer of 2016 for what was then a world record €105 million fee.

"He’s possibly never done well in any position or tactical set up that different managers have had at Manchester United," Carragher told Talksport.

"Would I pick him in the Manchester United team? No, I wouldn’t. He’s a huge name, he’s come for a huge transfer fee, but I don’t think he’s a great player.

"People say he’s won the World Cup and I get that. When he came in, I thought he might have the impact like [Frank] Lampard at Chelsea, [Steven] Gerrard at Liverpool, Yaya Toure at Man City – those players drove their team to titles, European Cups.

"When you’re that man who’s seen as the one to take United to the next level - getting back to winning titles and European Cups - which people might say it’s too much pressure to put on one man, but that’s what we were almost told was coming.

"It just hasn’t happened for him at Manchester United. For me, I’d be looking to move him on."

"Manchester United have to play two holding midfield players because it’s been proven that when Pogba has played in one of those advanced positions – against Crystal Palace and Brighton – you got counter-attacked and it was so open," said the former Liverpool defender.

"Pogba cannot play central midfield because it leaves you too exposed. We highlighted that and analysed that on Monday Night Football.

"In terms of playing Bruno Fernandes and Paul Pogba ahead of one sitting midfielder, like Man City did under Pep Guardiola with [Kevin] De Bruyne and [David] Silva in those positions, we almost imagine that they float around the pitch and did what they wanted.

"Pep Guardiola doesn’t accept that. He plays a positional game where each player has to be disciplined and stick to their position. Fernandes and Pogba are not disciplined.

"They are probably two of the most undisciplined players in the Premier League.

"You can maybe carry one but you can’t play the two of them. It’s one or the other."

See Also: Connolly And Robinson Ruled Out For Ireland Games 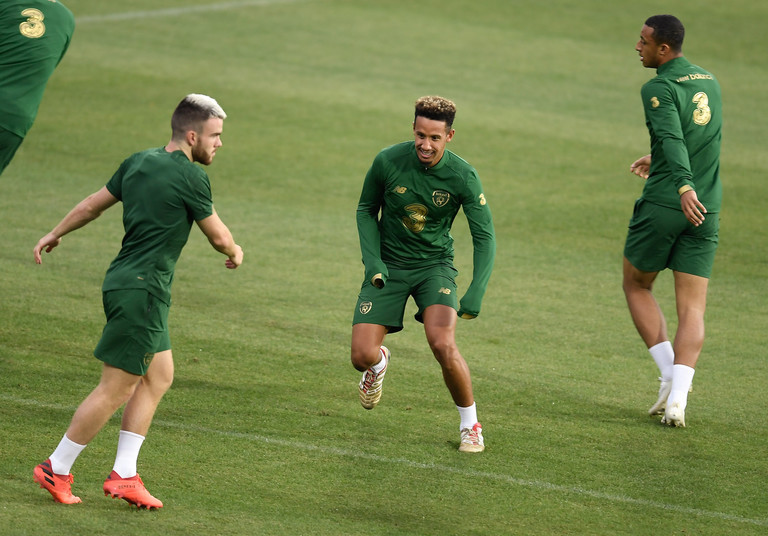